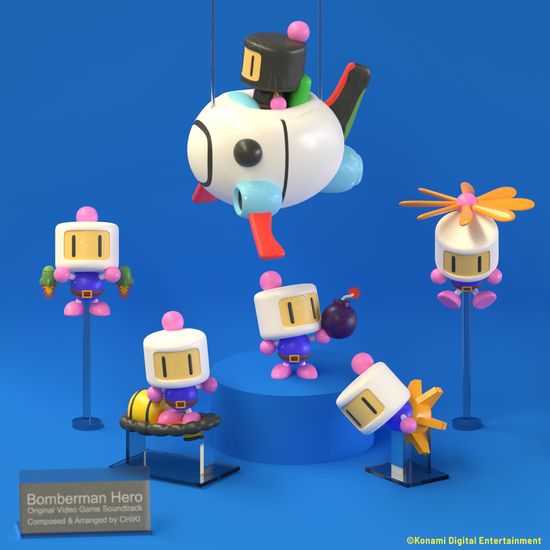 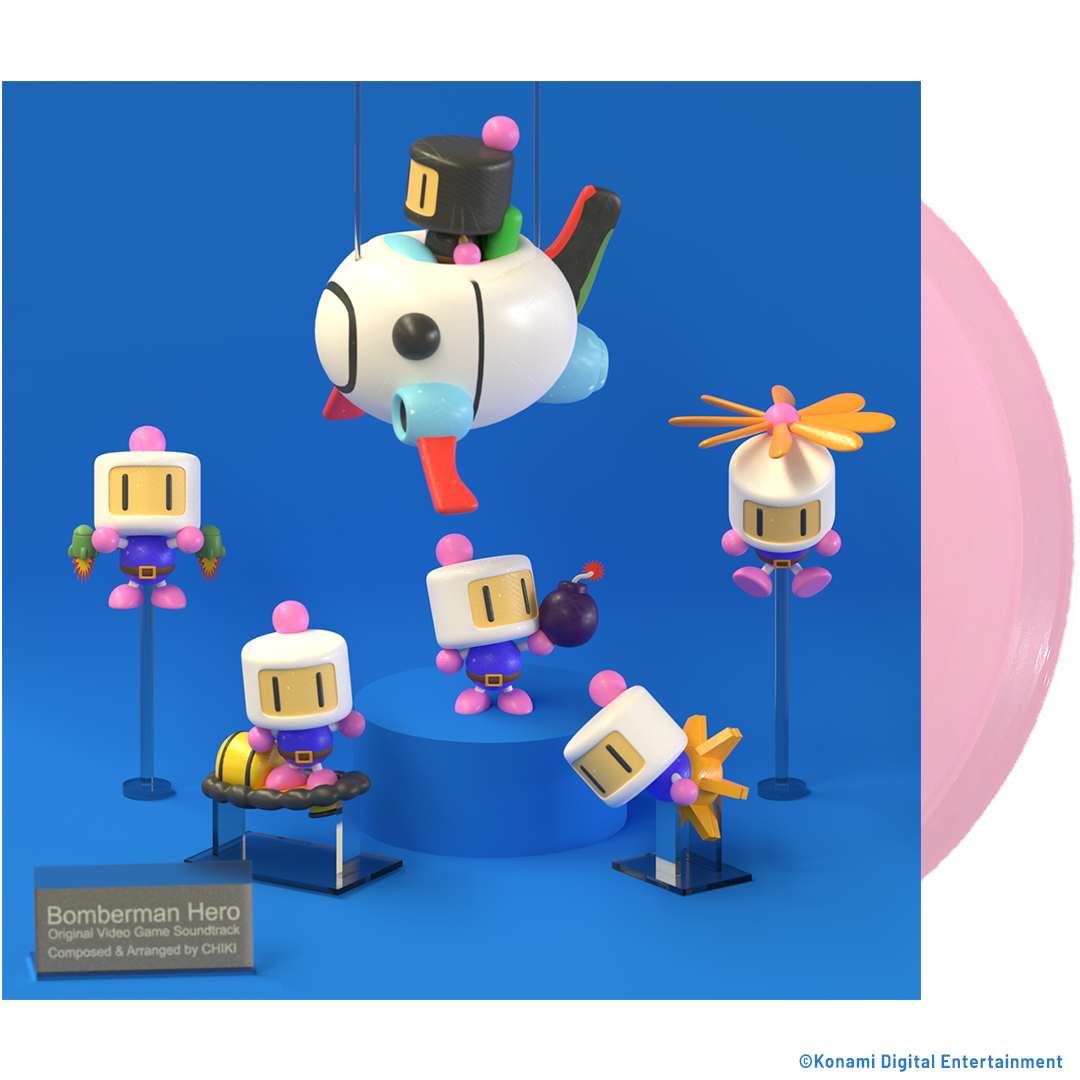 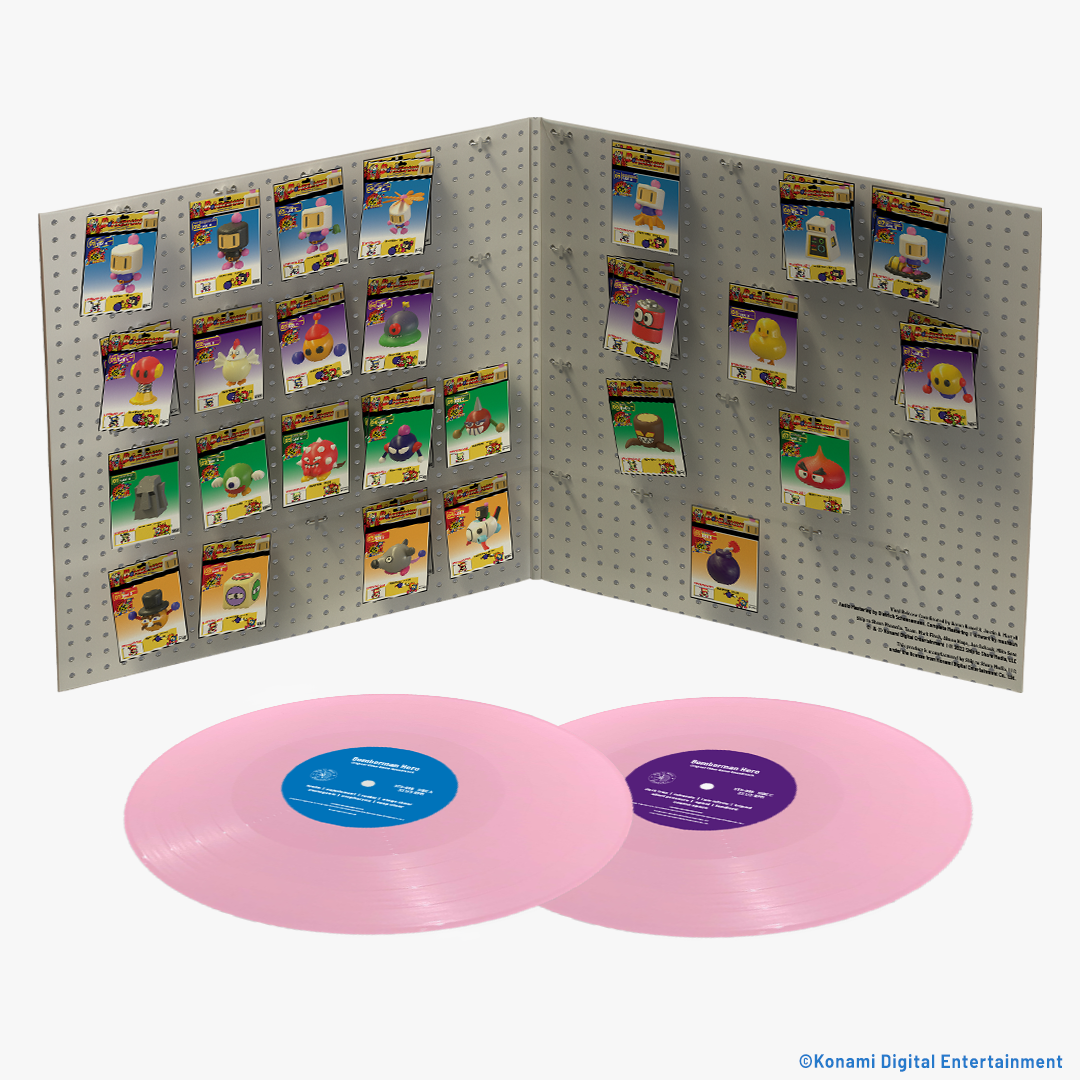 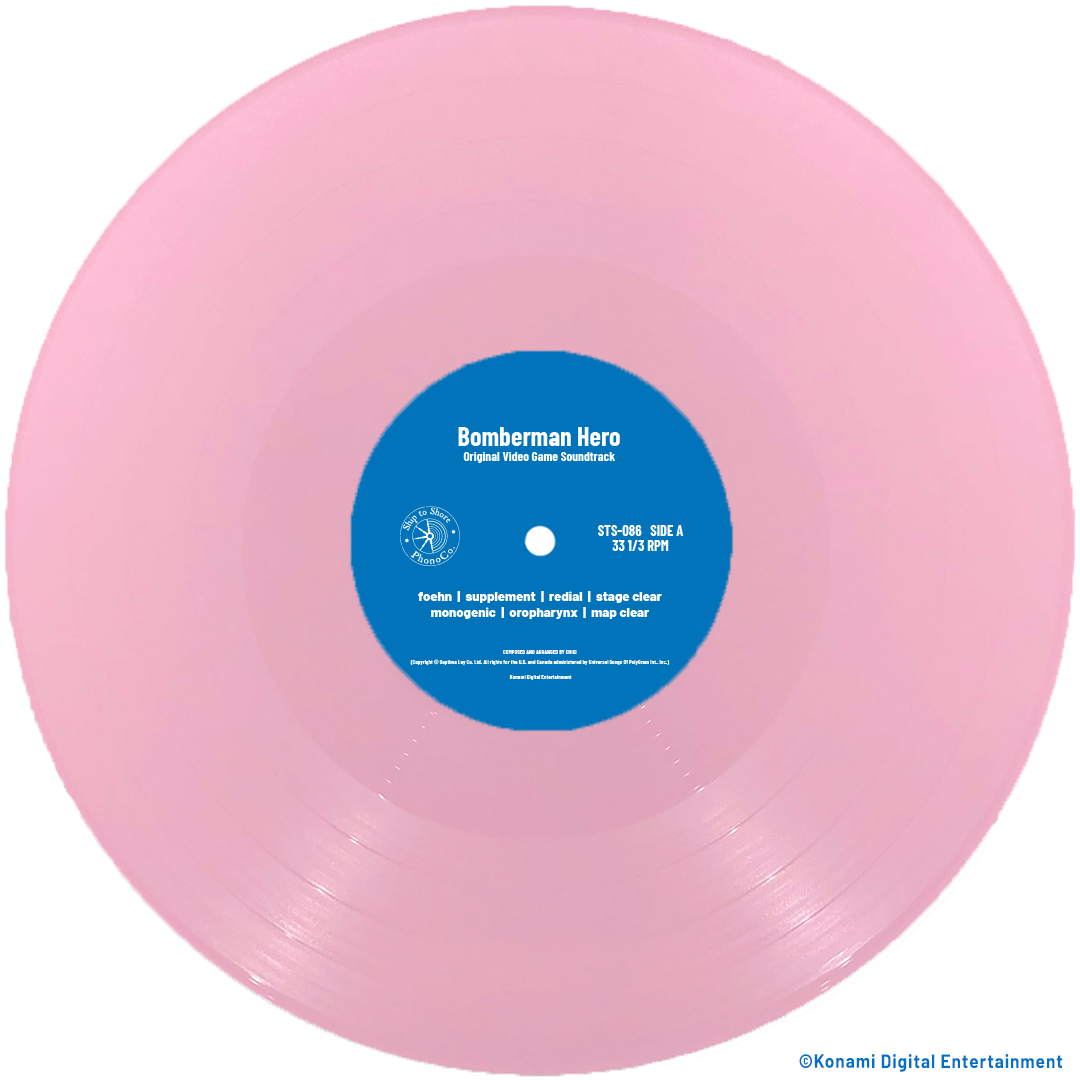 Ship to Shore PhonoCo. is very proud to announce the release of the original N64 soundtrack to Bomberman Hero, now officially available on vinyl for the first time! Fan-favourite Bomberman Hero first appeared on the Nintendo 64 in 1998, and promptly blew everyone’s collective minds with its soundtrack. Series regular Jun Chikuma continued her winning streak of memorable VGM compositions by changing the formula to the franchise completely and removed all traces of chiptune. Instead, drum & bass, leftfield electro and even a touch of acid techno rip through the proceedings, like 808 State remixed by a chilled-out Goldie, making this album not just a bonafide classic for VGM fans but also a damn fine LP for electronic & breakbeat enthusiasts. Outside of its Japanese CD release in 1998 (now excruciatingly difficult to find — and afford!), the album has been unavailable in international markets, besides the occasional inferior-sounding LP bootleg, which is why we are so thrilled with this pressing: it’s the first official release of the soundtrack on vinyl – mastered from a new original hardware recording – and it should absolutely not be missed!