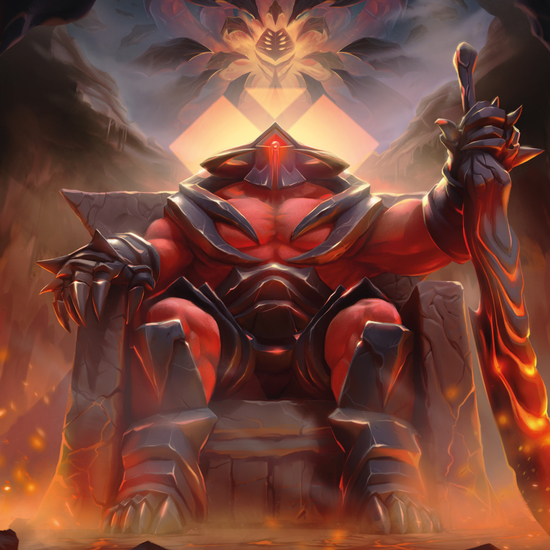 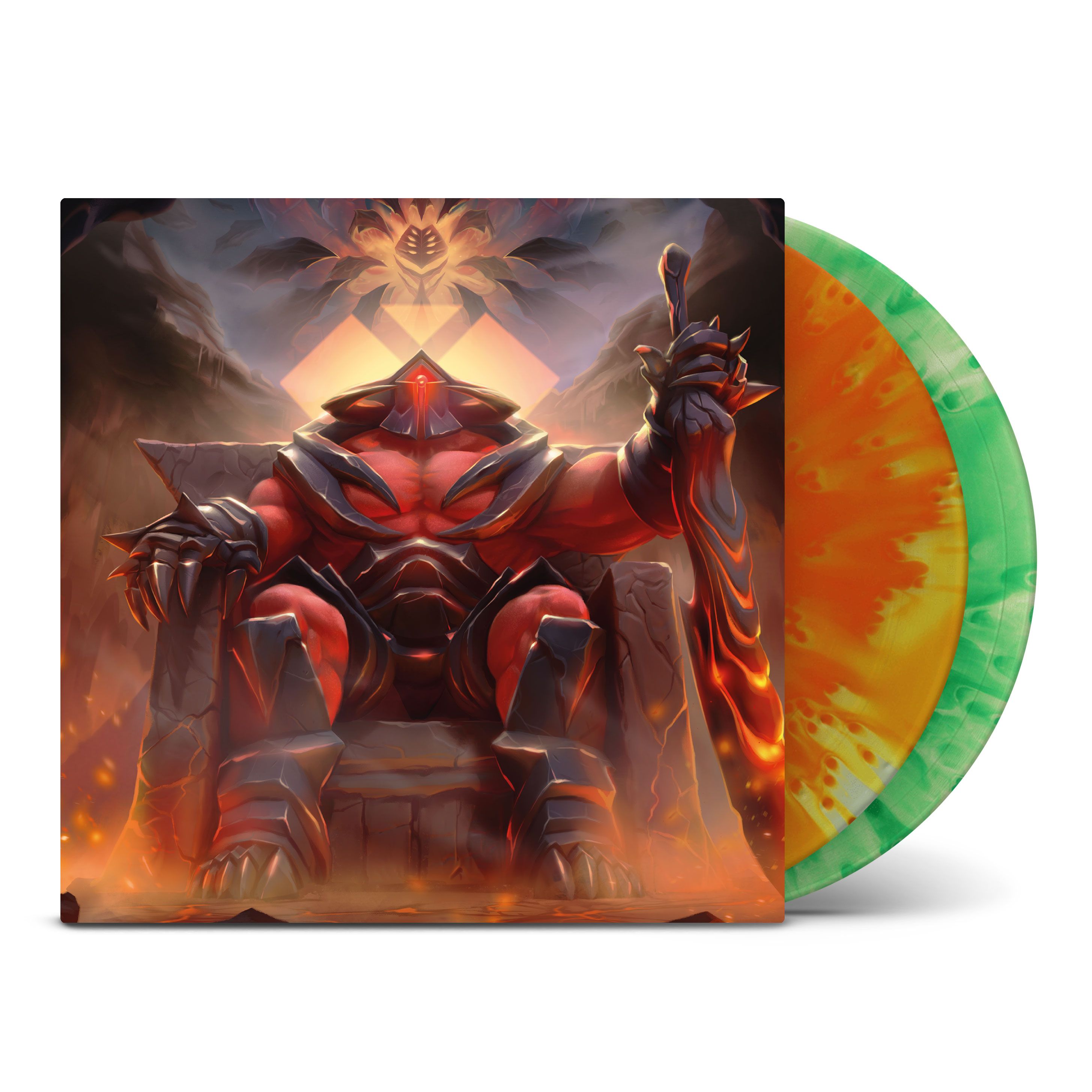 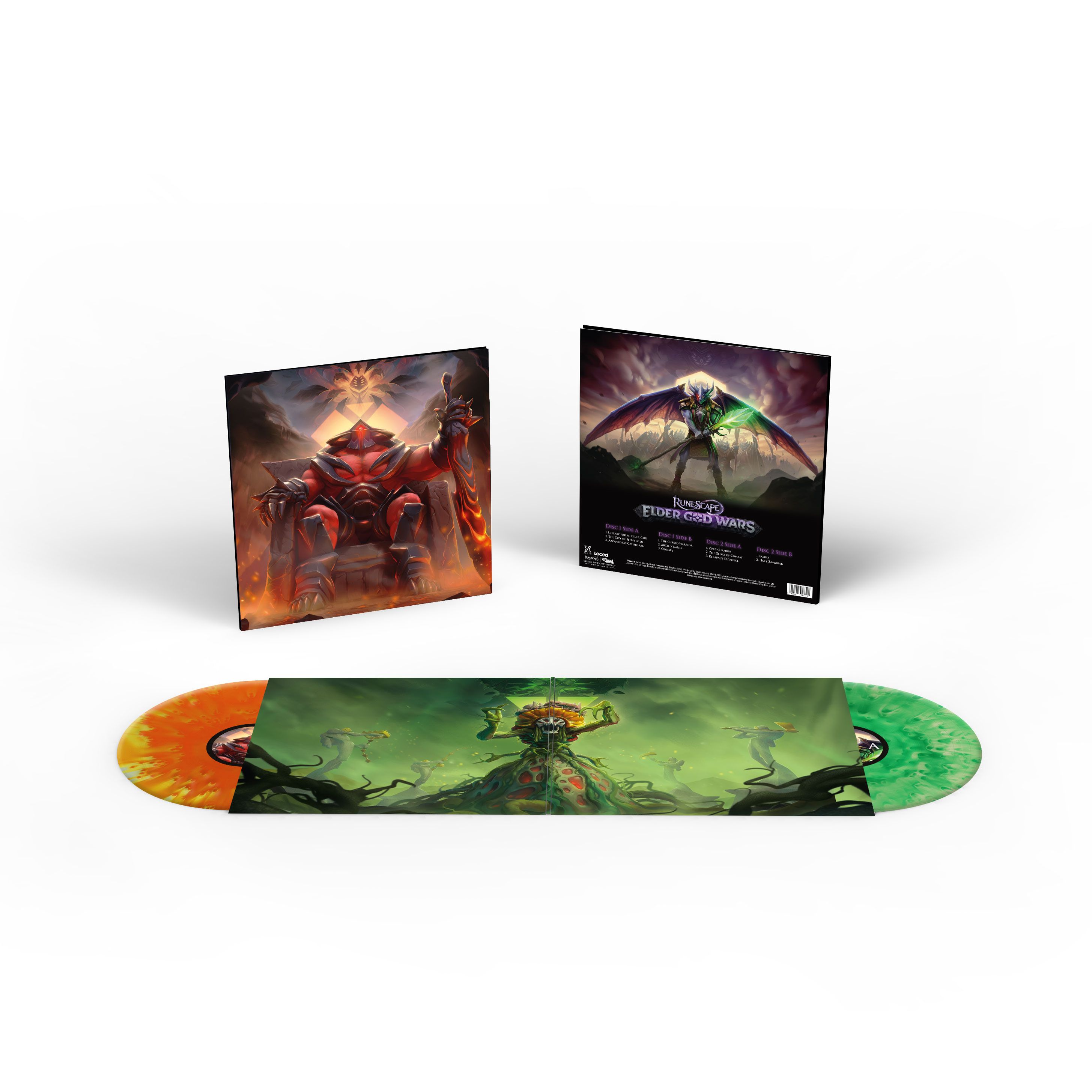 World Guardians rejoice! The musical magicians at Jagex have conjured up another epic soundtrack album to accompany players as they battle through the fronts of the mighty Elder God Wars Dungeon.

This double LP includes 11 tracks specially mastered for vinyl, which will be pressed to orange & clear and green & clear cloudy effect heavyweight discs. These will slip into a deluxe gatefold sleeve boasting gloriously divine artwork by the Jagex team.