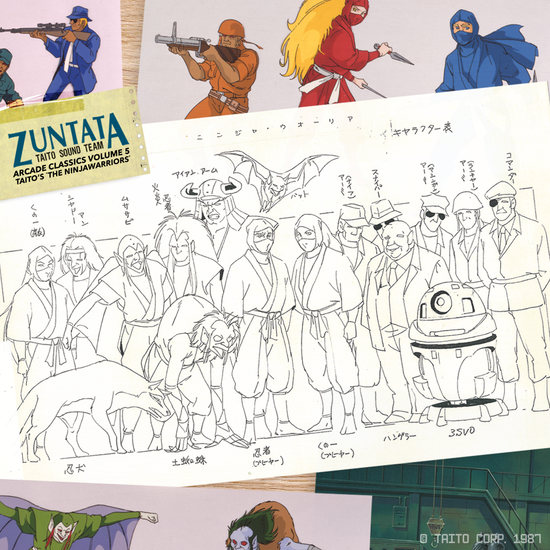 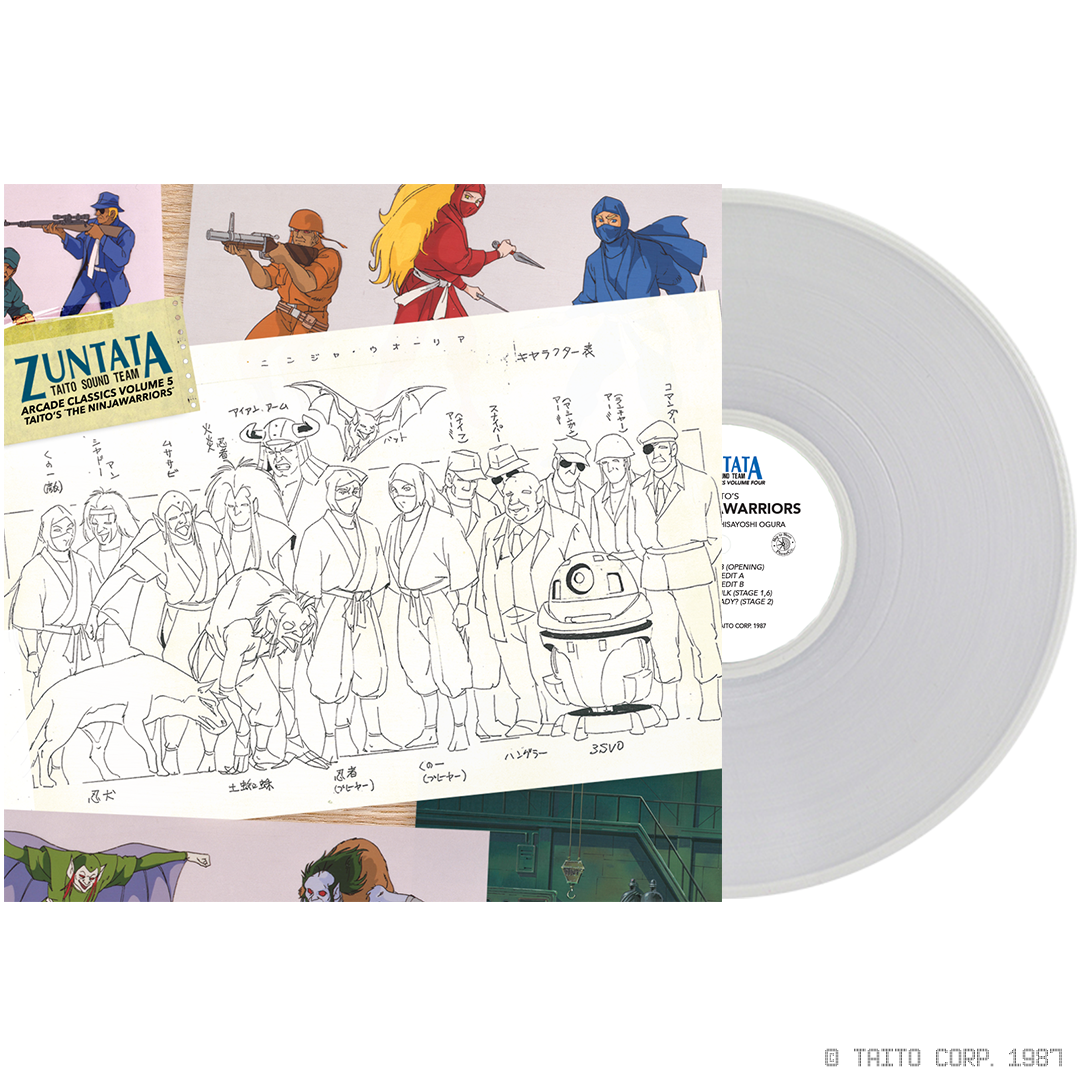 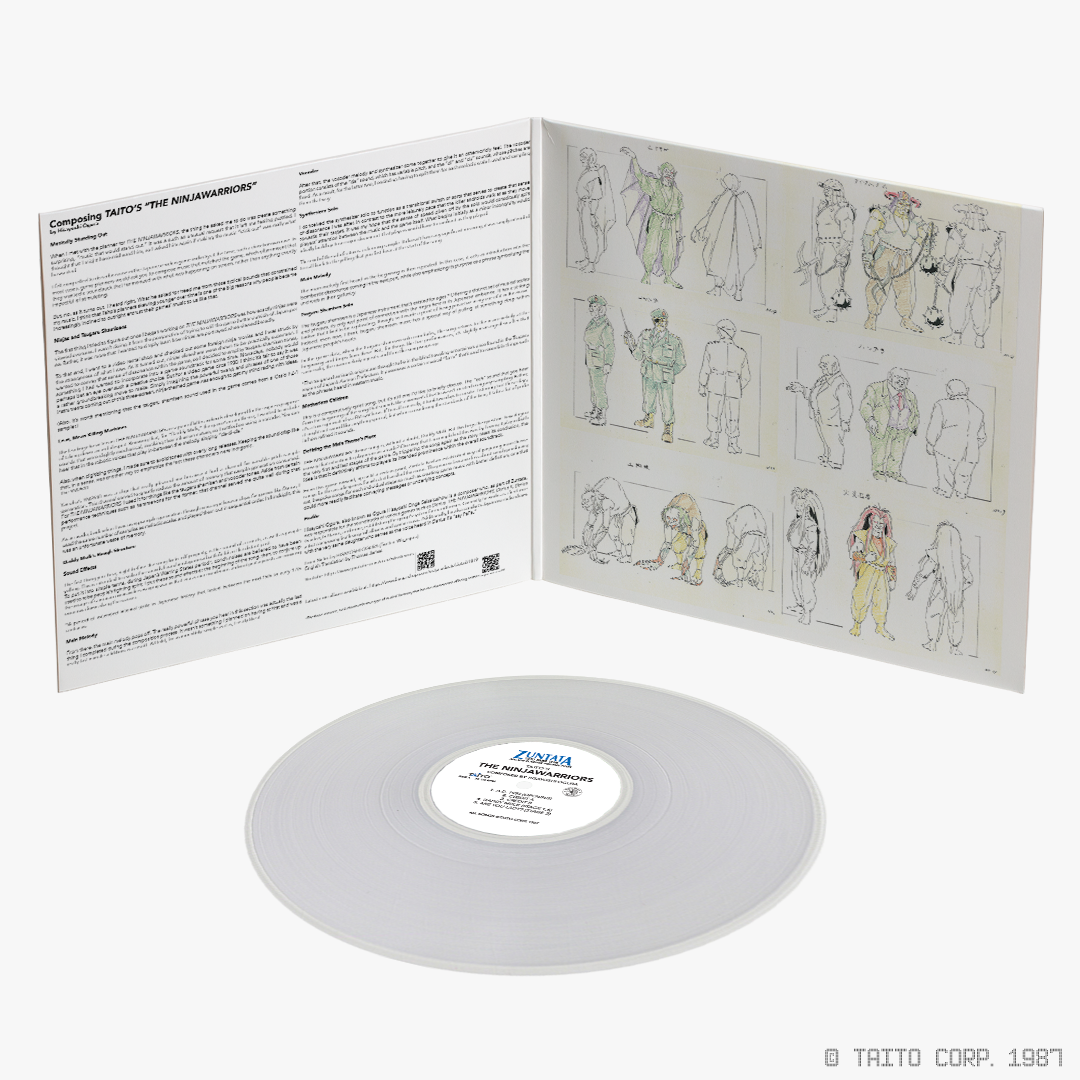 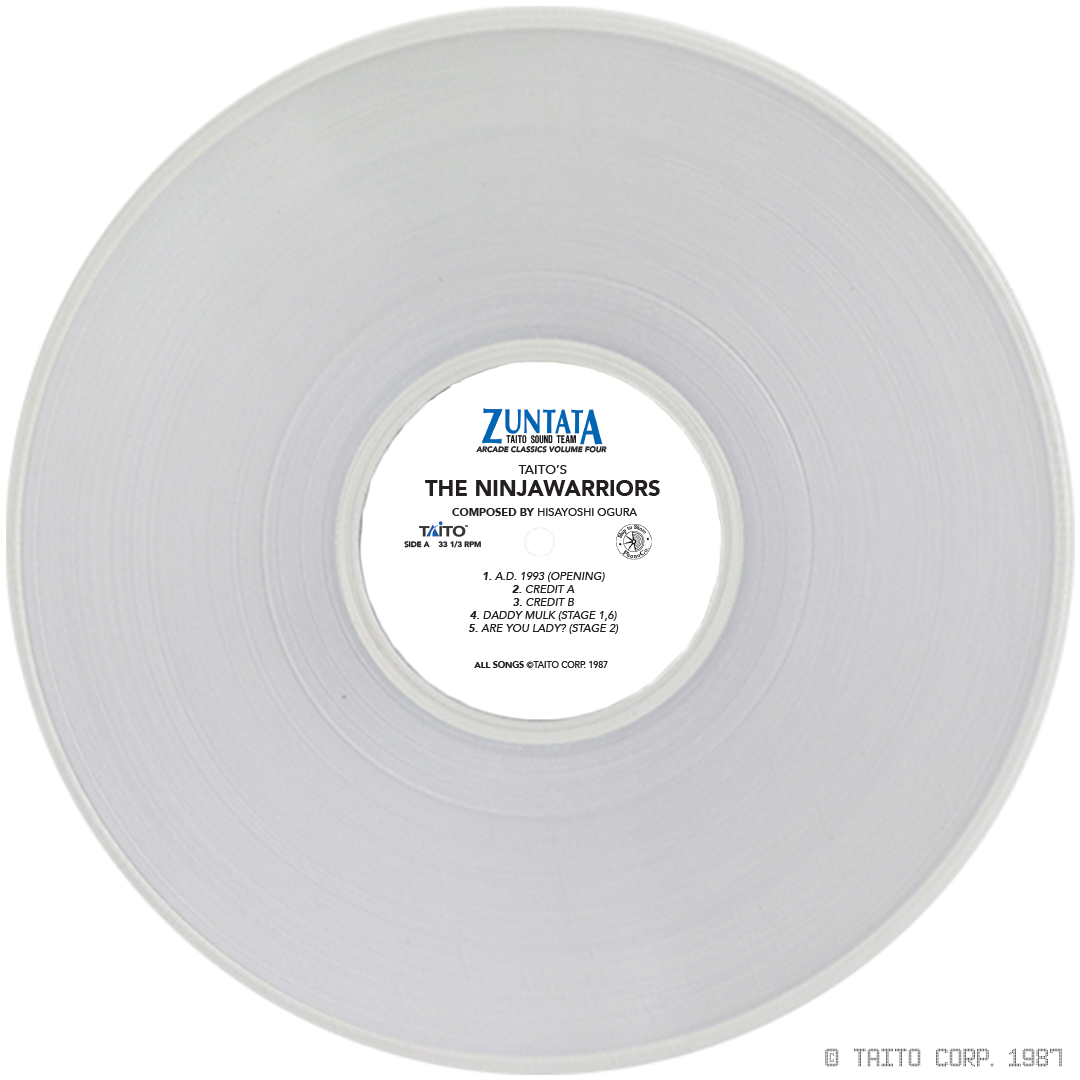 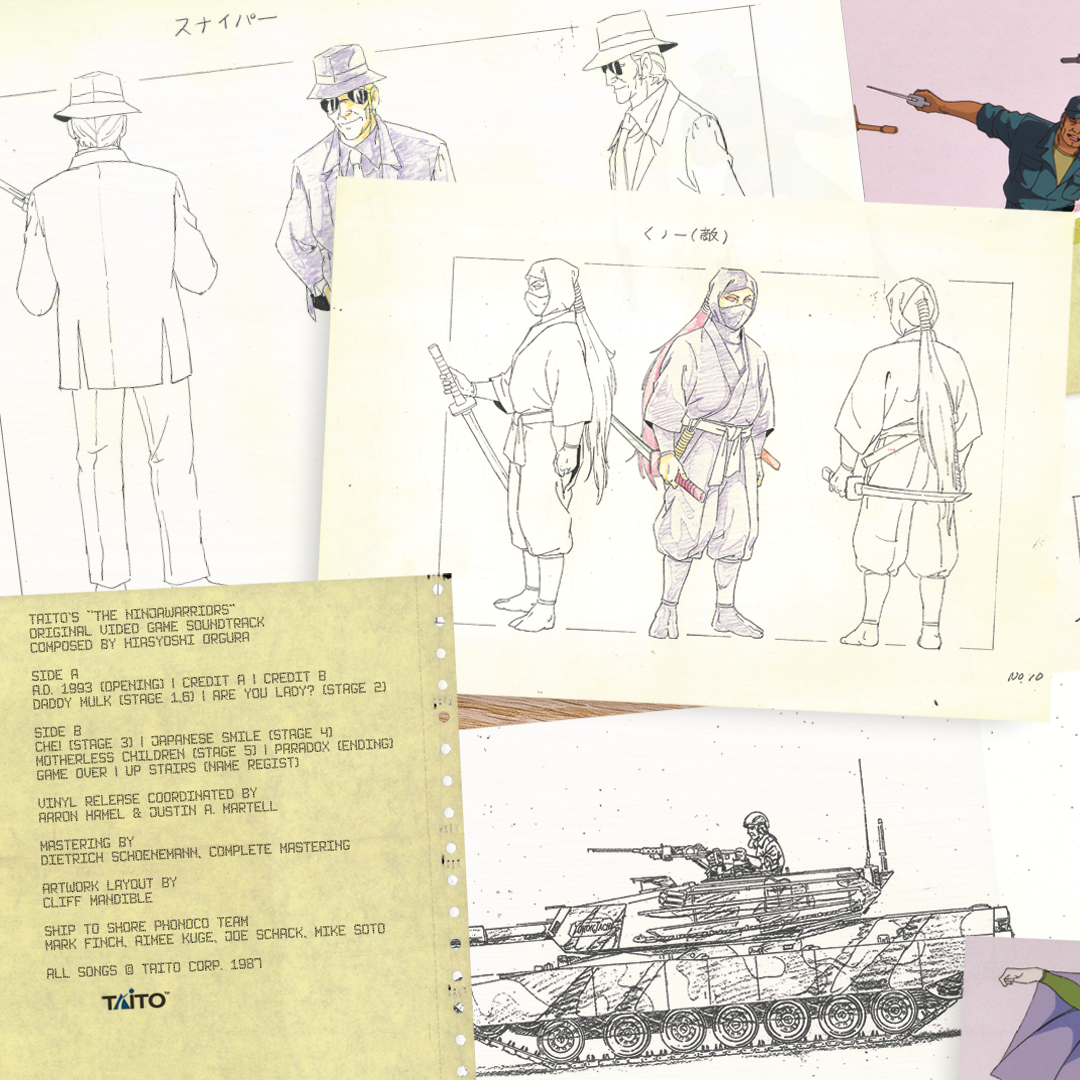 Ship to Shore PhonoCo. is proud to announce the original arcade soundtrack to Taito’s THE NINJA WARRIORS, available on vinyl for the first time!

Storming into arcades in 1987, Taito’s THE NINJA WARRIORS became an instant hit due to its smooth gameplay style, well-rendered graphics and superb soundtrack. The game – presented in a triptych arcade cabinet, offering a glorious “triple-widescreen” presentation of the action – was set in the not-too-distant future of 1993, where a group of scientists create two ninja androids to tackle – and bring down – the President and his hyper-authoritarian regime, in an explosive suicidal mission of rebellion…

Hisayoshi Ogura – the composer of Darius – brings his imitable style to the proceedings. Many VGM fans consider this to be one of the best video game soundtracks of the era and it isn’t difficult to understand why. Complimenting the side-scrolling action on screen perfectly, the score captures you with its complex melodies and outstanding arrangements and is utterly, utterly infectious!