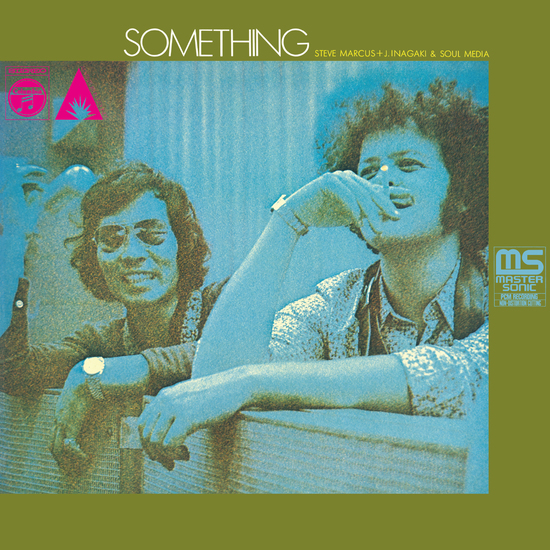 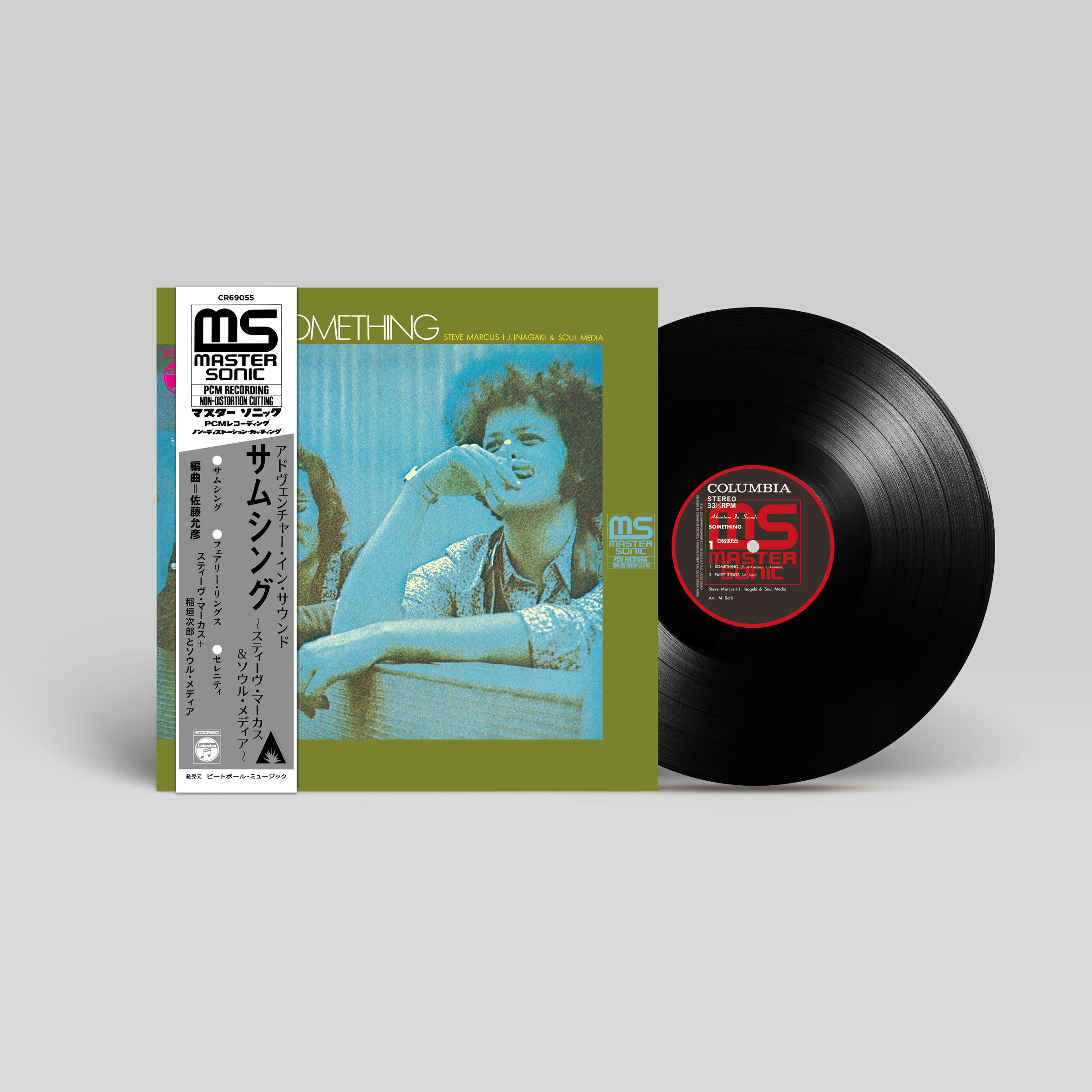 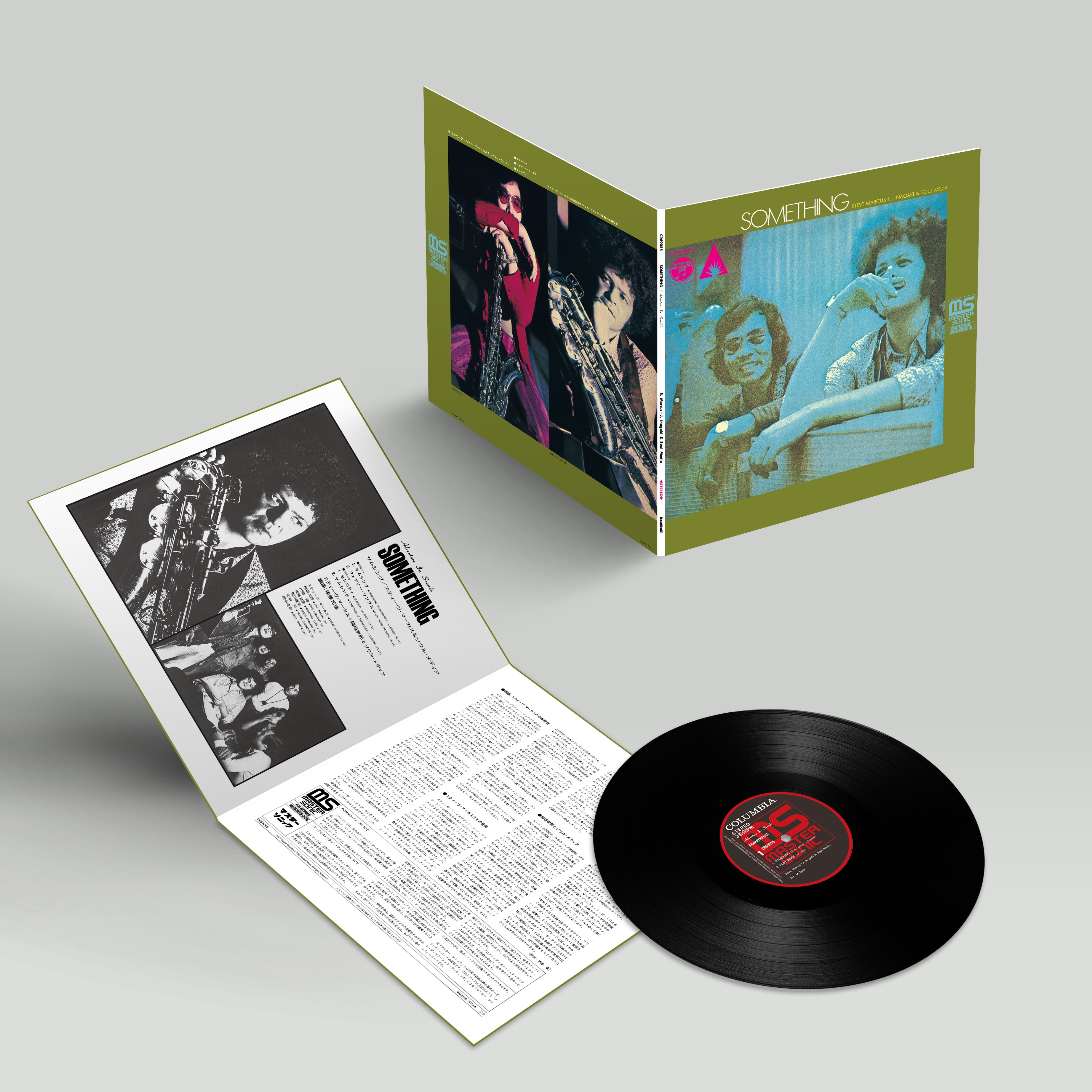 This historic record happened when sax player Steve Marcus, upon visiting Japan alongside Herbie Mann and Woody Herman, accepted an invitation from Inagaki Jiro. It’s an important historical marker not only for Japanese jazz but also for recording in general, since it was the first work recorded on PCM digital audio. Joining in on this monumental session were Inagaki and his jazz rock unit, Soul Media – with a lineup including Masahiko Sato (p, elec. p), Ryo Kawasaki (g), Yasuo Arakawa (b), Hajime Ishimatsu (ds), and Seiji Tanaka (ds). ‘Fairy Rings’, an original track by Sato, boasts a tight interpretation that makes it a highlight of the album. Included as a bonus track is a sprawling, 13-minute long alternate take jazz rock / free jazz rendition of ‘Something’, which was discovered at the time of the 2013 CD reissue.