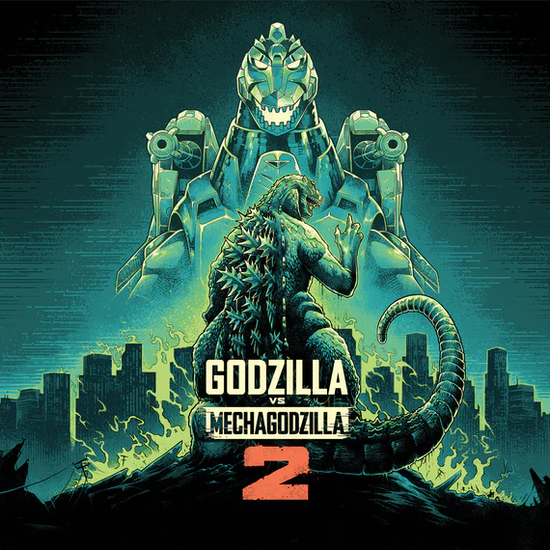 The Big G is back! But so is the Big Metal G in the 1993 Toho classic GODZILLA VS MECHAGODZILLA II. An exploration team in the Bering Sea finds an unhatched egg before being caught in a smackdown between Godzilla and the giant Pteranodon Rodan. The egg hatches to reveal a Baby Godzilla, but unfortunately, its presence draws Godzilla to its location. However, this allows the emergency service of G-Force to test out their newest anti-Godzilla weapon: the gigantic mecha Mechagodzilla, loaded with missiles and secret weapons to bring down the giant monster. Once again, GODZILLA VS MECHAGODZILLA II was scored by the legendary Akira Ifukube, whose incredibly thrilling music is a highlight of one of Toho’s best kaiju epics. Of course, the traditional Godzilla theme is front and center and as rousing as ever, but Ifukube also returns to his wonderful original 1956 music for Rodan. Mechagodzilla is given a huge, lumbering theme with low brass that conveys its tremendous power. Still, the sweet and quirky material provided to Baby Godzilla is perhaps the highlight of the score, with a solo woodwind motif and beautiful soaring strings befitting the regality of the son of the Big G. Another Ifukube masterpiece!