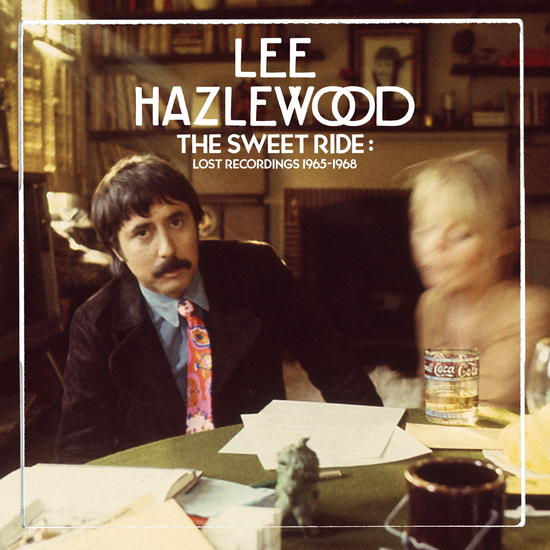 Light in the Attic Records is proud to continue its Lee Hazlewood archival series with The Sweet Ride: Lost Recordings 1965-68, a new compilation of demos, outtakes and home recordings from Lee’s most prolific and successful era. The tracks have been cherry picked from Lee’s personal tape stash by GRAMMY®-nominated producer Hunter Lea. The audio is remastered by GRAMMY®-nominated engineer John Baldwin and features ten previously unreleased recordings.

The collection is bookended by two different studio demos of “The Sweet Ride,” the title song Lee wrote for the 1968 surfer drama film in which Lee also co-starred as “The Man.” The film version was beautifully sung by Dusty Springfield and released on the soundtrack LP The Sweet Ride (20th Century Fox S4198, 1968). Both the fast and the slow demos were recorded on July 12, 1967 and feature the Los Angeles session musicians, The Wrecking Crew, which include the unmistakable piano of Don Randi. Don mentioned how Lee became friends with co-star Tony Franciosa while working on The Sweet Ride film. Lee thought so highly of Tony that he and Don demoed some songs in hopes to record an album, but Tony just couldn’t sing!

Tracks 2-5 are from a previously unheard demo tape, recorded August 12, 1965, the day before Lee’s very first session producing Nancy Sinatra! The songs were recorded at Sunset Sound Recorders and engineered by Bruce Botnick (The Beach Boys, Jerry Goldsmith, The Doors, Love). These four recordings are the missing link between Lee’s albums, Friday’s Child (Reprise 6163, 1965) and The Very Special World Of Lee Hazlewood (MGM E-4362, 1966 & LITA 131, 2014). “I Move Around,” and “When A Fool Loves A Fool” were re-recorded in 1966 for The Very Special World Of Lee Hazlewood, “The Old Man & His Guitar” was re-recorded for Lee Hazlewoodism: It’s Cause And Cure (MGM E-4403, 1967 & LITA 132, 2014) and “Big Town” never made it on album, it’s heard here for the first time!

“Winter Moon” and “Little Bird” are a pair of mid-1960s acoustic demos. The raw, intimate tracks capture Lee sketching out new songs on his guitar. These embryonic recordings are the only known versions of the two compositions.

“Spring Thing” was recorded in November of 1968 as a demo for The Spring Thing NBC television special theme song. The program featured Bobbie Gentry, Noel Harrison, Harper’s Bizarre, Goldie Hawn, Rod McKuen, Shirley Bassey and others. It aired in April of 1969 with Lee Hazlewood serving as the musical director. There is a very rare promo LP The Spring Thing (Celanese Arnel, CEL-31769-A, 1969) that features a different cast recording of Lee’s composition and other songs from the special.