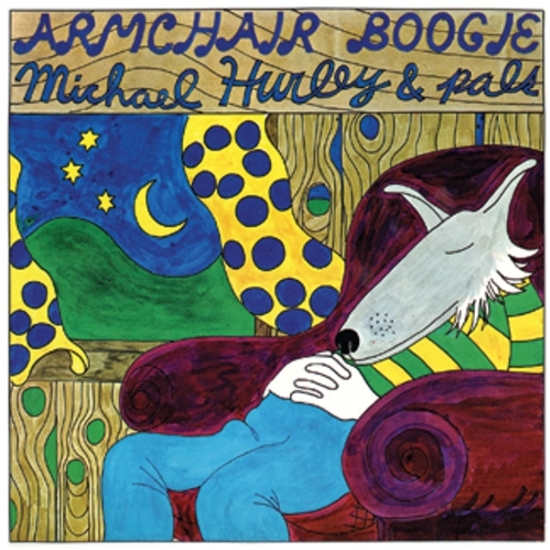 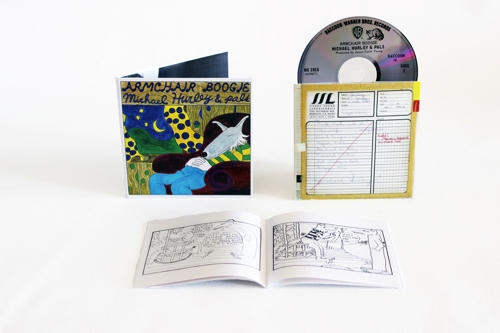 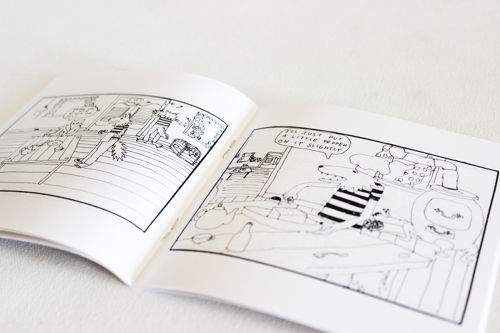 Recorded with Jesse Colin Young, Armchair Boogie is Hurley’s debut album proper, and the one in which he set out his stall as purveyor of charming, homely, folksy songs. It is, essentially, 14 songs about love and strange things – werewolves (‘Werewolf’), institutionalized English gentry (‘English Nobleman’) and aquatic birds (‘Penguin’) all appear. Credited to Michael Hurley and pals, Young is among the friends who appear. Largely acoustic, it features little more than the sound of Hurley’s guitar and voice and the occasional mouth trumpet.

This is the highly sought-after album sounding better than it ever has. It comes with a 36 page facsimile reproduction of the cartoon book drawn by Hurley, who does all his own artwork, this time following the exploits of two hick wolves named Jocko and Boone. It’s housed in a deluxe, gatefold, tip-on jacket.