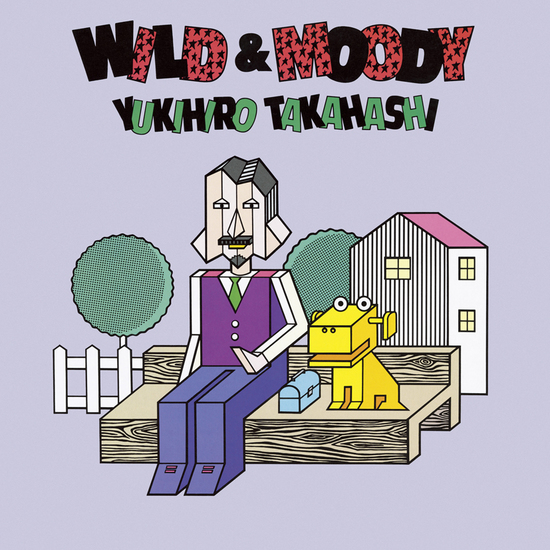 WILD & MOODY is the artist’s sixth and last studio solo album on the YEN Label. In contrast to his previous album Tomorrow’s Just Another Day, which mostly consisted of mellow tunes, where half had Japanese lyrics, this album explores digital funk sounds and features all English lyrics setting the stage to pursue a global audience. Iva Davies of the Australian band Icehouse appears on Tracks 2, 7, and 8; lyrics for track 2 were written by Steve Jansen from the band JAPAN, who considers Takahashi his mentor and Track 4 is a cover of the Neil Young classic taken from the 1970 Crosby, Stills, Nash & Young album Deja Vu. Yoshinori Sunahara is credited for the remastering and vinyl-master cutting was done by Bernie Grundman. The Japan-only CD reissue and digital versions include a bonus track.