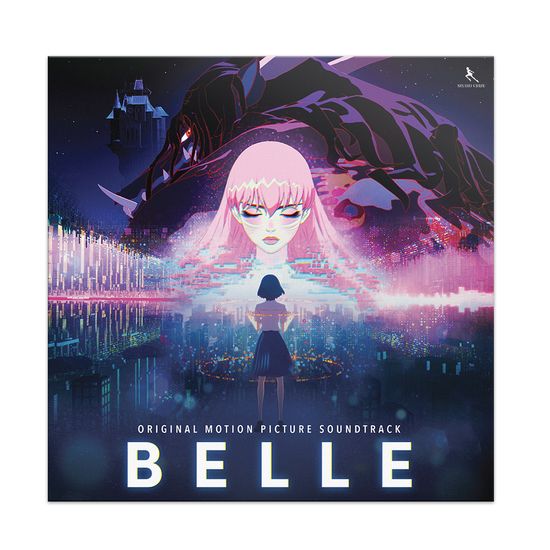 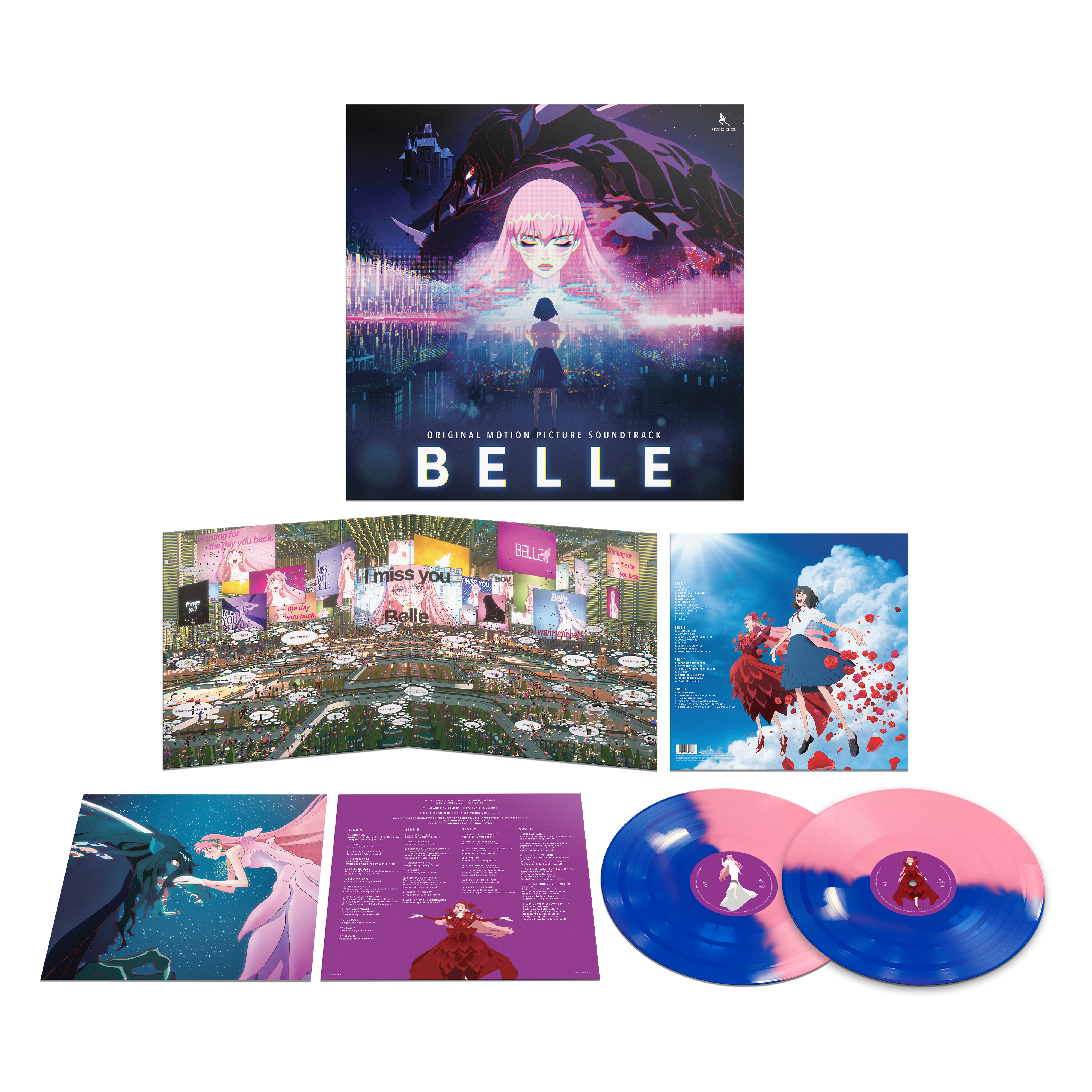 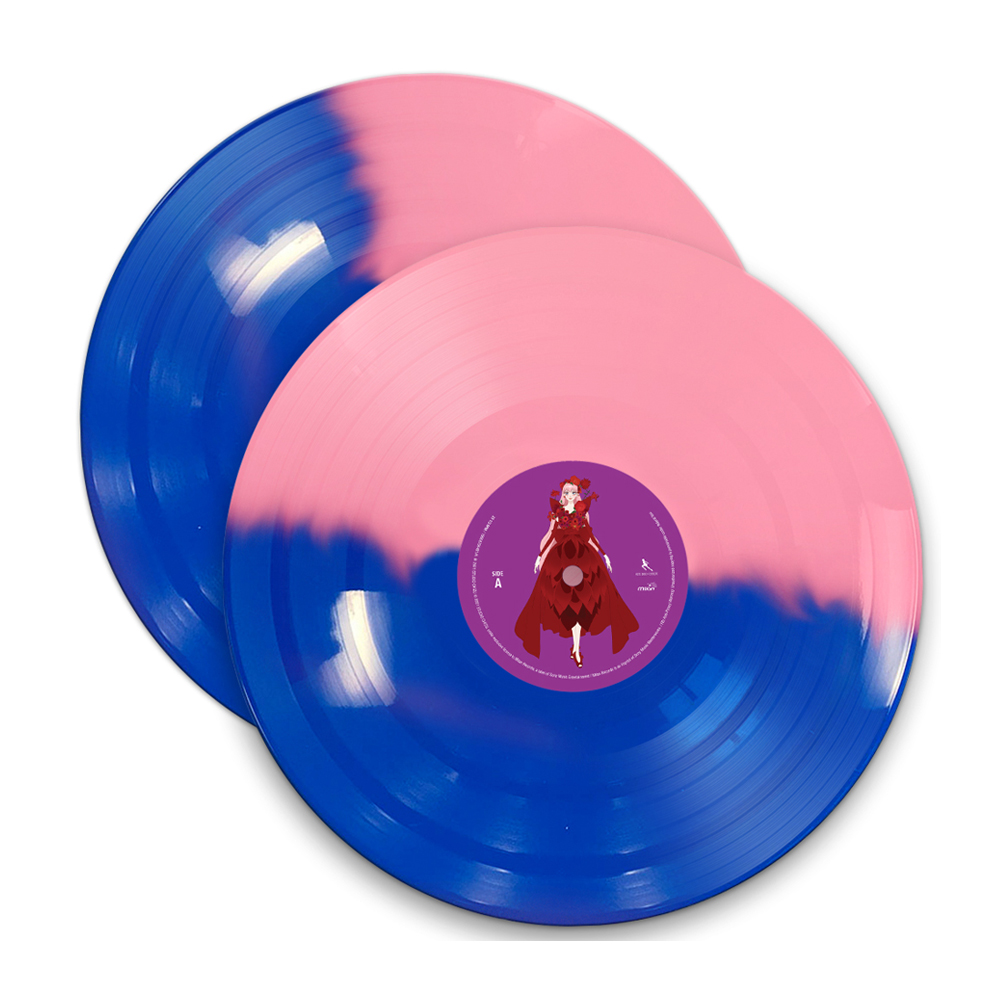 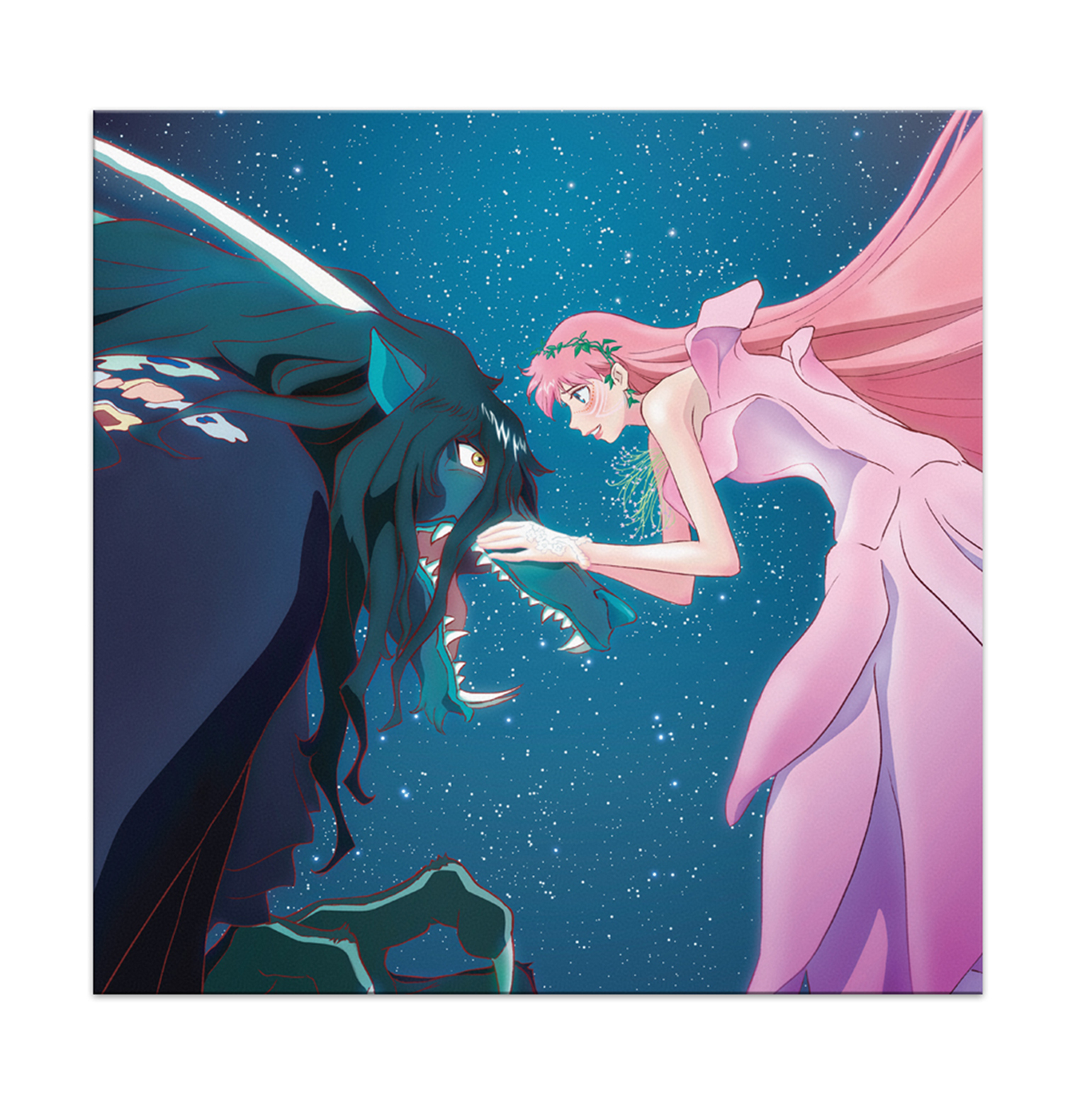 Ranging from anthemic pop ballads to emotionally-laden instrumentals, the Belle soundtrack includes original songs and score music written and arranged by Taisei Iwasaki, Ludvig Forssell and Yuta Bandoh for the anime epic directed by Academy Award®-nominated filmmaker Mamoru Hosoda. The vinyl edition of the soundtrack features a dazzling selection of original songs performed in the film by both Suzu and her virtual persona Belle (voiced by Kaho Nakamura), as well as additional English versions of four tracks performed by Kylie McNeill, who voices Belle in the English dubbed version of the film. The film’s main theme “U” was written and performed by groundbreaking Japanese act millennium parade led by Daiki Tsuneta, and two of the songs and recurring themes throughout the film, “Lend Me Your Voice” and “A Million Miles Away” feature lyrics co-written by Mamoru Hosoda.

From the celebrated Academy Award®-nominated director Mamoru Hosoda and Studio Chizu, creators of Mirai, Wolf Children, Summer Wars, and more, comes a fantastical, heartfelt story of growing up in the age of social media. The film was released in Japan shortly after it’s critically-acclaimed world debut at the 2021 Cannes Film Festival, and was later released in the United States by GKIDS Films in January 2022.