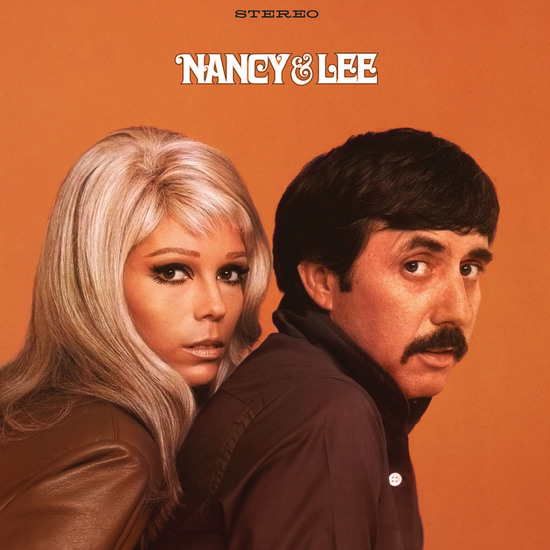 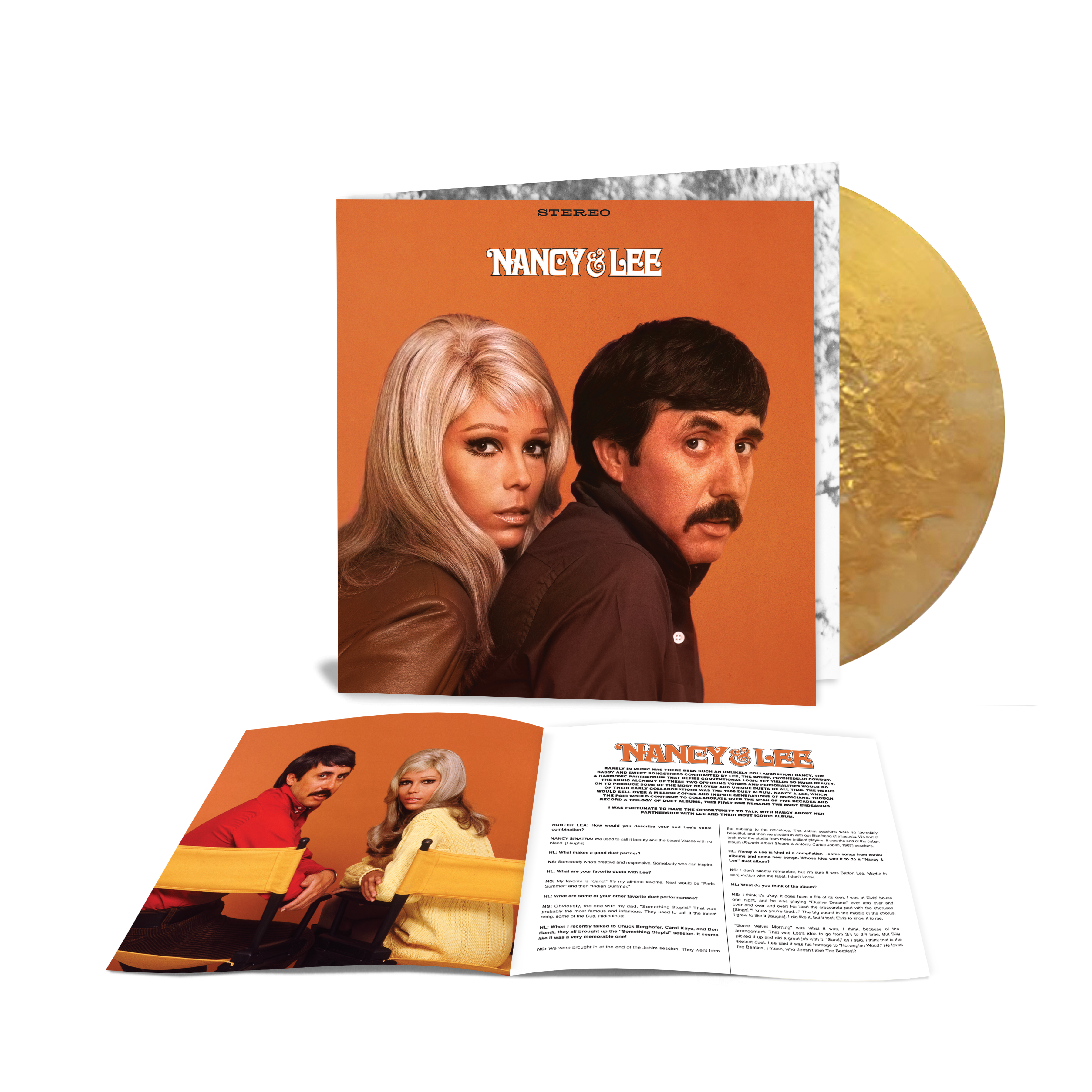 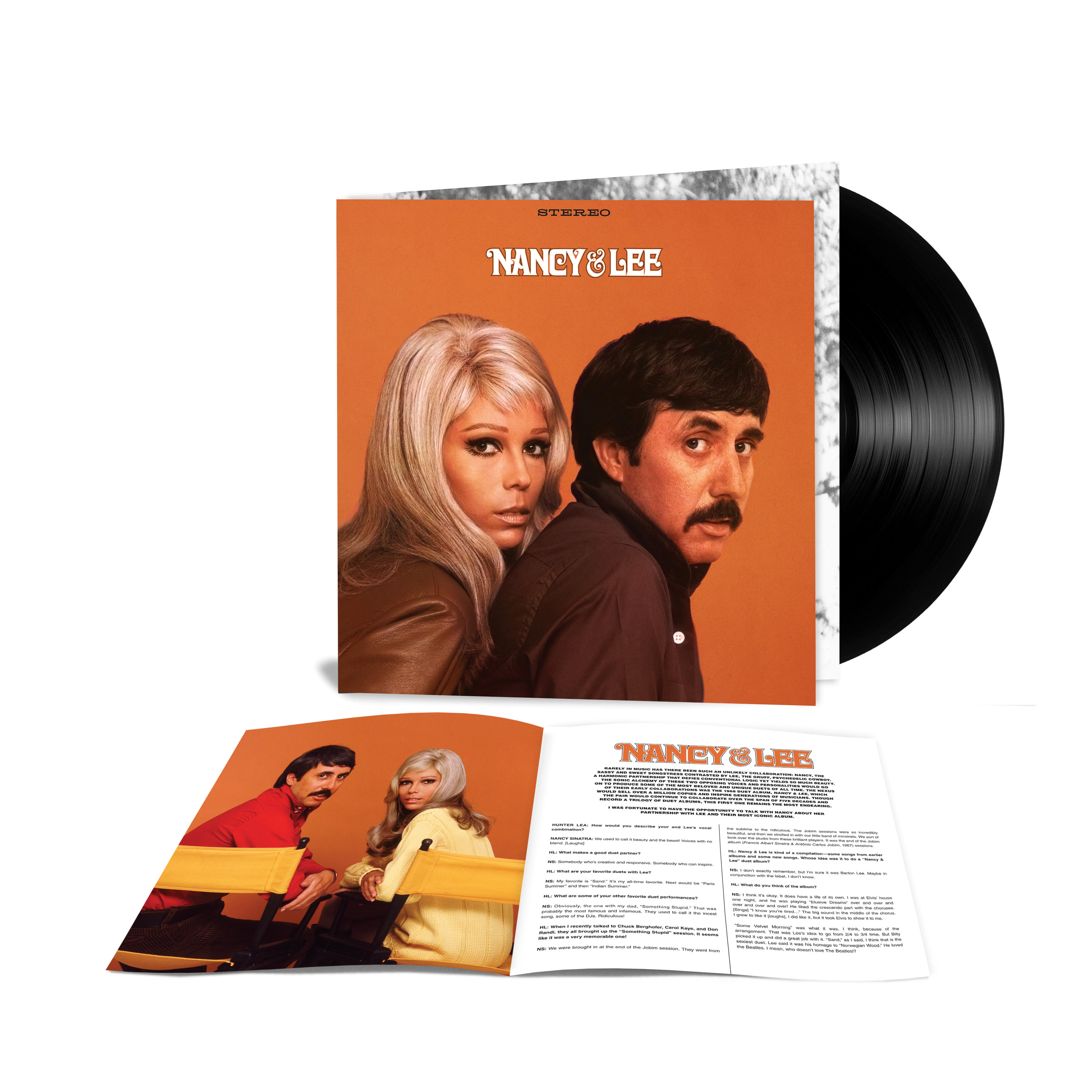 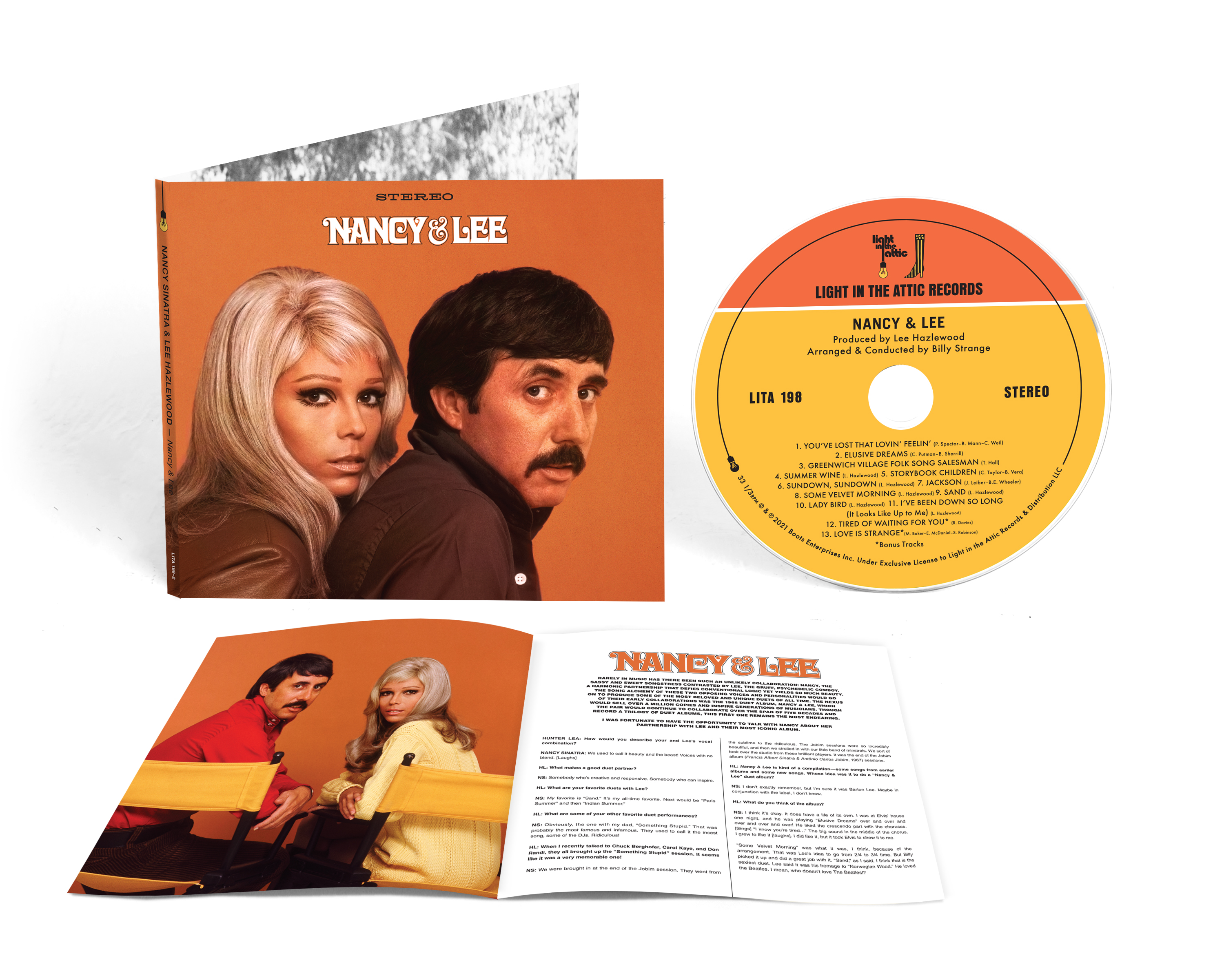 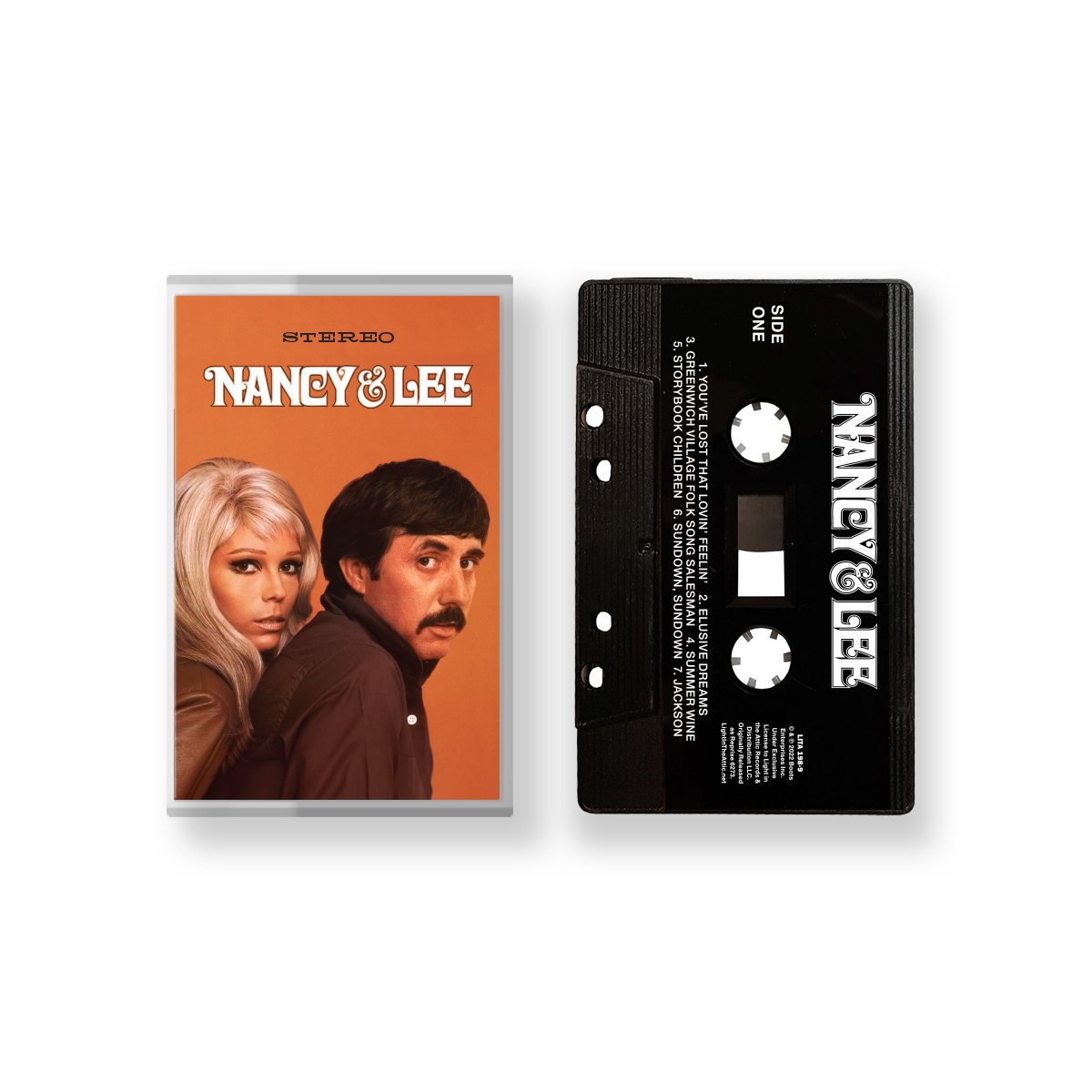 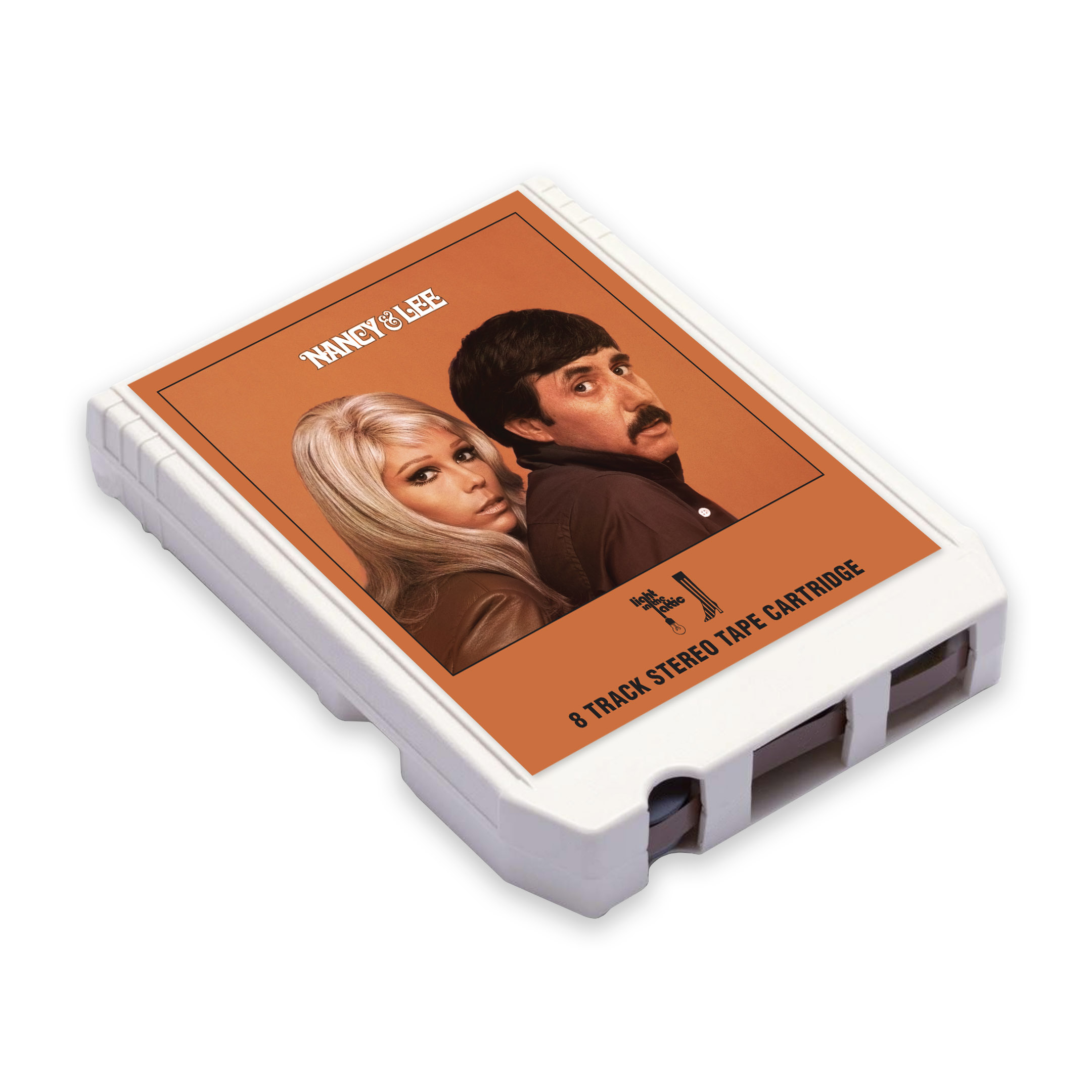 Light in the Attic is thrilled to announce the first official reissue of Nancy & Lee: the highly-influential 1968 duet album from Nancy Sinatra and Lee Hazlewood. This definitive edition of Nancy & Lee features newly-remastered audio by the GRAMMY®-nominated engineer John Baldwin and includes an array of exclusive content, including a new interview with Nancy, never-before-seen photos, and two bonus tracks from the album sessions: an ethereal cover of The Kinks’ “Tired of Waiting for You” and an uptempo version of “Love Is Strange” (first made famous by Mickey & Sylvia in 1956). This release marks the official debut on vinyl for both tracks.

Nancy & Lee can be found in a variety of formats, including vinyl, cassette tape, CD, 8-track, and digital. The vinyl LP, pressed at Record Technology, Inc. (RTI), is presented in an expanded gatefold jacket and features the iconic, original cover photo by Ron Joy. Inside, a 20-page booklet offers an array of photos from the legendary singer, actress, and activist’s personal collection, as well as an in-depth Q&A with Sinatra, conducted by the reissue’s GRAMMY®-nominated co-producer, Hunter Lea (also available in the CD package). In addition to the classic black vinyl pressing, a selection of colorful variants can be found exclusively at NancySinatra.com, LightInTheAttic.net, independent record stores and select online retailers.

In celebration of the release, Nancy Sinatra and fellow musician and longtime friend Don Randi (The Wrecking Crew) visited Record Technology, Inc. (RTI) in Camarillo, CA to take a tour of the plant and get a sneak peek at the Bootique-exclusive pressing of Nancy and Lee. A short video piece documenting the day, including new interviews with Sinatra, Randi, and RTI plant manager, Rick Hashimoto is available here.

When Nancy – the eldest daughter of Frank Sinatra – first met Lee Hazlewood in 1965, she was a demure, 25-year-old divorcée, who was struggling to find her place as an artist amid the changing musical landscape. At the urging of her label, she was introduced to the Oklahoma-born songwriter, Lee Hazlewood, who had found success working with guitarist Duane Eddy. While Sinatra and Hazlewood hailed from vastly different worlds, they were about to embark on a partnership that would change the course of their lives. Just months after meeting, Sinatra scored her first No.1 hit with “These Boots Are Made For Walkin’.” Written and produced by Hazlewood, the song became Sinatra’s signature tune – transforming her into a confident and commanding feminist icon.

Initially, Hazlewood maintained a behind-the-scenes role with Sinatra, enlisting arranger and composer Billy Strange, as well as other members of The Wrecking Crew (the famed Los Angeles session musicians) for the singer’s best-selling 1966 debut LP, Boots. But when they returned to the studio later that year for Sinatra’s sophomore effort, How Does That Grab You?, Hazlewood joined the singer for a duet of his song, “Sand.” Over the next year, as Sinatra’s star rose, the artists continued to collaborate in the vocal booth, finding success with “Summer Wine,” “Lady Bird,” and the cinematic “Some Velvet Morning” (all penned by Hazlewood). In 1967, just months after Johnny Cash and June Carter Cash scored a country hit with “Jackson,” Sinatra and Hazlewood released a pop version of the offbeat song, landing in the Top Ten across Europe and peaking at No.14 in the US.

Recalling her duets with Hazlewood, Sinatra laughs, “we used to call it beauty and the beast!” Voices with no blend.” Indeed, no one could have predicted that these two contrasting voices (and personalities) would work together quite so well. Praising the duo’s “sonic alchemy,” Hunter Lea writes, “rarely in music has there been such an unlikely collaboration: Nancy, the sassy and sweet songstress contrasted by Lee, the gruff, psychedelic cowboy. A harmonic partnership that defies conventional logic yet yields so much beauty.”

Before long, it seemed only natural for the artists to release an entire album together. In addition to compiling their recent duets (many of which appeared on Sinatra’s solo LPs), the duo recorded several new covers and Hazlewood originals. Billy Strange and The Wrecking Crew provided lush orchestral arrangements, as the two artists performed a range of material, including folk, pop, and country songs, with a twist of psychedelia.

Throughout the album, a palpable chemistry can be heard between Sinatra and Hazlewood – from the frisky banter on “Greenwich Village Folk Song Salesman” to the tongue-in-cheek delivery of “I’ve Been Down So Long (It Looks Up To Me).” But the artists also reveal their softer sides – particularly in the romantic balladry of “Sand.” Their languid rendition of “You’ve Lost That Lovin’ Feeling,” meanwhile, is downright erotic, despite the lyrics. But, as Sinatra asserts, her decades-long relationship with Hazlewood was always platonic. “We had sort of a love/hate relationship,” she explains. “Maybe it was a sexual tension because we never had any kind of affair. I don’t know exactly what it was, but it worked.”

That je ne sais quoi certainly did work. Upon its release in the spring of 1968, Nancy & Lee became a critical and commercial hit on both sides of the Atlantic, peaking at No.13 on the Billboard 200 and No.17 in the UK. By 1970, the album was certified Gold by the RIAA. Over the decades, however, the appeal of Nancy & Lee has only grown, while the album has amassed an enduring cult status that few titles achieve. Multiple generations of artists, including Sonic Youth, Lana Del Rey, and the Jesus & Mary Chain, have cited Nancy & Lee as an influence.

In recent years, Nancy & Lee has also inspired a groundswell of recognition from such outlets as Rolling Stone, which ranked the pair at No.9 on their 20 Greatest Duos of All Time list. Pitchfork included Nancy & Lee in their “Best Albums of the 1960s” roundup, hailing the record as “a document of a flawless collaboration.” The UK’s Far Out Magazine declared Nancy & Lee to be “a masterpiece that still ripples in the sonic waves today.” NPR, meanwhile, noted that “Sinatra and Hazlewood masterfully marry sunshiny orchestral elements with lyrics that dig at something darker about the human condition.” They went on to praise Sinatra’s work on Nancy & Lee as “some of the best that she’s ever recorded…it proved that she would hardly allow herself to be pigeonholed into one-hit wonder territory. Here, she made it clear that she was capable of so much more.”

Today, Sinatra reflects fondly on her time with Hazlewood. “The most fun was when there were two mics in the studio, and Lee was on one and I was on one,” she recalls. When asked about the lasting appeal of Nancy & Lee, the artist credits much of its success to her partner. “Lee has a following that continues to this day. He’s beloved; people love him all over the world.”

Sinatra’s legacy, meanwhile, continues to grow, as new generations discover her impressive catalog (which boasts nearly 20 studio albums – her duets with Hazlewood among them – and dozens of charting singles, including the theme song to the 1967 James Bond film, You Only Live Twice). In 2020, Sinatra was recognized by her peers when “These Boots Are Made For Walkin’” was inducted into the GRAMMY® Hall of Fame. That same year, Sinatra partnered with Light in the Attic Records for Nancy Sinatra: Start Walkin’ 1965-1976, a definitive survey of her most prolific period. At the end of 2021, LITA reissued Sinatra’s classic debut, Boots, while the label will continue to celebrate Sinatra with a variety of special releases, exclusive merch, and more.