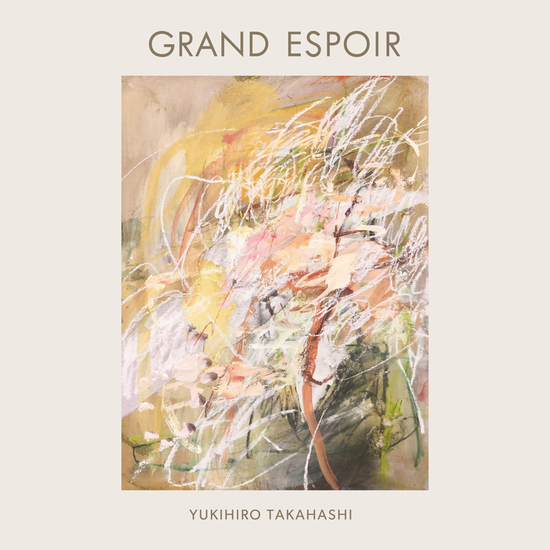 Yukihiro Takahashi has been at the forefront of the Japanese music scene as a drummer, singer, composer, and producer since he first joined the Sadistic Mika Band in 1972. He established his identity as a solo artist in the early 80’s following the unprecedented success of the phenomenon that was Yellow Magic Orchestra. As part of the “Yukihiro x Yukihiro EARLY 80’s” series, many of his solo albums will be reissued starting this fall; from his first hit record Murdered by Music to his last record from his ALFA era Poisson D’Avril (soundtrack to the film of the same name). To kick off this series, the introductory compilation album Grand Espoir will be released simultaneously on vinyl and CD, with mastering and song selections by Yoshinori Sunahara. Disc 1 of the CD version will feature his signature songs and other important tracks released between 1980 and 1985. Disc 2 is comprised of content exclusive to the CD release; it features tracks that he had written or produced for other artists during this era, or tracks pulled from albums that he had helped plan, and shines a light on his many activities outside of his own solo work. The art direction and design for the package is done by TOWA TEI, with the cover design created by internationally acclaimed visual artist TOMOO GOKITA. This creative staff also worked together previously on YMO compilation NEUE TANZ in 2018.

“The early 80’s was one of the busiest periods of my music life. This period started with the release of Murdered by Music in 1980. Starting with the sound that we had developed together as YMO, I incorporated my own world view, and elements of New Wave that I was heavily inspired by at the time. To me, my second album Murdered by Music was the result of doing what I wanted to do most at the time with freedom and joy… When I speak about this period, no matter how much time I had it wouldn’t be enough… When I think back now, I think that my recording style and production process that I continue to this day may have been solidifed then, during the early 80’s.”
Yukihiro Takahashi