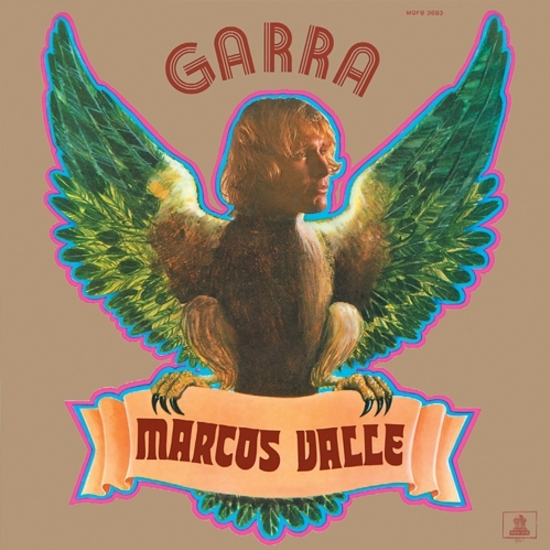 The follow-up album to Brazilian singer, songwriter, and musician Marcos Valle’s 1970’s self-titled long player, Garra continues to express a socially aware stance combined with a playful hodge-podge of samba, bossa nova, baião (a rhythmic beat from the rural northeast of Brazil), black American music, and psychedelic rock. Marcos and lyricist brother Paulo Sergio recorded the disc with some of Brazil’s top studio musicians and created the pair’s most overtly political statement. Recorded amongst sessions for a steady stream of popular TV novella soundtracks—a side gig for the sun-kissed composer—the results tested the military led government’s hand picked sensors, looking over the country’s art and music with sharp eyes for critical or objectionable content. Unfortunately, some of Valle’s peers didn’t’ fare as well and were either exiled (like Tropicália movement icons Gilberto Gil and Caetano Veloso in 1969) or fled the country for the United States or Europe.

Garra was originally released in 1971 and brought us the rare groove classic “Wanda Vidal,” heralded by UK, European, and Japanese music fans years after the disc’s initial release. Amidst an intoxicating mix of instruments, vocals, and orchestration, it’s a deep cut on an even deeper document. Any way you spin it, we at Light In The Attic are extremely proud to present Garra as part of our four-album Marcos Valle reissue campaign. Consisting of an ambitious string of early 1970s landmark studio sessions (sympathetic in spirit to Stevie Wonder and Marvin Gaye’s game changing work from the same era) and released on CD and LP, Garra features extensive liner notes by San Francisco-based writer Allen Thayer (Wax Poetics) with exclusive interview content and song-by-song breakdown from Marcos himself. Fans new and old will finally have easy breezy access to these once hard-to-find Brazilian classics.

Tackling topic from Presidential corruption, rampant consumerism, and the black power movement, Garra is a welcome addition to any South American friendly record collection and sits proudly with the best of Brazil. File after Os Mutantes and before Caetano Veloso.