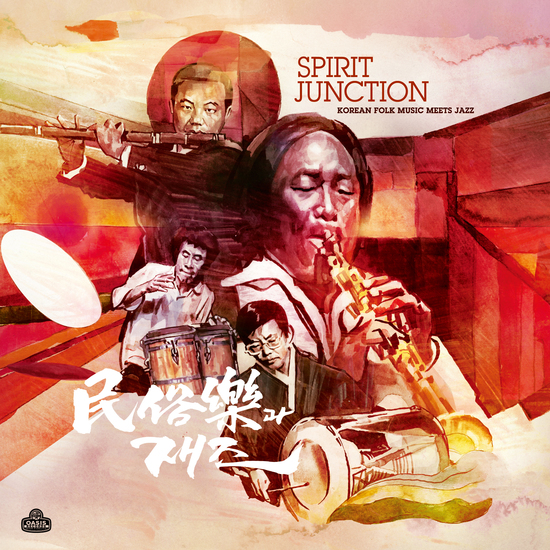 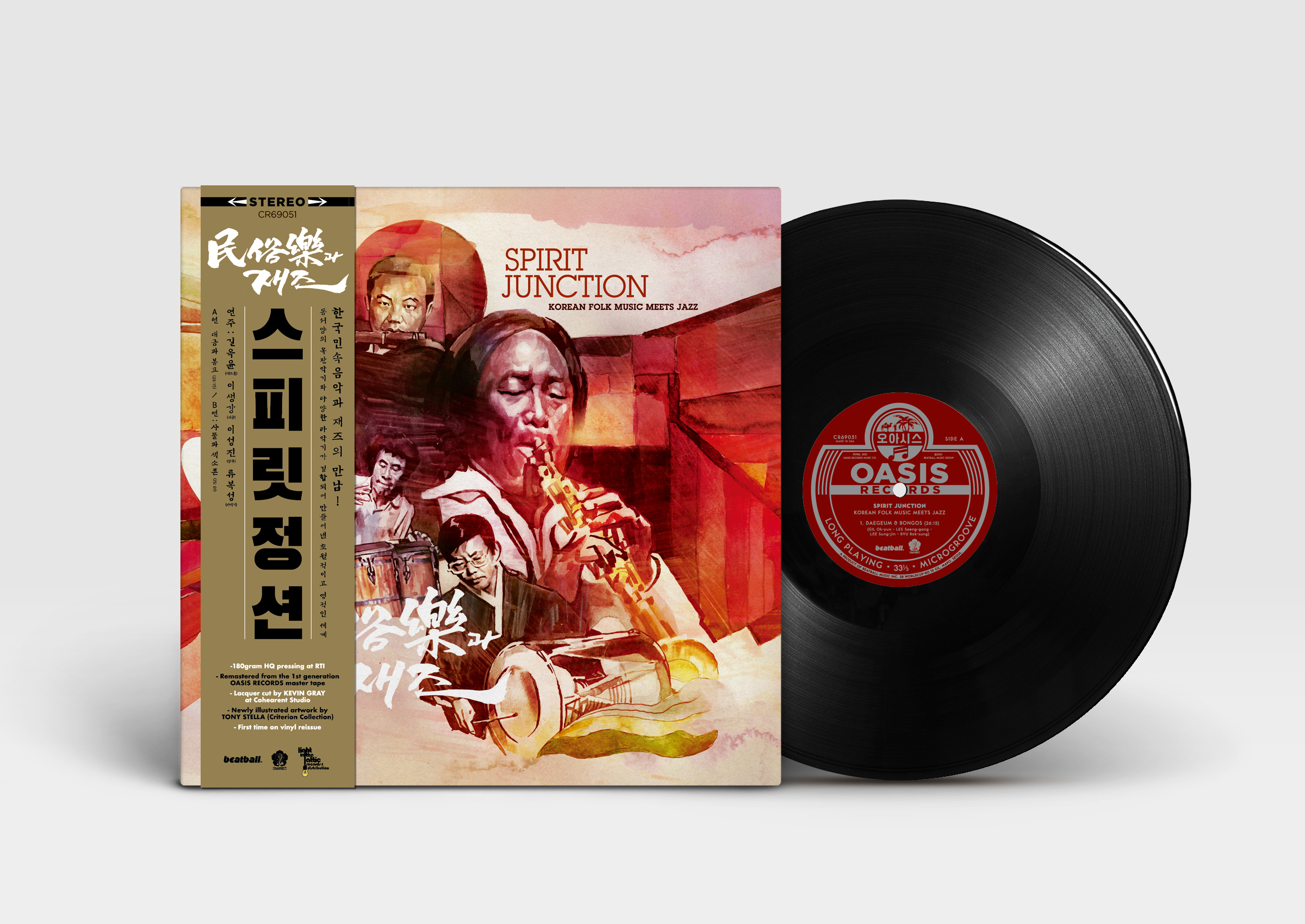 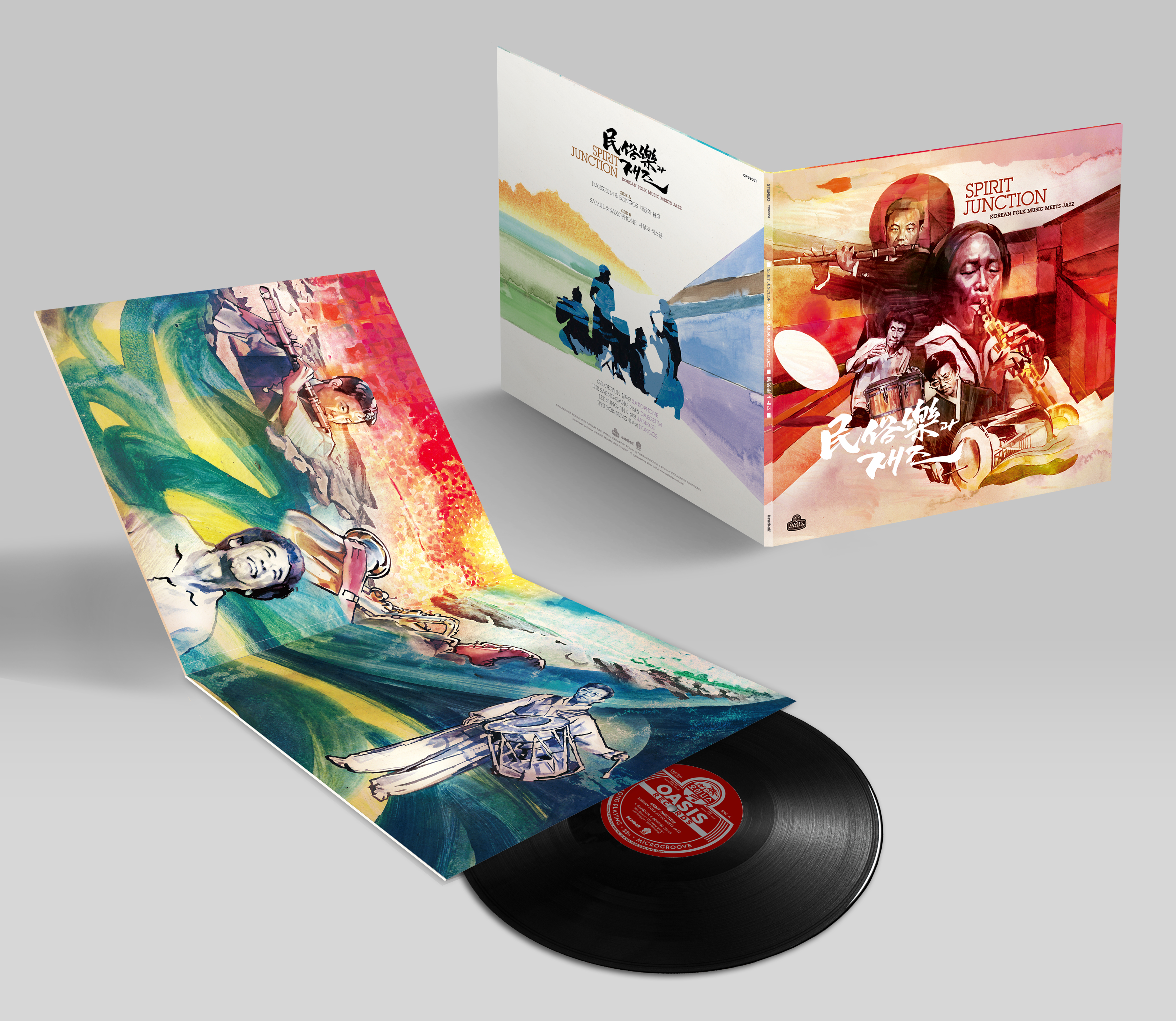 Lyrical pop / gayo composer and saxophonist Gil Ok-yun was a central figure in Korea’s golden age of gayo (1960s to 1980s), and has given us countless gems through his collaborations with greats such as Hye Eun-yi and others. Gil never did let go of his jazz roots, and would occasionally release gayo records in the jazz-tinged kayokoku style with the help of musical colleagues during his time in Japan such as Keitaro Miho and Shungo Sawada. It was through his meeting with Korean classical musician Lee Saeng-gang in the 1980s – an era in Korea that was characterized by experimental crossovers of Eastern and Western styles – that Gil’s musical aspirations were finally realized in the form of a ‘proper’ jazz record.

Lee Saeng-gang’s ensemble included himself as daegeum flautist and his brother, the janggu percussionist Lee Sung-jin. They were joined by Gil and a member of his jazz ensemble, the percussionist Ryu Bok-sung. Several live performances eventually led to a recording session. This album, which comprises just two tracks recorded in the form of improv jams, has often been referred to the only work of its kind in Korea’s jazz scene. The mélange of two woodwind instruments (saxophone, daegeum) and various percussion elements (bongos, janggu, jing, & kkwaenggwari) come together to conjure a ritual-like confluence that is spiritual in nature and transcends the boundary between East and West.

For some reason, the album was initially released only on CD – the present reissue is the first-ever vinyl release. Though Gil was a jazzman through and through all his life, it was only in his later years that he finally got a ‘jazz recording’ to his name. Rediscover his legacy and gift to Korea’s jazz scene, restored here in its full glory.