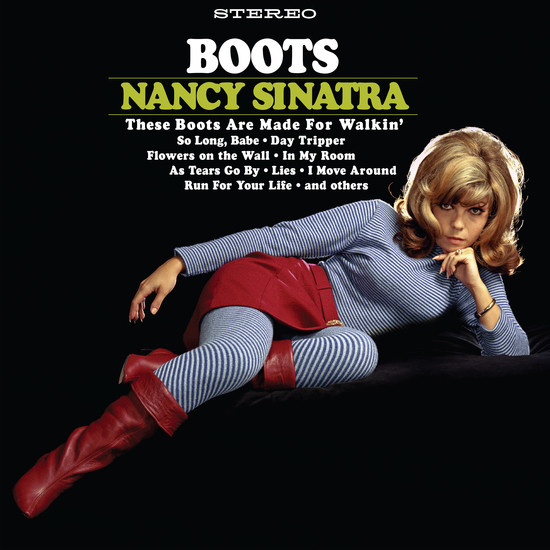 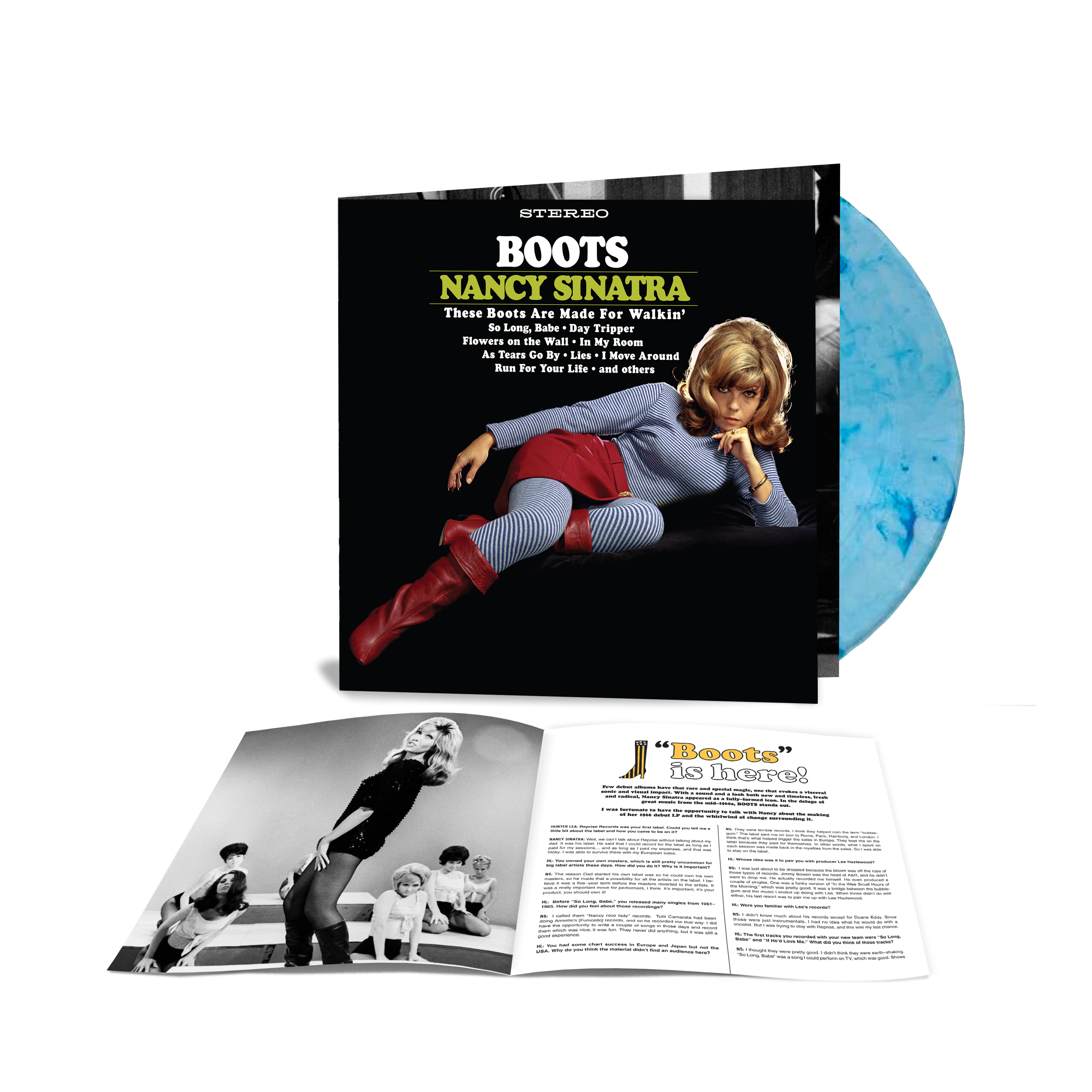 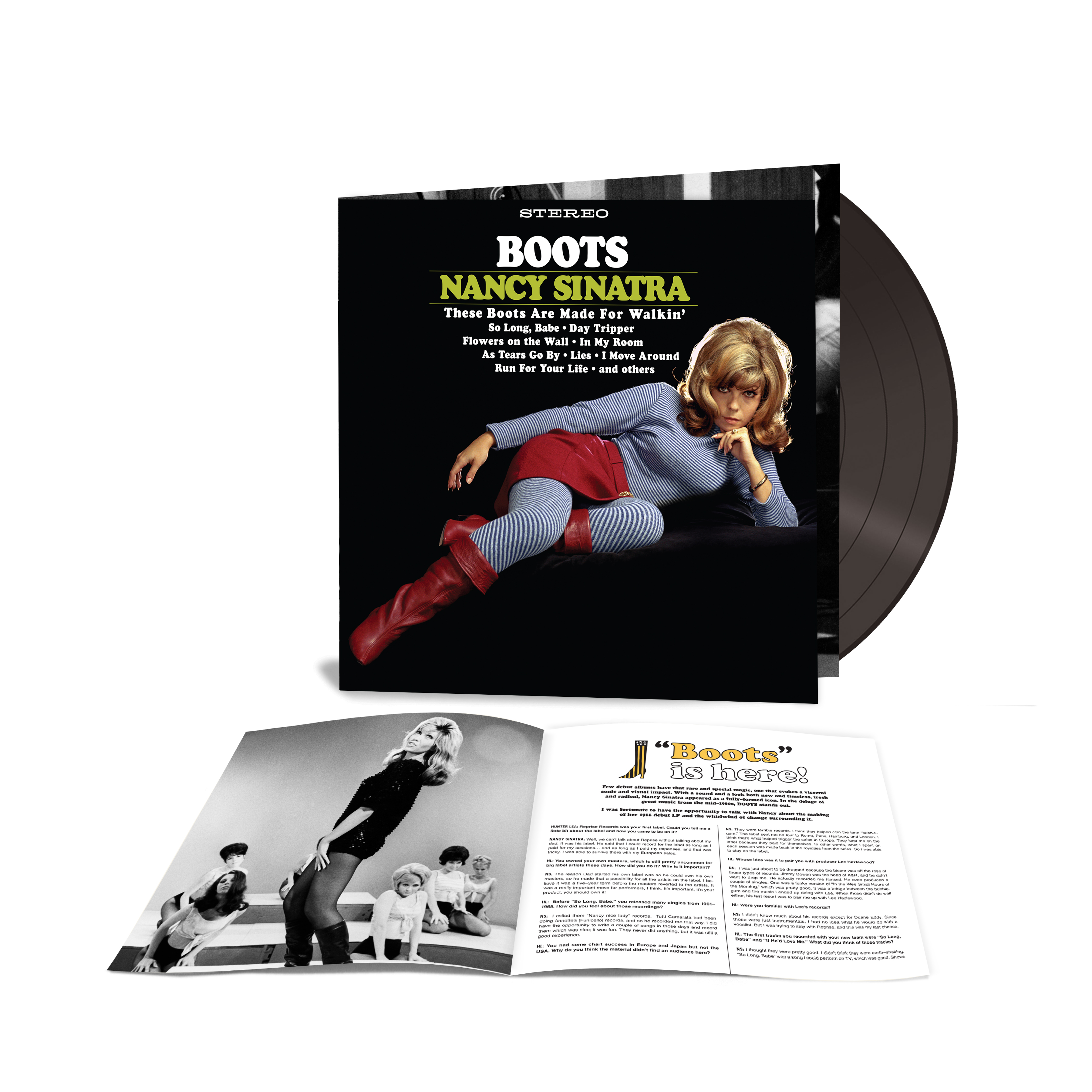 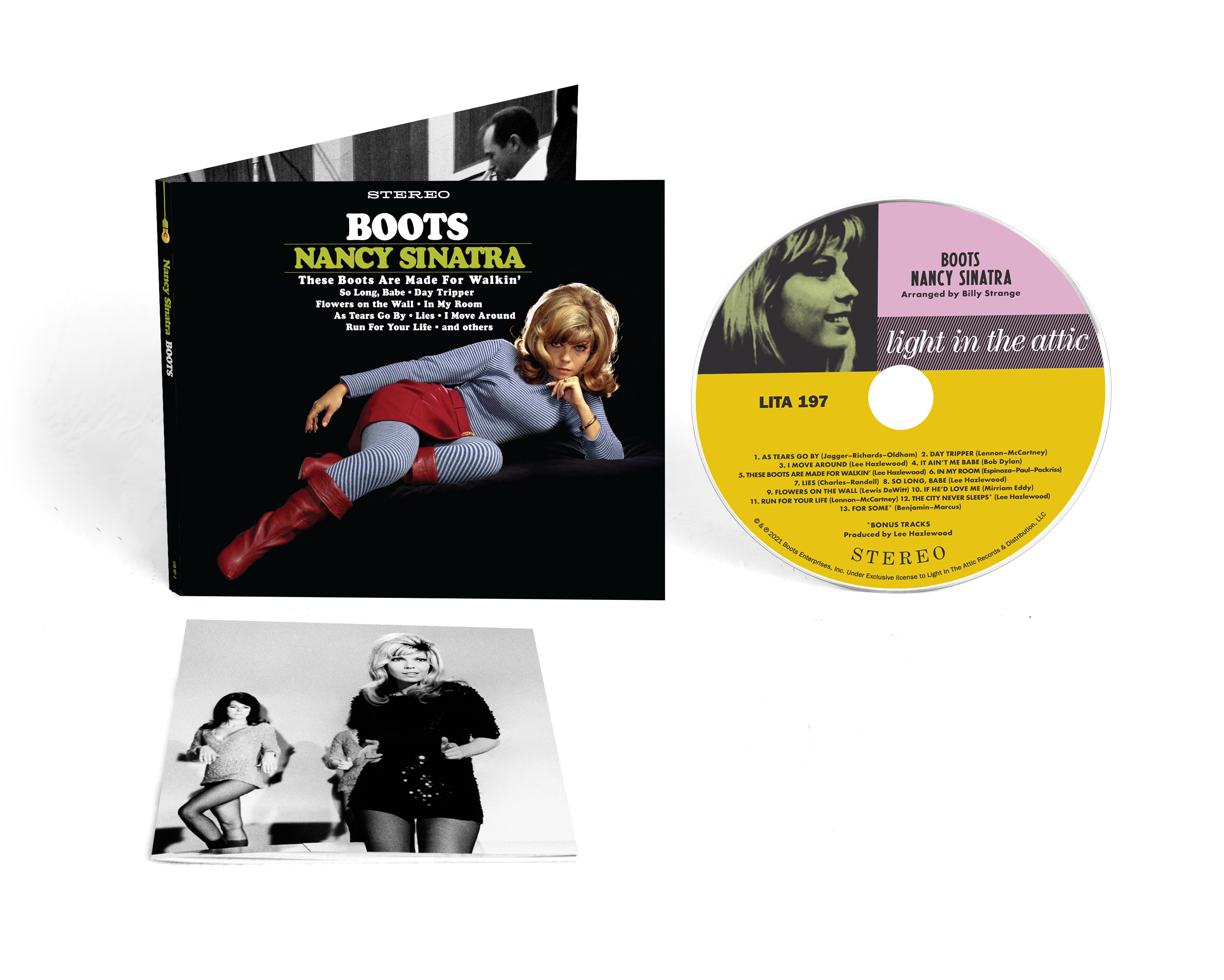 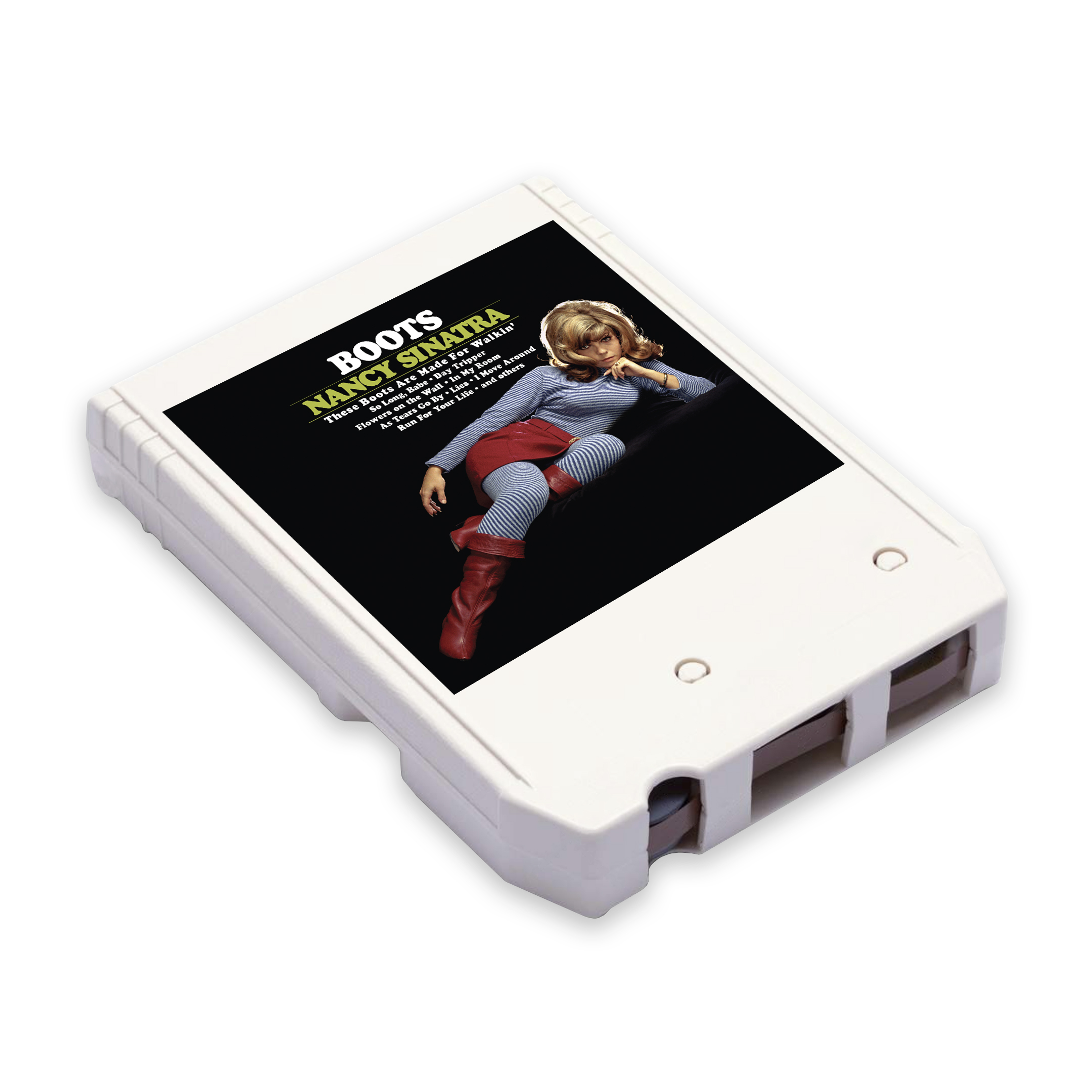 “Dumb stuff, as Lee used to call it. Dumb doesn’t mean stupid. It means human and understandable. It was the sound of three guitars, drums, and bass. It was simple, very, very simple. I can still see the room, the studio. With Carol Kaye, Glen Campbell, Donnie Owens… I can still see them all sitting there and chunking away. I guess simple was the best way to explain it, uncomplicated.” – Nancy Sinatra

Light in the Attic is proud to present the next installment of the Nancy Sinatra Archival Series with a deluxe reissue of Nancy’s first album, Boots.

The 1966 debut million-selling debut LP, introduced the sassy, blonde, go-go booted icon. Built around her Lee Hazlewood-penned hits, “These Boots Are Made for Walkin’” and “So Long, Babe,” the folk-rock era milestone album features songs by The Beatles, The Rolling Stones, Bob Dylan, Hazlewood and more. The catchy and jangly pop hooks performed by the famed Los Angeles session musicians, The Wrecking Crew and Billy Strange’s innovative arrangements provided the perfect sound to help Nancy capture the attention of the world. The new reissue includes two bonus tracks recorded during the album sessions, the non-album b-side “The City Never Sleeps At Night” and the previously unreleased “For Some.”

The CD edition is housed in a digipak and features a 28-page booklet, while each vinyl set is presented in an expanded gatefold jacket (featuring a 20-page booklet), with special color editions available exclusively at NancySinatra.com, LightInTheAttic.net, and independent record stores. 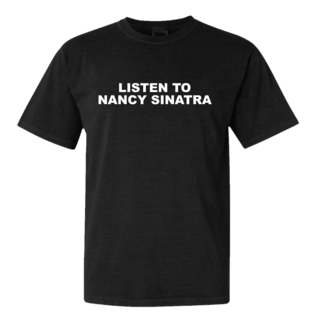 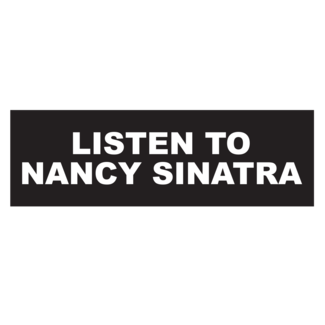 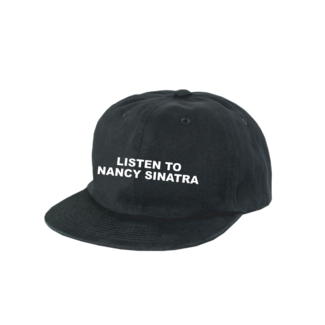