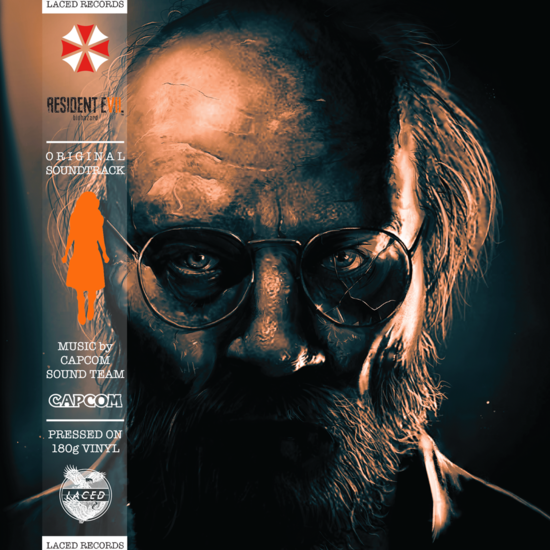 We welcome a new member to our Resident Evil soundtrack vinyl family with a deluxe four-disc box set for the most recent mainline game.

Resident Evil VII: Biohazard looked back to the series’ survival horror roots while looking forward technologically, being the first full RE Engine title and optionally playable in VR. By shifting to a first-person perspective, introducing a new protagonist and featuring a distinct setting, RE7 refreshed the formula and won plaudits in the process.

The game’s international composition team comprised Miwako Chinone, Brian D’Oliveira, Satoshi Hori, Akiyuki Morimoto and Cris Velasco. The score is lower key and more ambient than its predecessors without skimping on the anxiety and intensity that Resi games are known for. Jordan Reyne & Michael A. Levine also contributed a chilling rendition of the folk song “Go Tell Aunt Rhody.”

All music has been specially mastered for vinyl and will be pressed onto audiophile-quality, heavyweight 180g discs. These will be housed in spined inners sleeves that slip into a deluxe gatefold box set.

Sleeve artwork and design by Capcom and Boris Moncel of Blackmane Design.