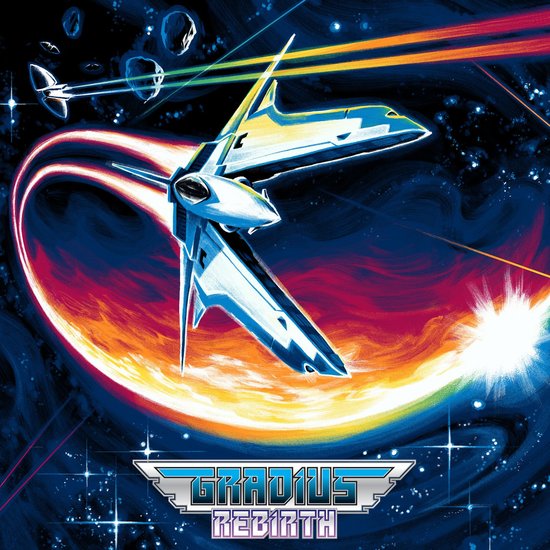 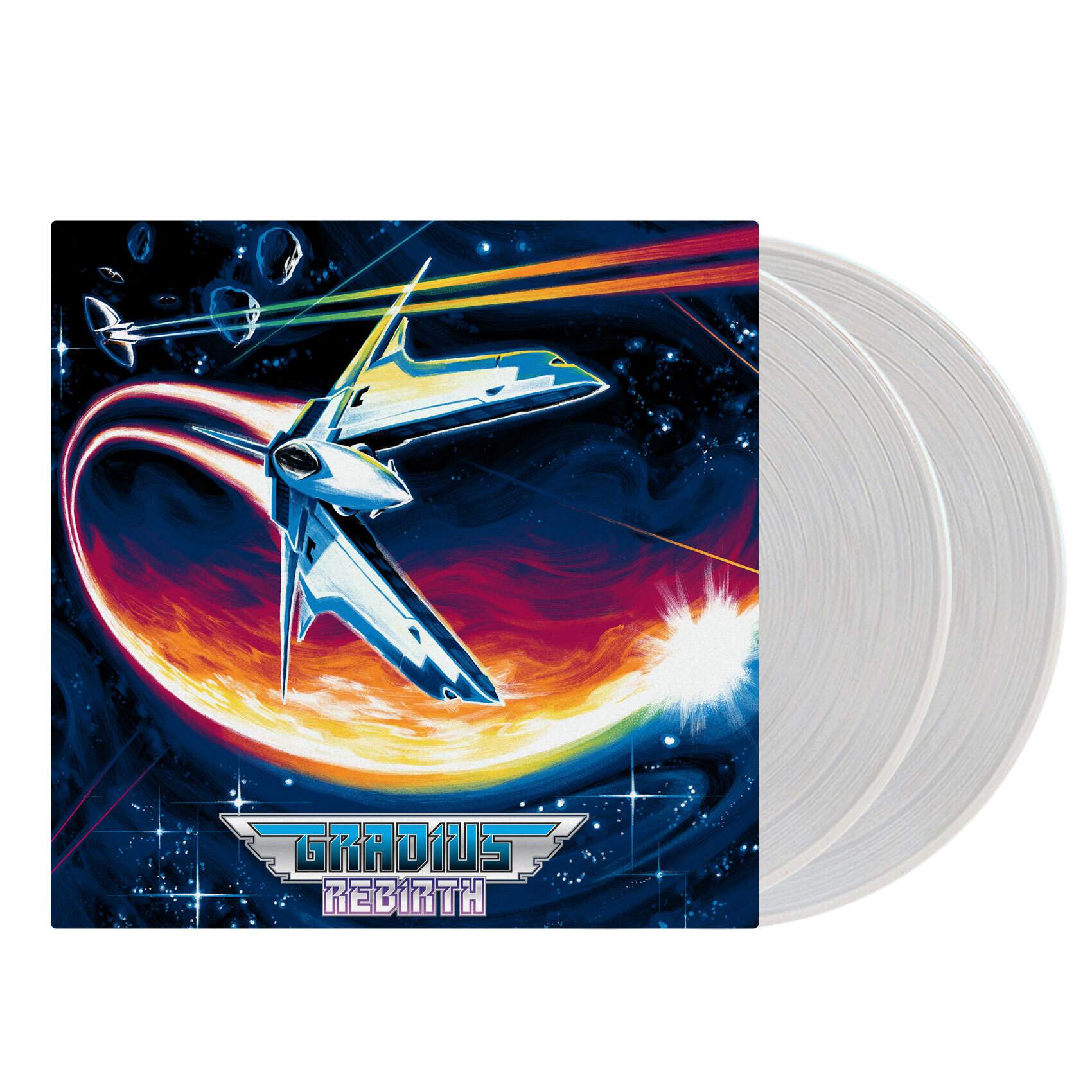 Initially released in Japan in 2008 (and not reaching the shores of North America & Europe until the following year), Gradius ReBirth was a welcome return to the side-scrolling shooters of yore, taking advantage of modern programming by featuring smoother scrolling, brighter colours, sharper pixels… and this barnstormer of a soundtrack, which Ship to Shore PhonoCo. are very proud to release on vinyl for the first time.

Viewed as a “video game remix,” Gradius ReBirth took levels from previous entries in the series and renewed them to form a brand new beast for the 21st century. It seemed only fitting for Konami Kukeiha Club (the same team responsible for Castlevania: The Adventure ReBirth), to essentially match this ethos for the soundtrack, updating tracks from the original games into what can now be seen as a Gradius remix album.