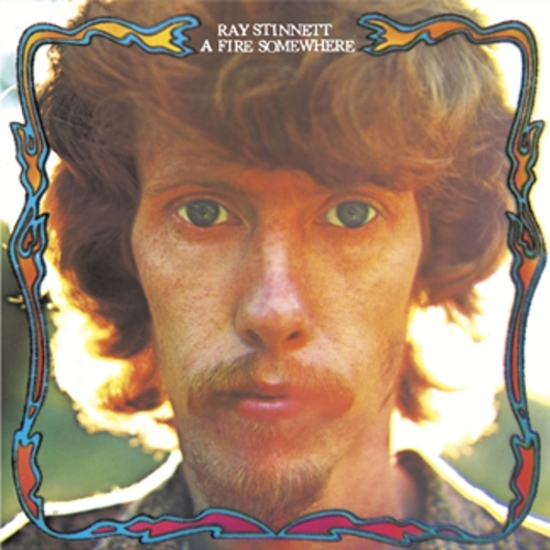 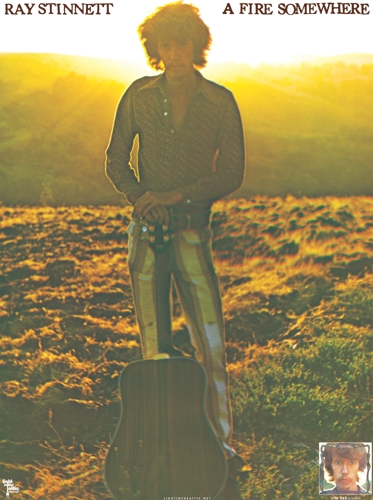 A hippie-fied, soul-rock, folk-rock, psych-rock gem lost in the vaults for four decades, A Fire Somewhere by Ray Stinnett (best known as a member of ‘60s outfit Sam The Sham & The Pharaohs) sounds as fresh as the day it was cut, and comes with extensive liner-notes detailing the fascinating life of a little-documented ‘60s rock voyager.

Born in Memphis in 1944, Ray Stinnett got his first guitar, aged 12, from Nathan Novak’s pawn shop, where Elvis got his first guitar. Heading back down Beale Street afterwards, the family stopped at a light and a huge pink Cadillac pulled up beside them. “And oh my god – it was Elvis!” recalls Ray, “So I held up my guitar and shouted, ‘Hey Elvis!’ and he looks over and says, “Hey cat.” Ray told his father he was going to work hard and make a gold record… just like Elvis.

Before long, he was putting the plan into action, first in teen group Johnny and the Electros, then as a duo with drummer Jerry Patterson, playing nightly at honkytonks, roadhouses, beer joints, nightclubs and the many Memphis recording studios. He achieved his promise with Sam The Sham & The Pharaohs – Wooly Bully was the number one selling record of 1965. At 21, Stinnett was living a life of world tours and screaming fans – the whole mania. The wheels fell off a year later, amid managerial disputes. The four Pharaohs (including Ray) parted ways with Sam, wrote two stinging rebukes (“The Hanging” and “You Sure Have Changed”) and released them as The Violations. Ray became more and more of a prolific writer.

By 1967, the summer of love, Ray left for Haight Ashbury in San Francisco with his wife and young son, taking up residence at the legendary Morning Star Ranch, where Ray focused on finding his true voice. Returning to Memphis a year later, Ray formed a working friendship with Booker T Jones, who produced Ray’s unreleased Sun Tree at Pepper West album. Eventually, when Jones moved to Malibu and took a contract with A&M, he lined up a deal for his old friend.

Still working in Memphis with (old) friends Jerry Paterson and Mike Plunk on bass, along with Booker T. and co-mixer/engineer Richard Rosebrough (Chris Bell, Big Star), Ray channelled his experiences in the pop machine, at Morningstar and beyond into the songs that would become A Fire Somewhere. It funnelled the vast experiences of this pop star, cosmic traveller and grounded, loving father.

The songs contained the fried country twang and boogie-woogie grooves of his hometown and of his youth, but were also threaded through with the new psychedelia – shreds of distorted guitar, looping experimental jams and acoustic renditions. “Art is a reflection of life,” says Ray of the making of A Fire Somewhere, “and my life was full of reflection at this time.” And it’s perhaps exactly that fact which kept this incredible record unreleased for all these years.

By summer, the album was ready for release. By winter, it remained on the shelf. A&M reassured Ray that they were going to make him a superstar. Ray had already done that; he just wanted the songs released. Soon, they hit an impasse. Ray took his tapes and songs and went on with his life. In the end, A&M’s loss – is our gain. Listen, and enjoy, this message from another time, and from an old head on young shoulders. “It’s a torch that’s been carried forty years through the desert, waiting for this moment to arrive,” says Ray.