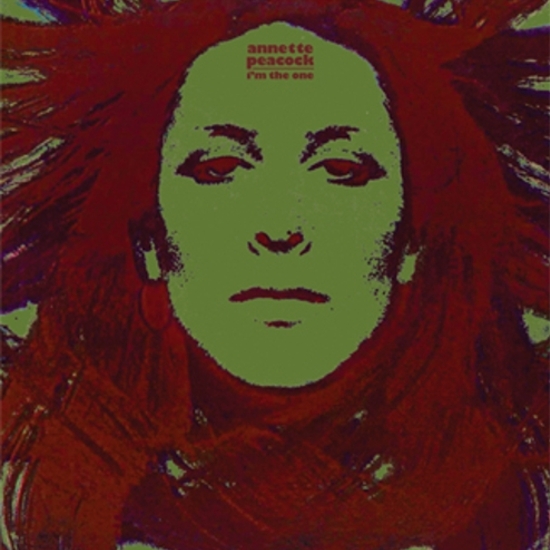 “I’m the one, you don’t have to look any further. I’m the one. I’m here, right here for you,” oozes jazz, rock, and electronic music pioneer Annette Peacock on the leadoff title track of her solo debut LP. The album’s wide range of vocal emotions and diverse sonic palette (featuring Robert Moog’s early modular synthesizers, which the singer actually transmitted her voice through to wild effect) places it firmly at the forefront of the pop avant-garde. Originally released by RCA Victor in 1972 to widespread critical acclaim, I’m The One found itself amongst good company. Both Lou Reed and David Bowie had recently signed to the label—Bowie in particular was enamored with Annette—and artists ranging from ex-husband and jazz great Paul Bley, along with notable Brazilian percussionists Airto Moreira and Dom Um Romao, guested on the album itself. Writing and arranging I’m The One’s nine passionate tracks—bar a unique cover of Elvis Presley’s “Love Me Tender”— the disc grooves easily from free jazz freak-outs and rough and rugged blues-funk to gently pulsing synthesized bliss.

The second release on our Future Days Recordings imprint, I’m The One is returning to better record shops on CD and LP formats, re-mastered from the original tapes with an insert containing beautiful unseen photos from the vaults of Sony Music and extensive liner notes from NYC-based writer and musician, Mikey ‘IQ’ Jones. An extension of Annette’s late 1960s work with her Bley-Peacock Synthesizer Show combo, I’m The One is filled with strength and power, as well as a tender, sensual, and seductive side, born of a life surrounded with music and culture. Composing by age four, Peacock’s mother was a professional violinist. By the early 1960s, Annette had also collaborated with first husband, jazz bassist Gary Peacock and toured with legendary saxophone player Albert Ayler. Studying under Zen macrobiotics educator Michio Kushi and a confidant to Timothy Leary at the Millbrook psychedelic center, Peacock later worked, post-I’m The One, with rock stalwarts like guitarists Mick Ronson and Chris Spedding, Yes/King Crimson drummer Bill Bruford, as well as surrealist artist Salvador Dali.

Light years ahead of her early 1970s contemporaries in terms of individuality and uncompromising vision, the album makes today’s major label computer generated fabrications an embarrassment to listeners worldwide. Still to this day, Annette remains a passionate advocate, an enigma caught between the peace and love vibrations of a hippy counterculture and the more worldly intelligence of the modern age. Her records continue to influence and inspire, and with I’m The One finally back on the shelves, countless new jacks on the scene can scope its liner notes and bear witness to its brilliance. 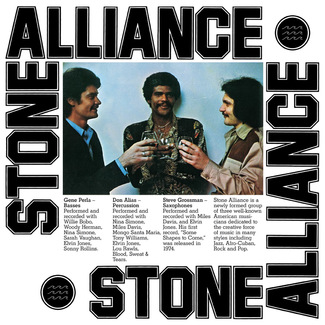