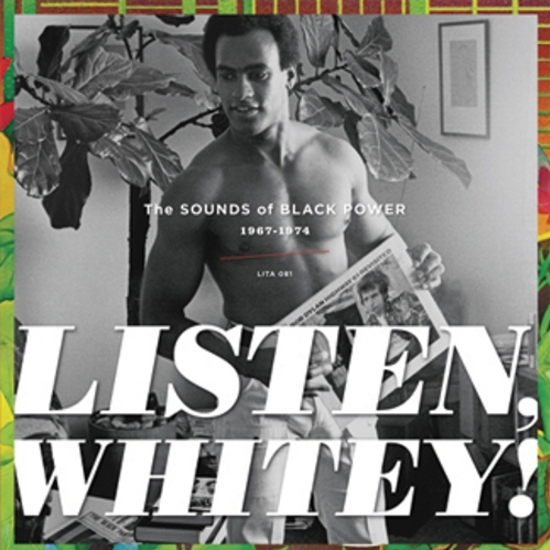 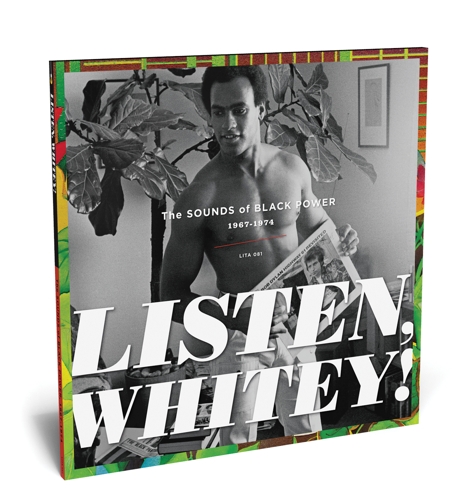 Over a five year period in Oakland, CA – archivist Pat Thomas befriended key leaders of the seminal Black Power Movement, dug through Huey Newton’s archives at Stanford University, spent countless hours and thousands of dollars on eBay, and talked to rank and file Black Panther Party members, uncovering dozens of obscure albums, singles, and stray tapes. Along the way, he began to piece together a time period (1967-1974) when revolutionaries were seen as pop culture icons: Bobby Seale, Eldridge Cleaver, Angela Davis, Stokely Carmichael – and musicians were seen as revolutionaries; Gil Scott-Heron, The Last Poets, Bob Dylan, John Lennon and others. As a result, Thomas wrote a 70,000-word hardcover book entitled Listen, Whitey! The Sights and Sounds of Black Power 1965 – 1975_ – to be published by blank">Fantagraphics in early 2012 – which also includes some 200 full color images of obscure recordings that encompass rock, soul, jazz, comedy, poetry, and even religious sermons blended with Black Nationalism.

Light In The Attic Records presents the companion ‘soundtrack’ to the book, For the time first ever, Black and White artists share space on a definitive anthology of the Black Power era. A cross-cultural overview that sees Bob Dylan’s out of print 1971 single “George Jackson” reissued for the first time along with several selections from Motown’s long forgotten ‘Black Forum’ label – Motown’s early 70’s Black Power militant imprint that has never been documented until now with provocative recordings from SNCC spokesman Stokely Carmichael, outspoken African-American poet Amiri Baraka, and Black Panther Party singer/songwriter Elaine Brown.

Intensive hours of research led to a 16-track anthology that not only brings together Dylan and Lennon on the same compilation for the first time (via John & Yoko’s 1972 song about Angela Davis), but presents the diversity of the Black Power Movement like never before. Despite their common goal of freedom and respect, many of these activists didn’t necessarily speak for or to each other. Eldridge Cleaver was living in exile in Algiers in 1970 when LSD guru Timothy Leary showed up seeking asylum. Weeks later, Leary was placed under ‘house arrest’ by Cleaver and that moment is presented here. The Last Poets quickly splintered into several factions not long after their debut and several recordings capture that tumultuous period. Comedian Dick Gregory was as into mocking the establishment as he was trying to make people laugh and his monologue reflects a time when ‘entertainment’ needed to be political to be relevant. There were regional private press 7 inch singles from the likes of the Shahid Quintet, and the Black Panther’s own band The Lumpen. Gene McDaniels’ Outlaw album has long been a cult favorite, and is represented by a 1970 live version of “Silent Majority.” No Black Power anthology would be complete without Gil Scott-Heron featured on a rare 1970’s solo piano take of “Winter in America.” The international significance of the times is reflected with a live 1969 recording of English folk singer Roy Harper’s “I Hate The White Man.”

No less of an expert than New York based journalist Greg Tate recently remarked when glancing at the Listen, Whitey! book from which this compilation is gleaned; “Look out newjacks, post-blacks and radical rookies – this Molotov romancing family album is about to grab your mama.’’