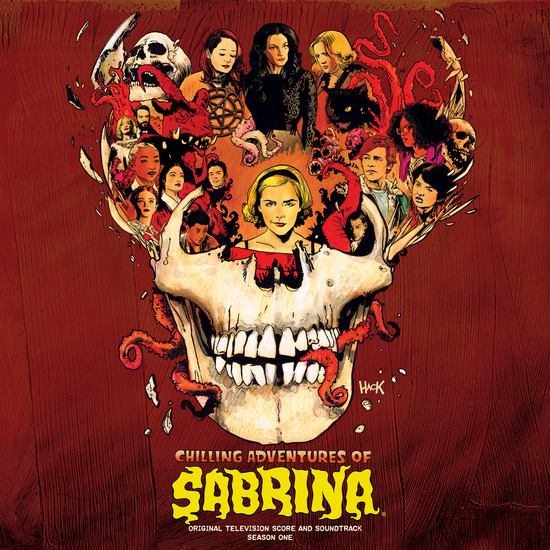 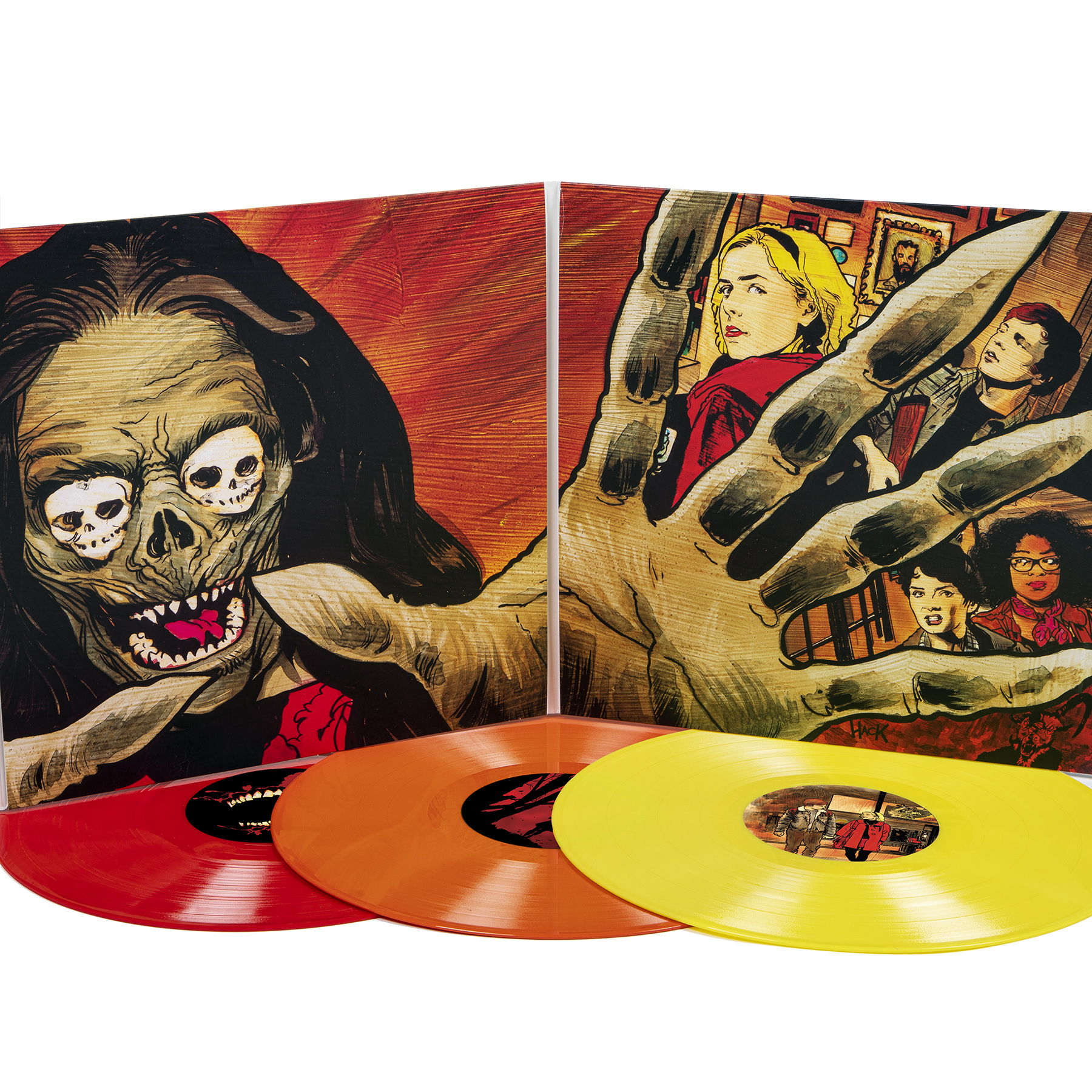 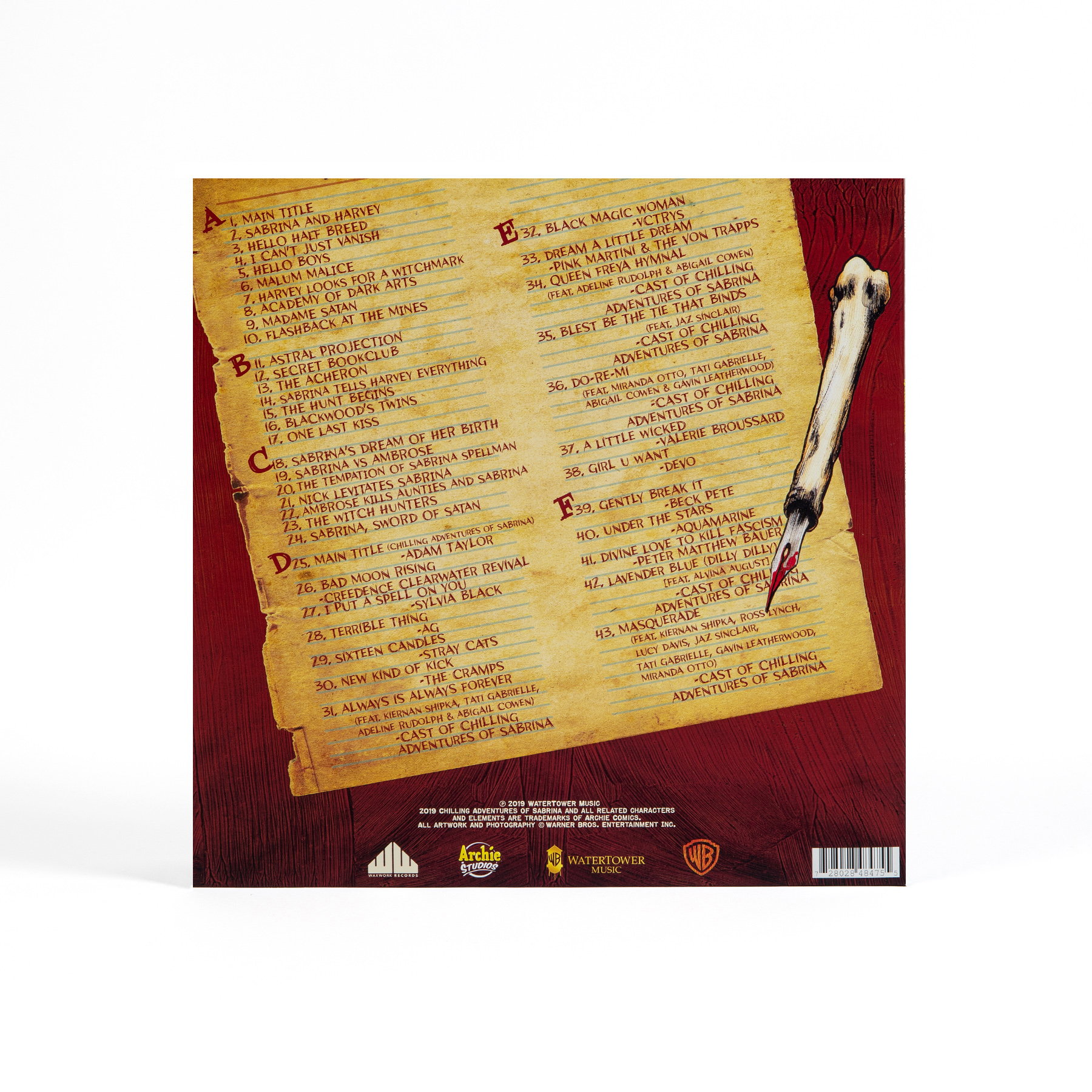 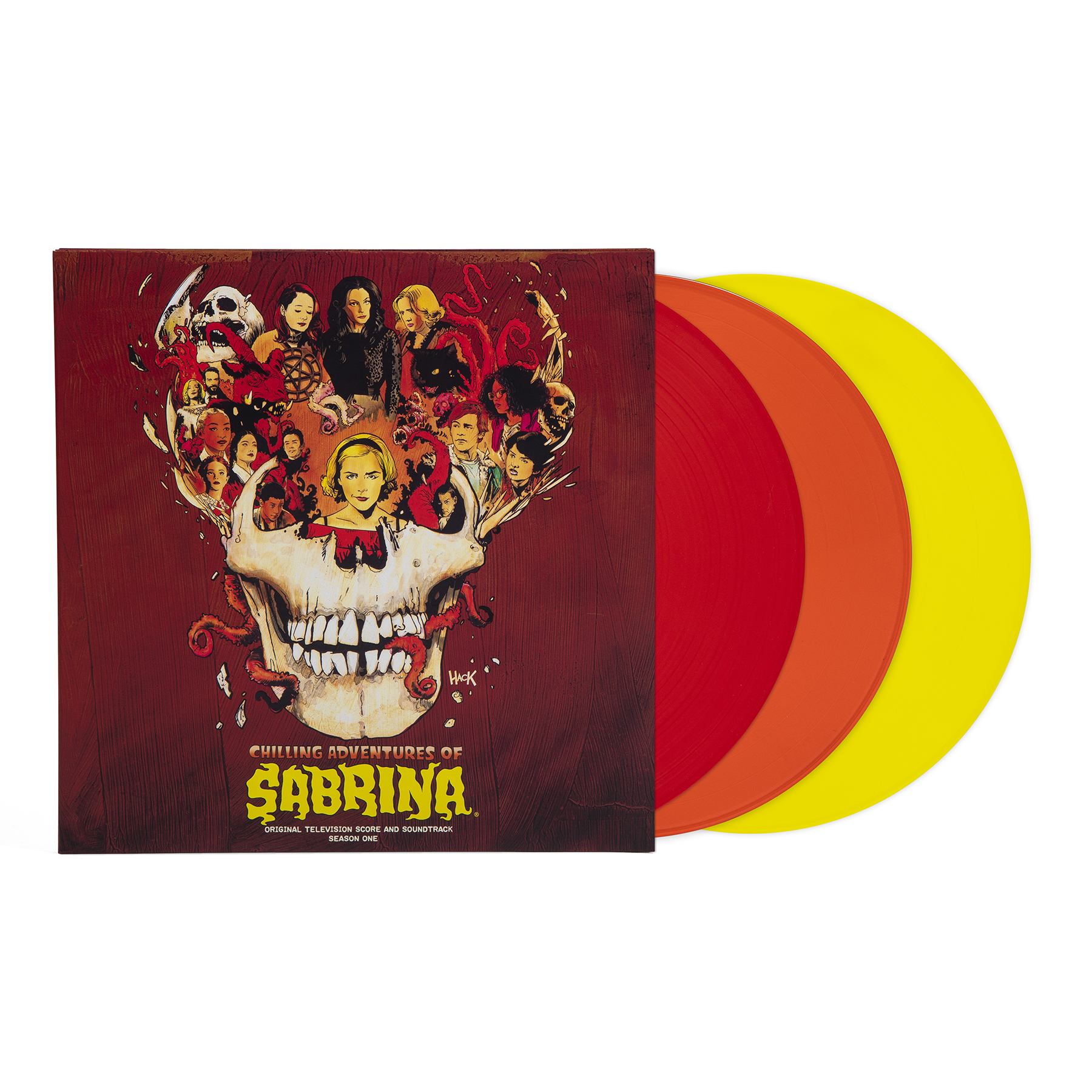 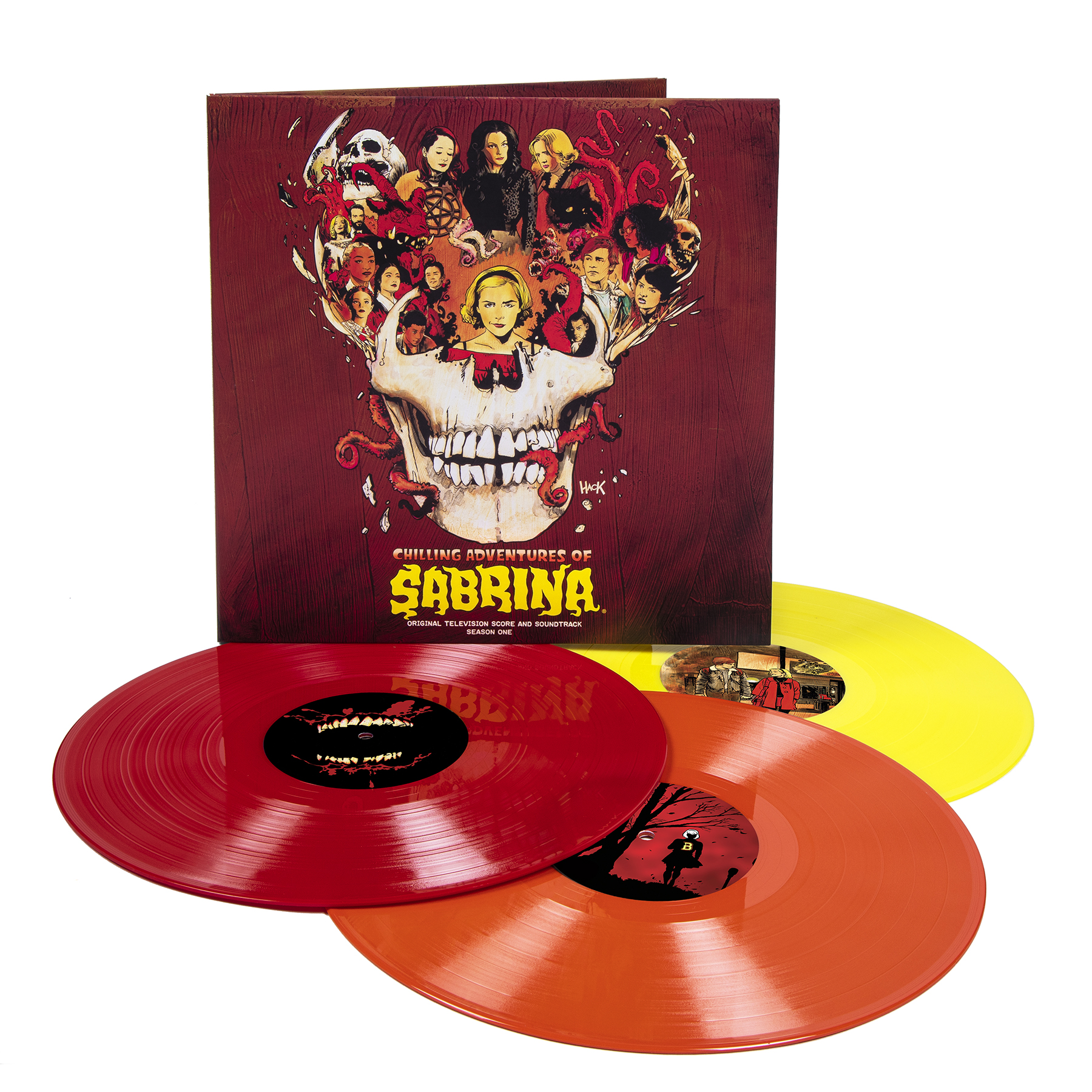 Waxwork Records is proud to present CHILLING ADVENTURES OF SABRINA Original Television Score And Soundtrack Season 1 (Parts 1 & 2)! Prepare to sign your soul away to the Dark Lord, because this deluxe triple LP will tempt even the most devout! Chilling Adventures Of Sabrina is a supernatural horror television series developed by Robert Aguirre-Sacasa based on the Archie comic book series of the same name. The series is centered on the character Sabrina Spellman, portrayed by Kiernan Shipka, who must reconcile her dual nature as a half witch, half mortal while fighting evil forces that threaten her, her family, and the daylight world humans inhabit.

The score by self-taught musician and composer Adam Taylor (The Handmaid’s Tale) is an orchestral powerhouse that moves from quirky to dark, tense, and terrifying. Through his score, Taylor effectively balances the with and energy of Sabrina’s youth with evil, malevolent cues.

The soundtrack is loaded with classic hits from artists such as Creedence Clearwater Revival, The Cramps, Devo, Stray Cats, and many more. Also included on the soundtrack are the standout songs from the series “Always is Always Forever”, “Masquerade”, and “Blest Be The Tie That Binds” performed by the cast from Chilling Adventures Of Sabrina.

Packaging features full artwork by comic artist Robert Hack. Hack not only creates the instantly recognizable and classic artwork for the hit Sabrina comics for Archie Studios, but he also fully illustrated the opening title sequence for the Chilling Adventures Of Sabrina TV series. The score and soundtrack have been pressed to 180 gram colored vinyl featuring two variants: “Satanic Splatter” and solid red, orange, and yellow vinyl.