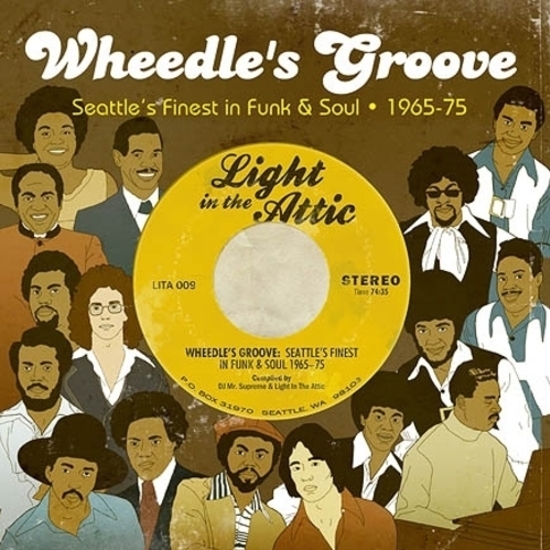 It’s one of those things where you kind of had to be there, to get the full effect of what Seattle was like in the late ‘60s and early ’70s. I really didn’t know what to expect, when I arrived from Buffalo, New York, in ’72, other than Seattle had a history rich in music – Jimi Hendrix, Quincy Jones, Ernestine Anderson and Ray Charles.

Back then, gas cost you twenty-seven cents a gallon to fill up your baddass ride. There was no Seahawks, no Mariners, or Microsoft or Amazon. Girls were still named Frances and Darlene, and guys were known by Freddie and Arthur. Garfield and Franklin were the leading high schools for setting Seattle’s soulful social standards. Dick’s and Dag’s were the spots for twenty-nine-cent burgers, while Helen’s Diner was (and still is) known for the best soul food on the West Coast. TJ’s and Mr. D’s were the clothing stores where most of the brothers shopped, and the CD, the Central District, was (and still is) the heart and soul of the city. The Facts and The Medium newspapers kept all abreast of what was happening in the CD, and KYAC radio tied everything together.

There was a minimum of twenty live-music clubs specializing in funk and soul, and all those joints jammed. There must have been twenty-five hard-giggin’, Superfly-like, wide-leg-polyester-pant-and-platform-shoes-wearing, wide-brim-hat-and-maxi-coat-sportin’, big-ass, highly-“sheened”-afro-stylin’, Kool & the Gang song-covering live bands playing four sets a night from 8 p.m. ‘til O-dark-thirty in the morning. And of course, the ladies were not to be outdone with their Pam Grier-Foxy Brown hoop earrings, mini-skirts and the ever popular Afro Puffs. Each night, some band, somewhere, was kickin’ it. You could find Manuel Stanton of Black and White Affair doing flips while playing bass on a Monday at the Gallery. Meanwhile, you might catch Robbie Hill, flashing like a Christmas tree in a red rhinestone-studded jumpsuit, matching red Big Apple cap and the huge hair, keeping the beat for his band Family Affair at the District Tavern. The Dave Lewis Trio, the highly stylized Overton Berry and the ultra-funky Johnny Lewis Quartet regularly played the Trojan Horse, while Cold, Bold & Together was house band at the legendary Golden Crown Up. Cookin’ Bag, with their heavy horn vibe was a major draw from Perls’ Ballroom in Bremerton to Soul Street.

The idea of Wheedle’s Groove (named after Wheedle, the worst mascot in the history of mascots ever) is quite exciting and long overdue. Each track on this compilation is an untold musical history lesson. Those of you who were around back then are likely to have a wonderful time reliving the good-old days. After all, you helped make it happen. Have fun.