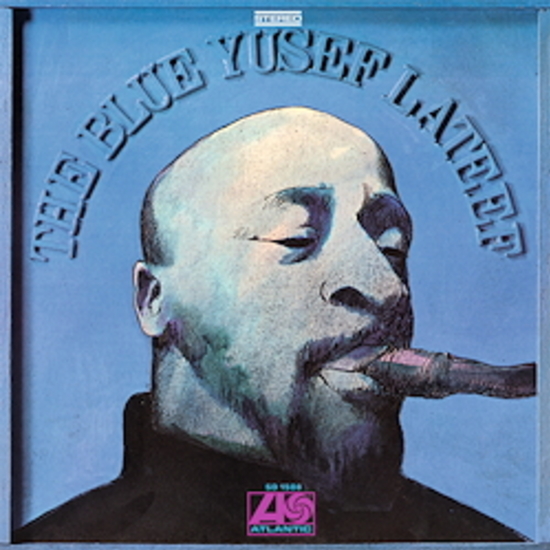 Yusuf Lateef was a leading representative of world music, long before world music was known as such in the jazz, pop and rock community. He integrated all kinds of oriental instruments in his jazz music, such as the koto, bamboo flute and tambura and also – as in this case – in his blues compositions. His saxophone playing is also flawless too and full of wonderful textures, hard and impulsive at one moment, cool and exotic at the next.

On this album Lateef explores, in a painterly way, the border areas of the blues, in all their various guises and addresses both eastern and western cultures. “Juba Juba” begins with a drumbeat on a slave ship, the tempo builds up slowly and agonizingly, and is only penetrated by Lateef’s plaintive flute and background voices singing »freedom, freedom, freedom«. After such a gloomy beginning the classical blues number “Like It Is” comes over like a breath of fresh air, with its superb string quartet as the foundation. The R&B contributions on the other tracks testify to Lateef’s skilled excursions into the realm of the blues, while the truly adventurous tracks such as “Back Home” and the mystic, Chinese odyssey “Moon Cup” weave a magical net of sheer pleasure. “The Blue Yusef Lateef” is in every possible way absolutely breathtaking. It is a milestone as a jazz album. As a blues album it is quite unique. But as a musical work of art it is a glorious and genial masterpiece.