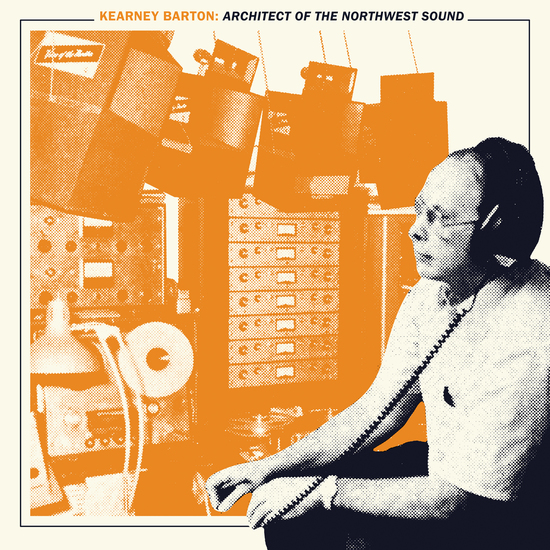 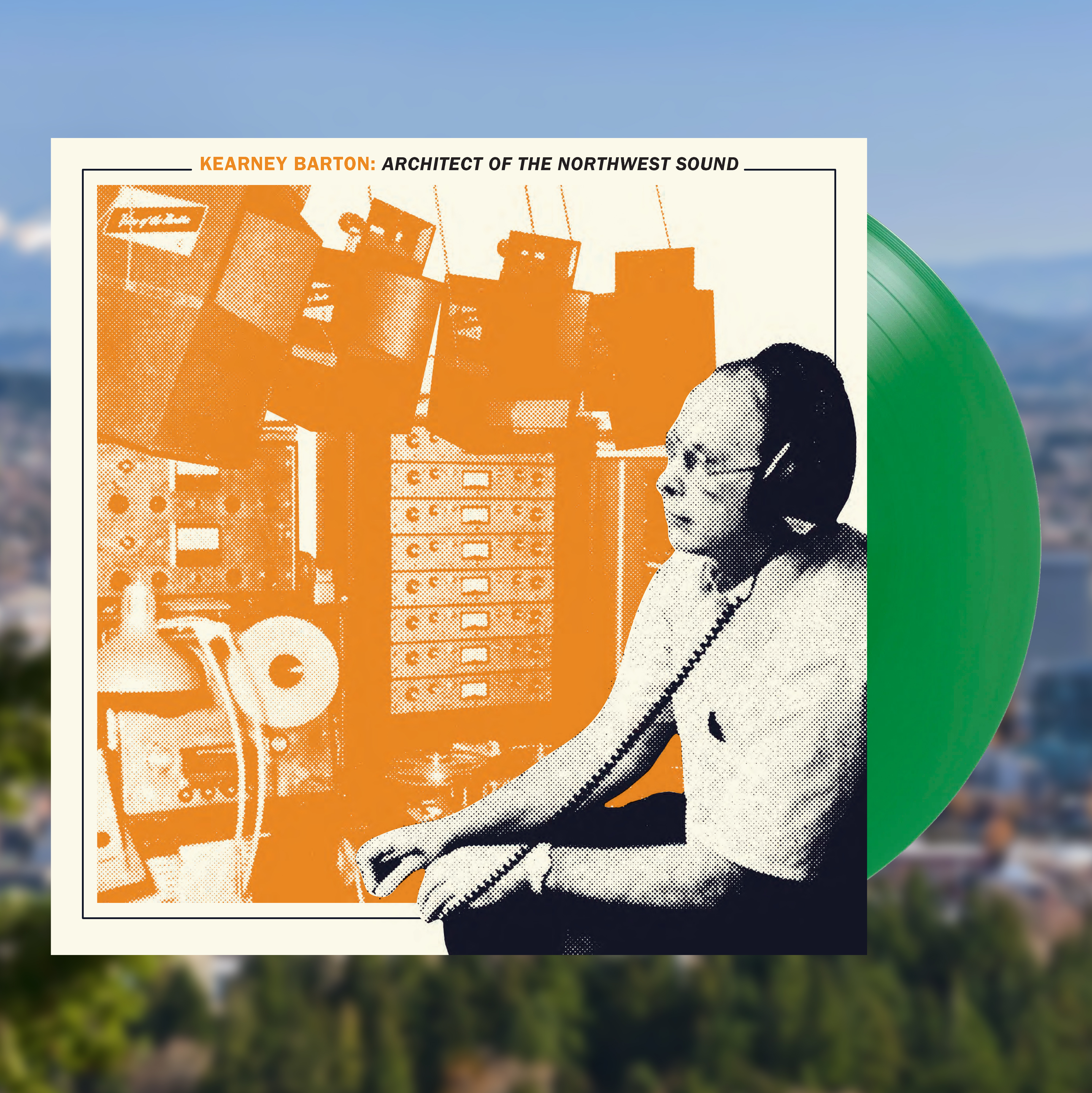 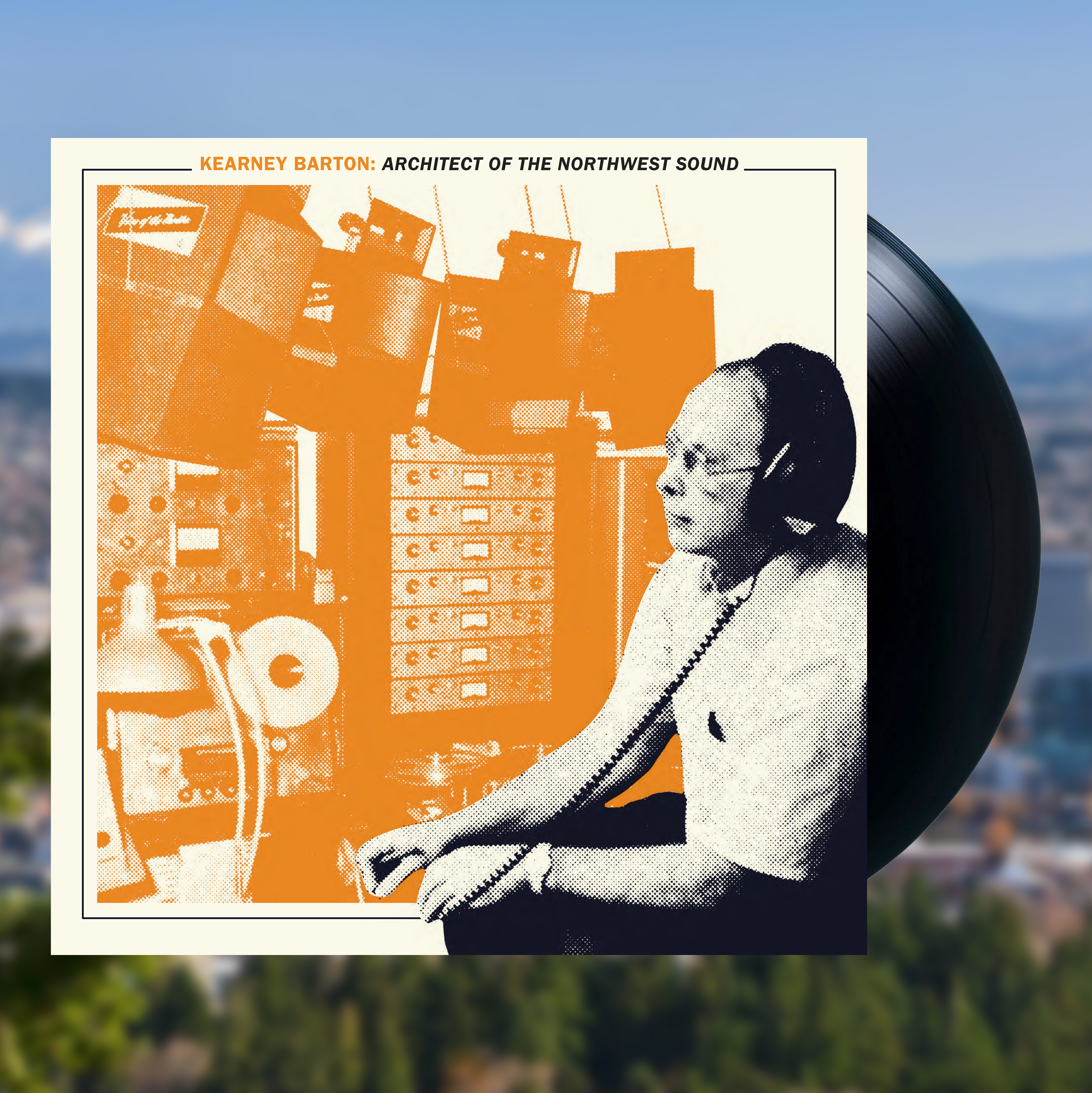 When Seattle-based recording engineer Kearney Barton died in 2012, the 80 year-old studio veteran had spent the past 50 years recording the cream of the Seattle music scene through the decades. The Fleetwoods, Quincy Jones, The Ventures, The Wailers, The Sonics, Ann Wilson (Heart), The Frantics, The Kingsmen, and Dave Lewis to name a few. Barton also captured Seattle’s vibrant 1960s-70s R&B and soul scene, including Black On White Affair and Soul Swingers, among others, as documented in Light in the Attic’s Wheedle’s Groove series. In his later years Barton’s old school reputation drew in contemporary bands like Young Fresh Fellows, The Smugglers, The Minus 5, and The A-Bones into his studio. Essentially, when a local unknown band wanted to make a demo tape, or record their debut album, or perhaps someone just wanted to capture their uncle playing banjo or their kid sister’s first songs, they’d go to Barton’s studio.

There were 7,000 reel-to-reel tapes piled up in Barton’s house at the time of his passing. The University of Washington carefully cataloged these tapes, and former Sub Pop employee Dan Trager (who had learned the art of recording from Kearney years earlier as a student) began listening and taking notes. With input from a team drawn from the university and Light in the Attic, Dan compiled a shortlist of essential tracks that would form the basis of this compilation.

Kearney Barton: Architect of the Northwest Sound is a comprehensive document of Seattle in the 1960s, 70s, and 80s. It is also a testament to Barton’s life-long dedication to the art of recording. It includes long out of print recordings originally released by local labels such as Jerden, Topaz, Piccadilly, and Etiquette Records. It covers a wide range of genres: sitar and balalaika players, gospel church choirs, unknown garage bands, steel drums, obscure soul artists and teenage a cappella singers. There’s also some familiar names here: Sonics, Wailers, a young pre-Heart Ann Wilson, Larry Coryell making his first ever studio recordings with Chuck Mahaffay, the Hudson Brothers long before they were on TV.

“However diverse, there is a commonality that stands out among his recordings: hardcore analog fidelity,” says University of Washington archivist John Vallier. “It sounds like you are in the room with the drums, bass, guitar, and vocals. The mix is minimum. It’s a raw, sonic reality, even if the band is poppy and jangly. It’s an honest sound that doesn’t sugarcoat what’s being performed. That’s Kearney, too.”