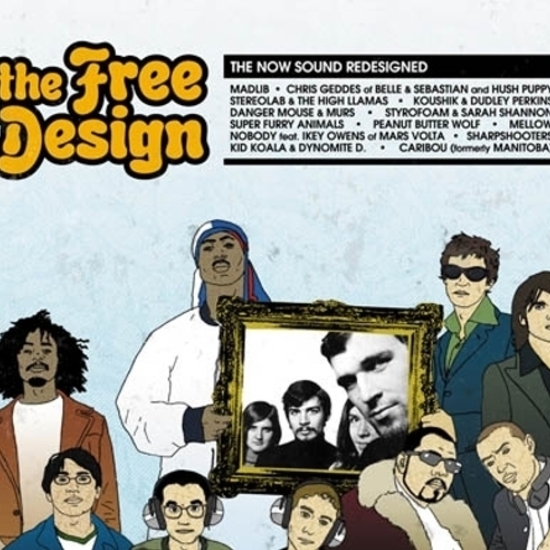 It’s funny how things can hit you, seemingly out of the blue. Back in the summer of 2001, in a mad effort to locate lost Beach Boys tapes; a group called The Free Design popped up on my computer. The bubble gum grade-school artwork of their Kites Are Fun debut decorated my monitor a couple of clicks later. A quick trip over to eBay procured the first of many OG press editions of The Free Design catalog, and within a week, we were in contact with the owner of their master recordings. The quest to share this music, long relegated to vinyl graveyards across the country, had begun!

Selling Free Design albums has never been easy. Despite angelic vocal talents, hook-heavy songwriting skills, and immaculate presentation, the group’s soft-psych family affair failed to elicit iconic stature in the ever-fickle pop community. Even state-of-the-art recording techniques and contributions from a stable of the finest session musicians around weren’t enough for Enoch Light’s Project 3 label (who released six of seven Free Designs LPs between 1967-72) to register a chart smash. Perhaps it came down to promotion, with the label spending more money on well-produced yet trite easy listening sounds.

All but disappearing after the 1972 release of There Is A Song, it took over two decades and stealth-like interest from underground Japanese tastemakers, sunshine pop fanatics, and dusted beat diggers to bring long overdue credit to Chris, Bruce, Sandy, and Ellen Dedrick. Word spread fast about the group’s mellifluous sounds, with vinyl junkies scouring shops the world over in search of their musical ornaments.

Now on CD for the first time, The Free Design: The Now Sound Redesigned, includes every track from the 12" vinyl series housed in a beautiful gatefold digipak. It’s a celebration of all things Dedrick mixed with the sound of now.