Our Lives Are Shaped By What We Love: Motown's Mowest Story 1971 73 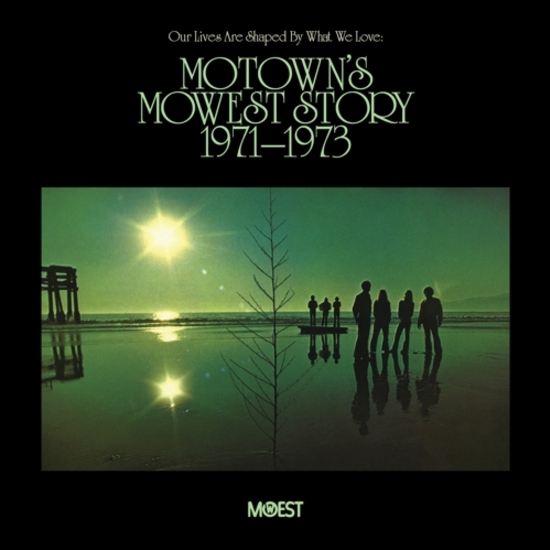 Our Lives Are Shaped By What We Love: Motown's Mowest Story 1971-73

You know the old saying, “Go west, young man”? Well, it’s far from cliché. Over the years, some have hit the road in search of Hollywood’s glitz and glamour, others, simply for warmer climes, but in the early 1970’s, Detroit-native and Motown founder Berry Gordy Jr. brought his musical family to the left coast, one piece at a time. He began by launching the Mowest subsidiary in 1971, a new L.A.-based label dedicated to coastal grooves and an eye towards the top of the charts.

We are completely honored to present the first ever compilation of this now legendary label - "Our Lives Are Shaped By What We Love: Motown’s Mowest Story 1971-1973" (LITA 065), an adult portion of sweet soul, heavyweight funk, and even a dose of potent West Coast hippy rock.

Regardless of talent, quality, and financial backing, Mowest faced an uphill battle. With the majority of Motown’s focus on the already established names of Stevie Wonder, Marvin Gaye, Diana Ross, Smokey Robinson, The Temptations, and their latest chart dynamos, The Jackson 5, there wasn’t as much attention being given to the diverse Mowest roster. Acts like Syreeta, Sisters Love, and G.C. Cameron seemed to get lost in the shuffle. Though the label released over forty singles and close to a dozen albums from up and comers like Odyssey to established veterans Frankie Valli & The Four Seasons, the expected hits never materialized and the imprint quietly folded in 1973. While Mowest artists The Commodores, Thelma Houston, and the aforementioned Cameron continued on with Motown proper, the sub label’s catalogue quickly gathered dust in the cut-out bins of record stores throughout the States.

Gone but not completely forgotten, the best of Mowest gently reverberated around the world in the way that great yet under-appreciated music usually does, from word-of-mouth praise and burning hearts like UK Northern Soul devotees adopting Frankie Valli’s “The Night” as a dance floor anthem, Japanese rare groove DJs spinning Odyssey’s “Our Lives Are Shaped By What We Love” at Tokyo free soul events, and NYC cut-and-paste king Danny Krivit’s notorious Sisters Love “Give Me Your Love” edit.

Forty years later, it’s time for the rest of the world to rediscover what a treasure trove of soulful sounds Mowest left behind. Our Lives Are Shaped By What We Love_ is a lovingly prepared 16-track CD, 2 LP set with epic re-mastering from the original master tapes by engineer Dave Cooley (Blue Note, Warp, Stones Throw, Now Again), extensive liner notes from project curator Kevin “Sipreano” Howes (_Jamaica-Toronto series, Doug Randle, Rodriguez, Monks), and Strath Shepard’s (Pacific Standard) impeccable graphic design. This is a slice of Motown like you’ve never heard or seen before, so let’s head to the beach, set up shop, and max out to the rhythm. Looking at the Pacific, it appears that Mowest’s surf is just about to break.