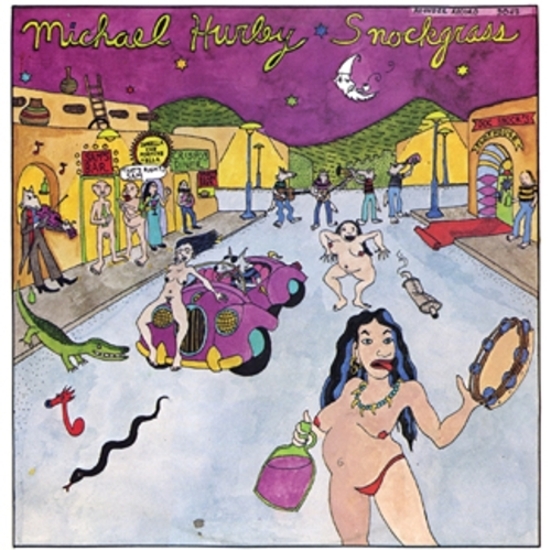 Hurley’s 1980 LP Snockgrass is a delightful singer-songwriter mix-up, with songs that switch from the serious to the satirical at the drop of a hat (sometimes in the middle of a song), which can result in unexpected laughter – the cover painting (done by Hurley himself), tends to get puzzled and startled reactions for its surreal landscape filled with naked people and instrument-playing wolves! The album features several members of the Holy Modal Rounders, including Peter Stampfel on fiddle, Dave Reisch on bass and vocals, and Robin Remaily on mandolin