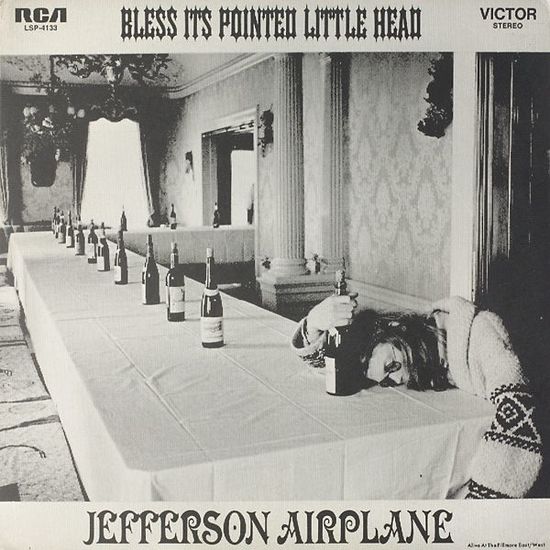 Jefferson Airplane’s first live album demonstrated the group’s development as concert performers, taking a number of songs that had been performed in concise, pop-oriented versions on their early albums — “3/5’s of a Mile in 10 Seconds,” “Somebody to Love,” “It’s No Secret,” “Plastic Fantastic Lover” — and rendering them in arrangements that were longer, harder rocking, and more densely textured, especially in terms of the guitar and basslines constructed by Jorma Kaukonen and Jack Casady. The group’s three-part vocal harmonizing and dueling was on display during such songs as a nearly seven-minute version of Fred Neil’s folk-blues standard “The Other Side of This Life,” here transformed into a swirling rocker. The album emphasized the talents of Kaukonen and singer Marty Balin over the team of Paul Kantner and Grace Slick, who had tended to dominate recent records: the blues song “Rock Me Baby” was a dry run for Hot Tuna, the band Kaukonen and Casady would form in two years, and Balin turned in powerful vocal performances on several of his own compositions, notably “It’s No Secret.” Jefferson Airplane was still at its best in concise, driving numbers, rather than in the jams on Donovan’s “Fat Angel” (running 7:35) or the group improv “Bear Melt” (11:21); they were just too intense to stretch out comfortably. But Bless Its Pointed Little Head served an important function in the group’s discography, demonstrating that their live work had a distinctly different focus and flavor from their studio recordings.