Pleading With The Blues 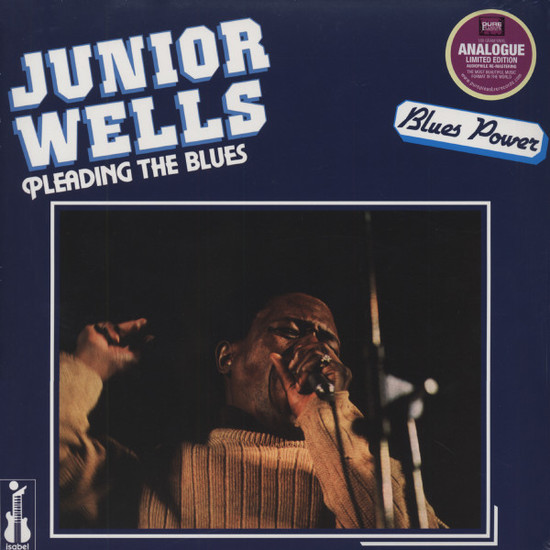 Pleading With The Blues

The year was 1959. The occasion was a “ Battle of the Blues” at the Blue Flame Club in Chicago . A young harmonica player Junior Wells – who got his start as Little Walter Jacobs’ replacement in Muddy Waters’ band back in ’52 — probably didn’t imagine he would come in second. After all, he had already put down both Otis Rush and Magic Sam. Still to come, though, was this fleet-fingered, skinny young Louisiana cat — Buddy Guy, who came first. As the climax to his blistering solo, Guy tossed his guitar in the air, then caught it by the neck … one handed. As it slid through his fingers, Buddy created this high levee moan. Crowd gone wild. It was the beginning of a beautiful friendship.

That chance meeting set in motion more than a relationship. This early, and profound, respect translated into a partnership that somehow superceded Wells’ early work with one of the most important people in the blues. Wells and Guy would produce some of the most unabashed and deeply cool West Side blues recordings.This album recorded for the French Isabel label, in 1979 is a companion piece to Guy’s “Blues Giant” recording of the same year.

There’s the gentle blues shuffle of “It Hurts Me Too,” made famous by Elmore James. There’s the electric-blues muscle of the title tune. Finally, as a bonus track, there’s the funky, clearly James Brown-influenced “I Smell Something.

This is a fine recording — and certainly one of Junior’s best little-known releases.