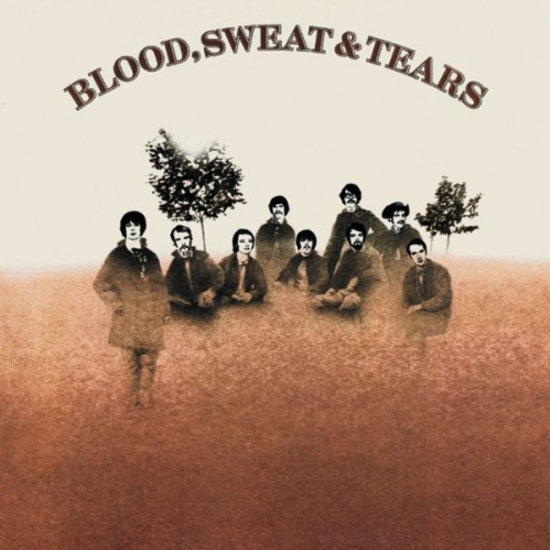 Winner of 3 Grammies in 1970 (“Album of the Year”, Best Arrangment for “Spinning Wheel” and Best Contemporary Instrumental Perfomance for “Variations on a Theme by Erk Satie”) this absolutely mind-blowing album peaked at #1 on the US Charts, staying there for seven weeks, going double platinum by the end of 1969 and stayed on the top 40 for 66 weeks.

It’s actually in the 13th place of the best selling albums from all time in the US with about 3 millions copies sold. Arguably, the Blood, Sweat & Tears that made this self-titled second album – consisting of five of the eight original members and four newcomers, including singer David Clayton-Thomas – was really a different group from the one that made “Child Is Father to the Man”, which was done largely under the direction of singer/songwriter/keyboard player/arranger Al Kooper.

They had certain similarities to the original: the musical mixture of classical, jazz, and rock elements was still apparent, and the interplay between the horns and the keyboards was still occurring, even if those instruments were being played by different people. Kooper was even still present as an arranger on two tracks, notably the initial hit “You’ve Made Me So Very Happy.” But the second BS&T, under the aegis of producer James William Guercio, was a less adventurous unit, and, as fronted by Clayton-Thomas, a far more commercial one. Not only did the album contain three songs that neared the top of the charts as singles – “You’ve Made Me So Very Happy,” “Spinning Wheel,” and “And When I Die” – but the whole album, including an arrangement of “God Bless the Child” and the radical rewrite of Traffic’s “Smiling Phases,” was wonderfully accessible. It was a repertoire to build a career on, and Blood, Sweat & Tears did exactly that, although they never came close to equaling this album. (William Ruhlmann & Bruce Eder in AllMusic)