Christmas & The Beads Of Sweat 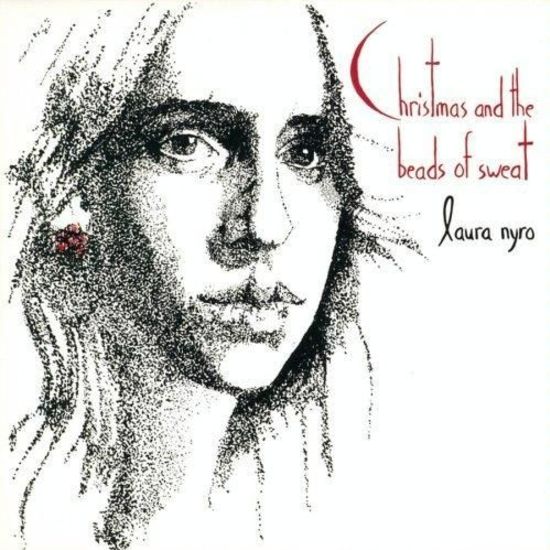 Christmas & The Beads Of Sweat

Laura Nyro’s third Columbia effort is easily the equal of her previous two. The overwhelming strength of her song writing and distinctive arrangements fuel “Christmas And The Beads Of Sweat”. Her unmistakable style of delivery maintains the continual examination of herself as a performer. The results are uniformly interesting and provocative as she continues to draw upon her love of jazz, folk, and R&B. Conceptually, this album is as potent as her previous effort, “New York Tendaberry”, but in a much different way.

Rather than hanging together thematically, “Christmas And The Beads Of Sweat” features two inclusive and distinctive sides of music — with different musicians and producers for each. The first five tracks feature Nyro backed by the Swampers from Muscle Shoals, AL, and include the talents of Roger Hawkins (drums), Eddie Hinton (guitar), Dave Hood (bass), Barry Becket (vibraphone), and Jack Jennings (percussion), with Arif Mardin producing. While this pairing might seem initially incongruous, the quintet had been concurrently working with the likes of Dusty Springfield and Cher and had gained a rightful reputation as a consummate backup band. The final four pieces are steeped in noir more atypical of her previous efforts. The all-star cast of New York City session heavyweights are led by Felix Cavaliere (producer) and features fellow Rascals member Dino Danelli (drums), Ralph McDonald (percussion), Chuck Rainey (bass), Cornell Dupree (guitar), Duane Allman (guitar), and Alice Coltrane (stringed harp), among others. As with all of Nyro’s recordings, at the heart of this effort are her ageless compositions and arrangements.

A motif connecting such disparate tunes as the upbeat “When I Was A Freeport And You Were The Main Drag” to the hauntingly beautiful “Christmas In My Soul” and “Beads Of Sweat” is the aching hollowness that came with the disillusionment that Vietnam, Kent State, and racial relations brought upon America in 1970. As she had done with “Save The Country” some four years earlier, Nyro’s cathartic expressionism is captured at its most fervent on this album. Lindsay Planer/AMG