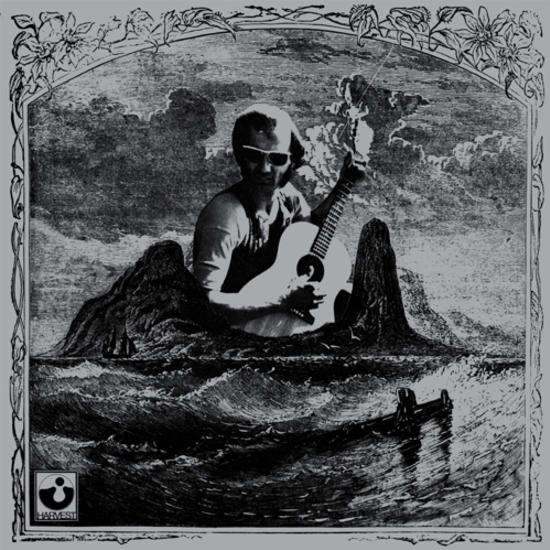 Although not as well known as his peers (Roy Harper, John Marytn, and Bert Jansch), the name Michael Chapman is an important one in the linage of English folk rock guitarists and singer/songwriters of the late 60’s/early 70’s. For those unfamiliar with Chapman’s work, Roy Harper might be his closest musical cousin (and both artists were signed to EMI’s seminal stoner record label Harvest – also home to Kevin Ayers and Syd Barrett).

Like other Harvest artists, Chapman’s music contains a slightly drugged out feel, sublime guitar playing and intense lyrics. Chapman recorded 4 albums for Harvest between 1968 and 1972, of which 1970’s Fully Qualified Survivor is hands down considered the classic amongst the whole highly coveted bunch.

What makes Fully Qualified Survivor such a special album (besides being a vehicle for a young Mick Ronson’s mind-blowing guitar heroics) are the layers of beautiful acoustic guitars, deranged vocals, floating conga drums, and the cello of one Paul Buckmaster – the same man who provided the intense strings on Elton John’s dark masterpiece “Mad Man Across The Water.”

Fully Qualified Survivor is very much an “album” more than a collection of songs as they seem to link together seamlessly, and in 2011 it’s hard to find words to do them justice…
So here’s some comments from 1970 on this blessed out stoner classic:

“An interesting and sometimes alarming bitter-sweet voice. Add to this his tendency to sound like two exceptionally good guitarists playing at once and you get some idea of what he is about.”

“Chapman’s own individual music making has evolved from so many different sources that if anyone tries to classify him they’ll be in trouble.”

And this one that summarizes the record perfectly: “ Fire in sky thunder in forest downpours a quiet voice.”

File this record between Roy Harper’s Flat Baroque and Berserk, John Martyn’s Inside Out, and Bert Jansch’s Jack Orion and you’ll be doing fine. The perfect album for a winter day and a joint.