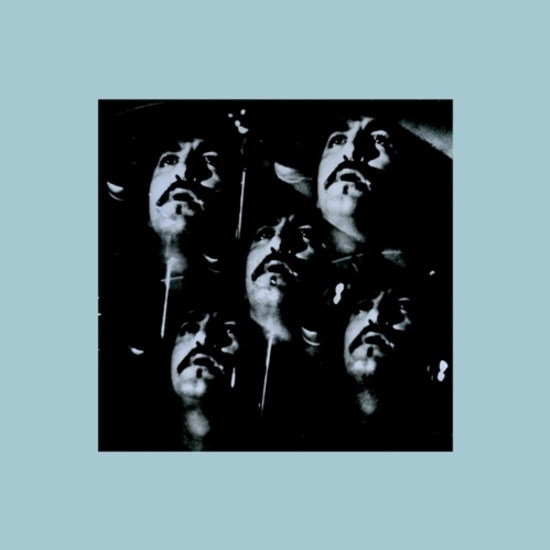 In March 1975, Jim Sullivan mysteriously disappeared outside Santa Rosa, New Mexico. His VW bug was found abandoned, his motel room untouched. Some think he got lost in the desert. Some think he fell foul of a local family with alleged mafia ties. Some think he was abducted by aliens.

By coincidence – or perhaps not – Jim’s 1969 debut album was titled U.F.O. Released in tiny numbers on a private label, it too was truly lost, until Seattle’s Light In The Attic Records begun a years-long quest to give it the full release it deserves – and to solve the mystery of Sullivan’s disappearance. Only one of those things happened.

For record collectors, some albums are considered impossible to get hold of, records so rare you could sit on eBay for years and not get a sniff of a copy. U.F.O. is one of those albums. A seventh son, Jim Sullivan was a West Coast should-have-been, an Irish-American former high school quarterback whose gift for storytelling earned him cult status in the Malibu bar where he performed nightly. Sullivan was always on the edge of fame; hanging out with movie stars like Harry Dean Stanton, performing on the Jose Feliciano show, even stealing a cameo in the ultimate hippie movie, Easy Rider.

Friend and actor Al Dobbs thought he could change all that, and founded a label – Monnie Records – to release Jim’s album, enlisting the assistance of Phil Spector’s legendary sessioneers The Wrecking Crew to do so. That’s Don Randi, Earl Palmer and Jimmy Bond you can hear, the latter also acting as producer and arranger.

U.F.O. was a different beast to the one-man-and-his-guitar stuff Jim had been doing on stage; instead, it was a fully realised album of scope and imagination, a folk-rock record with its head in the stratosphere. Sullivan’s voice is deep and expressive like Fred Neil with a weathered and worldly Americana sound like Joe South, pop songs that aren’t happy – but filled with despair. The album is punctuated with a string section (that recalls David Axelrod), other times a Wurlitzer piano provides the driving groove (as if Memphis great Jim Dickinson was running the show). U.F.O. is a slice of American pop music filtered from the murky depths of Los Angeles, by way of the deep south.

With no music industry contacts, the record went largely unnoticed, and Jim simply moved on, releasing a further album on the Playboy label in 1972. But by 1975, his marriage breaking up, Jim left, for Nashville and the promise of a new life as a sessioneer in the home of C&W. That’s where it gets hazy.

We know he was stopped by cops for swerving on the highway in Santa Rosa, some 15 hours after setting off. We know he was taken to a local police station, found to be sober, and told to go to the local La Mesa Motel to get some rest, which he did. Some time later, his car was spotted on a ranch belonging to the local Genetti family, who confronted him about his business there. The next day his car was found 26 miles down the road, abandoned. His car and his hotel room contained, among other things, his twelve-string guitar, his wallet, his clothes and several copies of his second album, but no note, and no Jim. It was as if he had simply vanished into thin air.

Jim’s family travelled out to join search parties looking for him, the local papers printed missing person stories, but the search proved fruitless. Around the same time, the local sheriff retired and the Genettis moved to Hawaii. Jim’s manager Robert “Buster” Ginter later stated that during the early morning hours of a long evening Jim and Buster were talking about what would you do if they had to disappear. Jim said he’d walk into the desert and never come back.

Tracking down the truth behind Jim’s mystery became an obsession of Light In The Attic’s Matt Sullivan (no relation) when he happened upon a copy of the album and fell in love. He took on a cross country pilgrimage in search of master tapes and truth, and came back with neither, despite hundreds of phone calls, e-mails, letters, faxes, private detectives, telepathy, palm readings and meetings with Jim’s wife, son and producer. Thanks to superb digital mastering techniques, Light In The Attic is still able to present a clean, near perfect copy of Jim’s masterpiece for general consumption for the first time. Enjoy. And remember, beyond the mystery, there’s the music.