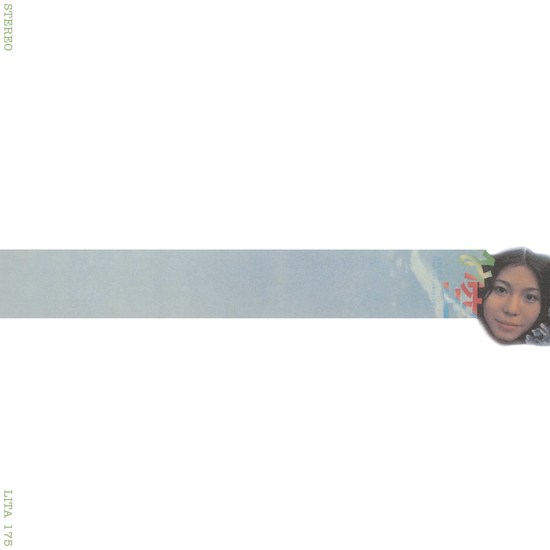 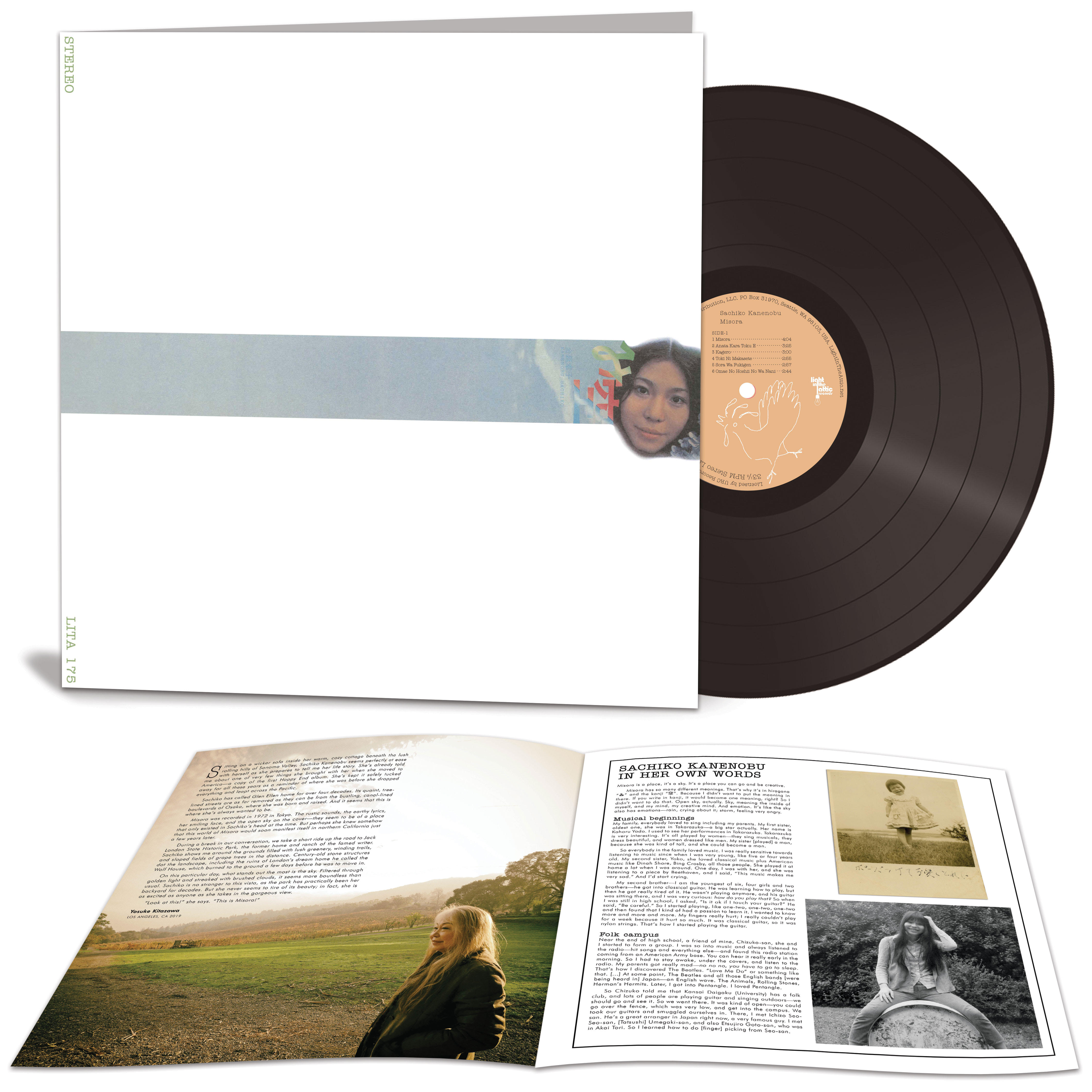 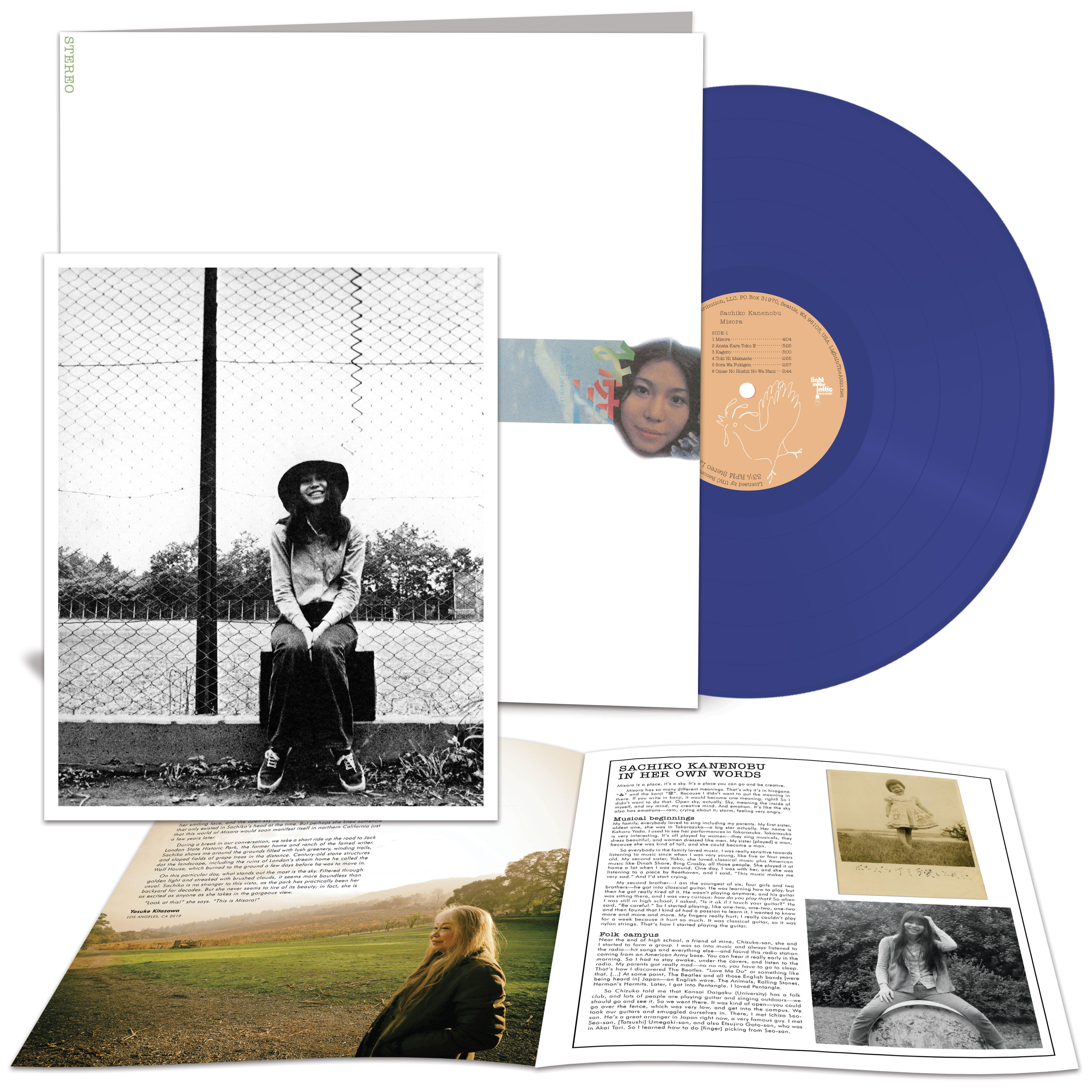 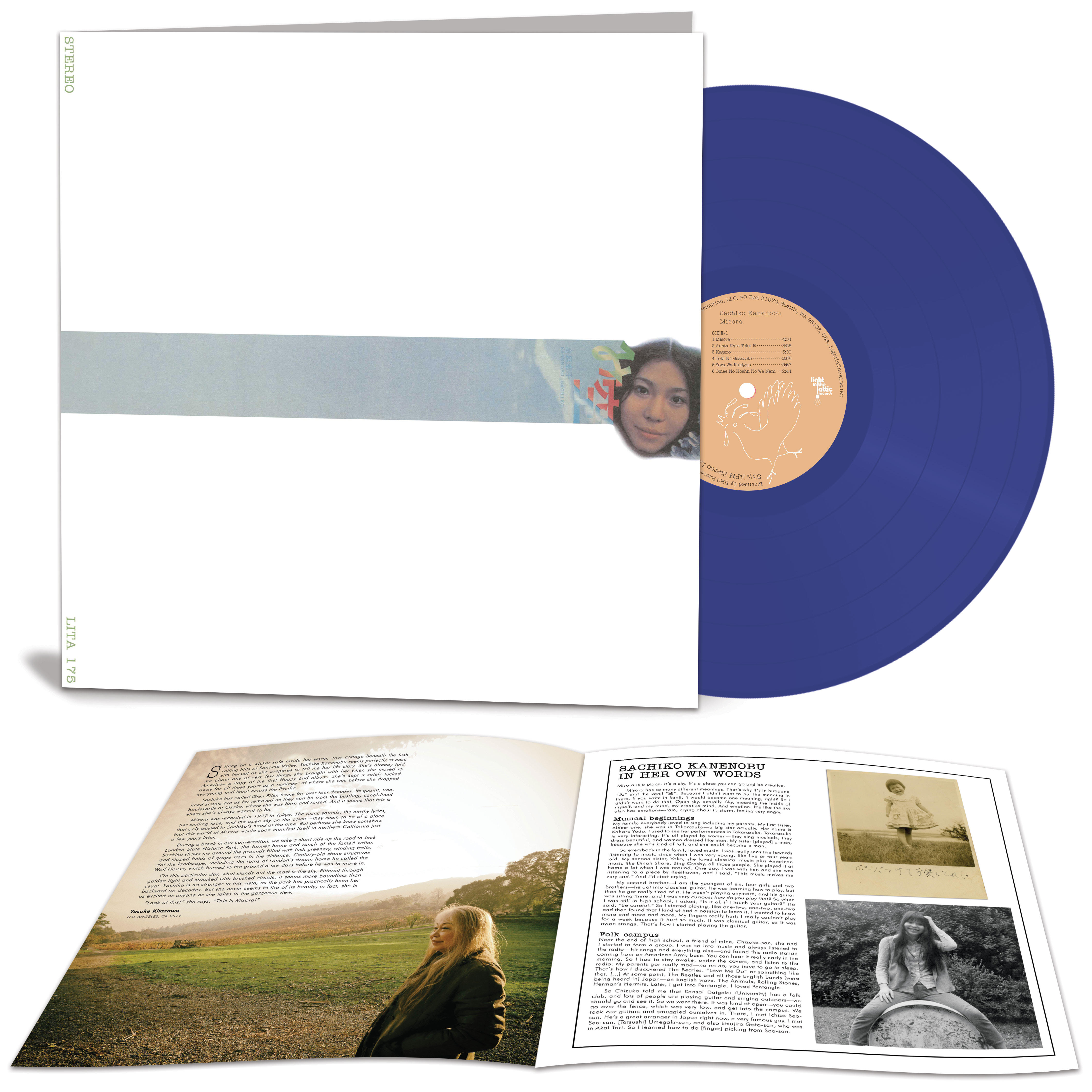 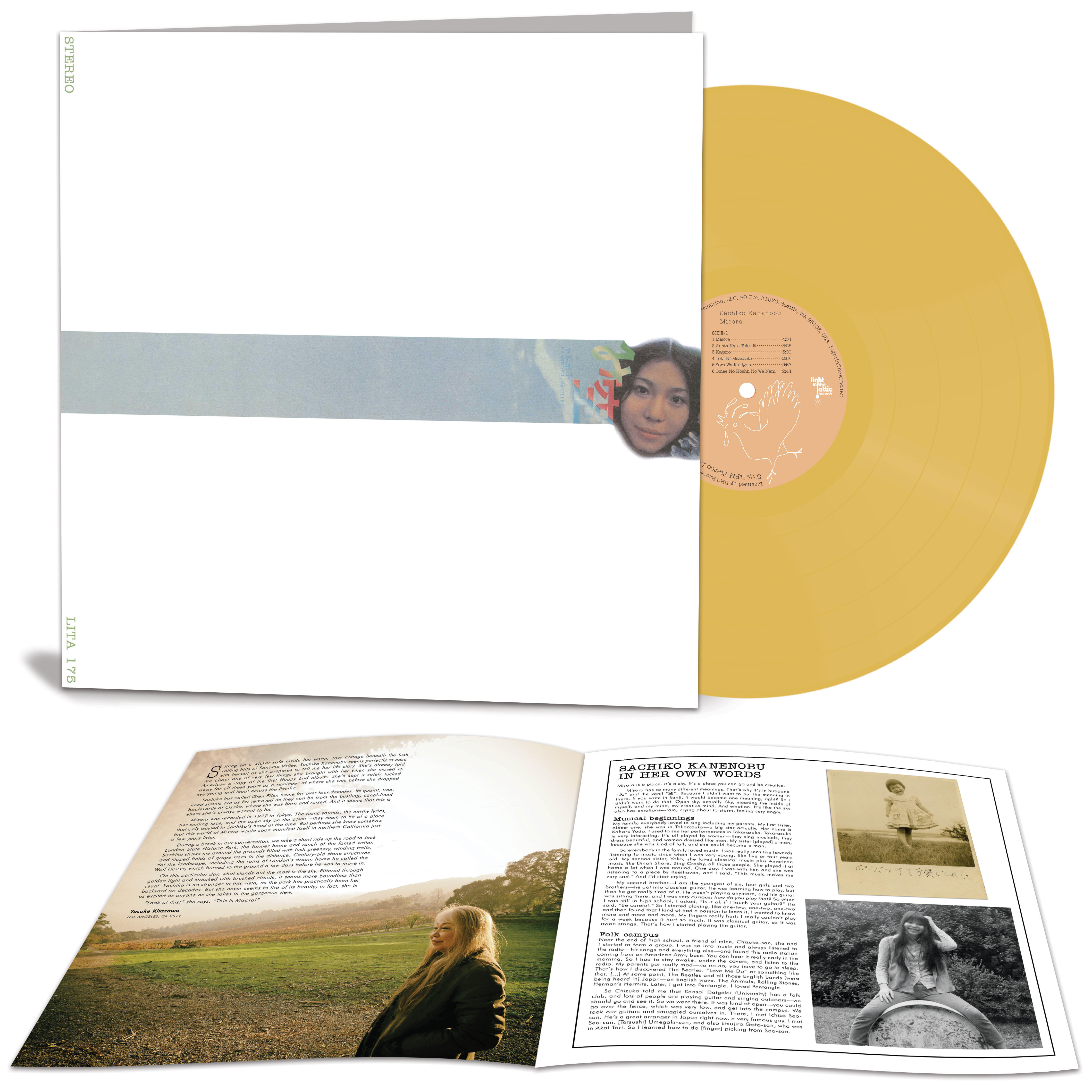 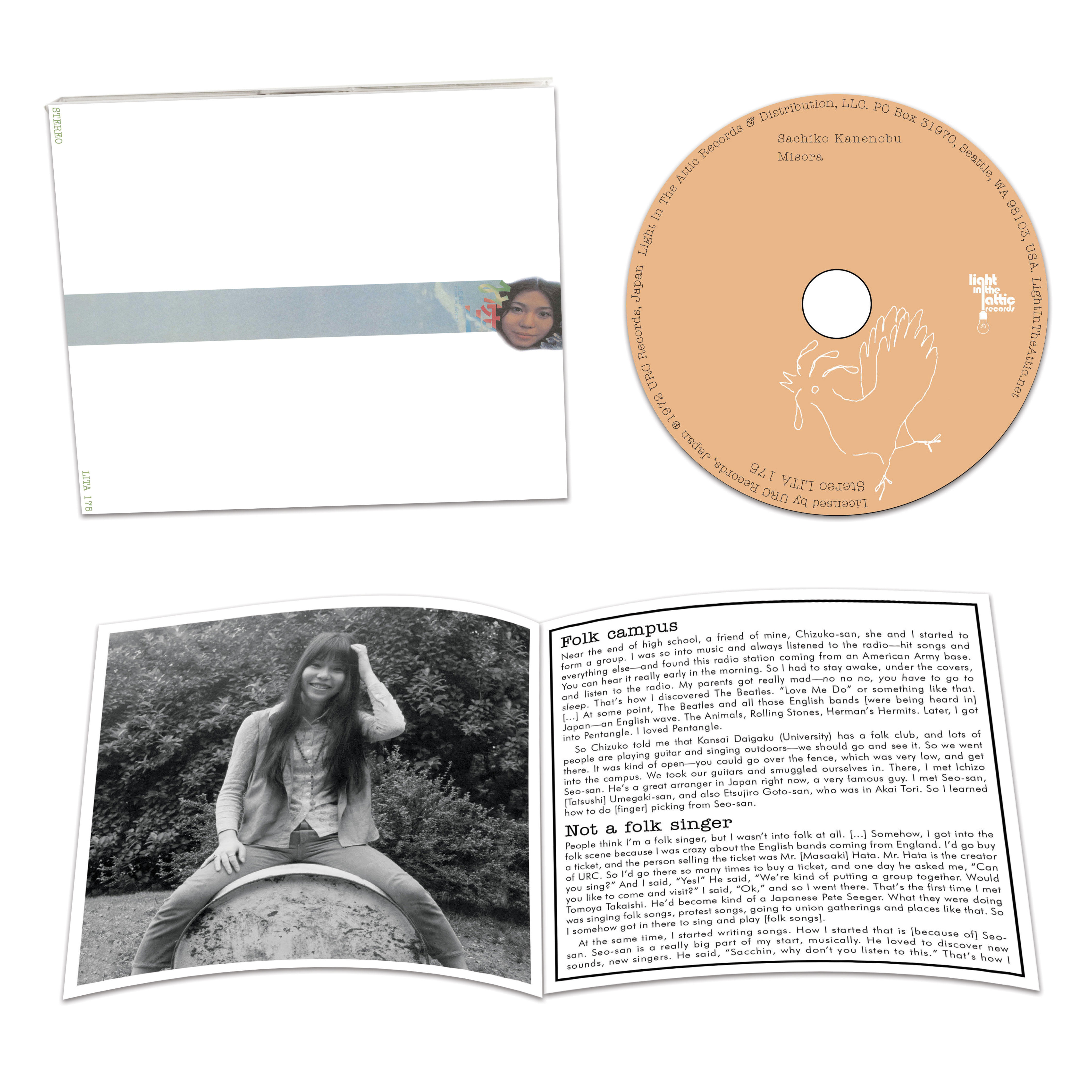 Often regarded as Japan’s first female singer-songwriter, Sachiko Kanenobu created an enduring legacy with Misora, a timeless classic of intricate finger-picking, gently soaring melodies, and rustic Laurel Canyon vibes. Originally released in 1972 on URC (Underground Record Club), one of Japan’s first independent record labels, the Haruomi Hosono-produced album remains one of the most beloved works to come out of Japan’s folk and rock scenes centered around Tokyo and Kansai areas in the early 1970s.

Born and raised in Osaka in a large, music-loving family, Kanenobu picked up the guitar as a teen just as the “college folk” boom swept through university campuses in the Kansai area in the mid-60s. The Pete Seeger and American folk-leaning scene didn’t appeal much to her, however, and instead gravitated towards the British sounds of Donovan and Pentangle, teaching herself guitar techniques by listening to their music. Kanenobu made her songwriting and recording debut as part of Himitsu Kessha Marumaru Kyodan, whose sole single was released on URC in 1969. After years of being pushed aside by the label in favor of newer male artists who were more “folky” in a traditional sense, it was her friendship with the groundbreaking band and labelmate Happy End that ultimately helped her secure the opportunity to record a solo album. With Hosono on board as producer, Kanenobu spent seven days recording the songs that would become Misora, with most songs recorded in a single take.

By the time Misora released in September 1972, Kanenobu was gone. She had left for America, eager to start a new life with Paul Williams, a music writer who had founded Crawdaddy Magazine in 1966. Without the artist to promote it, “_Misora_ was asleep for a long time,” she said. Meanwhile Kanenobu settled near Sonoma in Northern California, retiring from music and concentrating on raising her two children. It wasn’t until Philip K. Dick, the famed writer and family friend, heard Misora and encouraged her to get back into music, that Kanenobu felt the urge to pick up the guitar again. Soon new songs started flowing, and Dick helped finance a single for Kanenobu in 1981. He was committed to producing a full length when he died unexpectedly in 1982.

While she enjoyed success (especially in Germany) with her hard-hitting group Culture Shock in the 1980s, and continued to release albums in American and in Japan in the 1990s, it’s Misora that keeps coming back to her. Every few years a new generation of fans discover the album. Devendra Banhart, Jim O’Rourke, Steve Gunn, and many others continue to tout its greatness.

Kanenobu played a series of sold-out homecoming shows in Japan in 2018, playing Misora in its entirety. Surviving members of Happy End came out to support, some even playing in her backing band. Audience members included old and young, some young enough to be her grandchildren. “I love it,” she said. “They love Misora, they’ve heard it so many times. And here it rose from death…because for them, they can’t believe it—she’s still alive!”