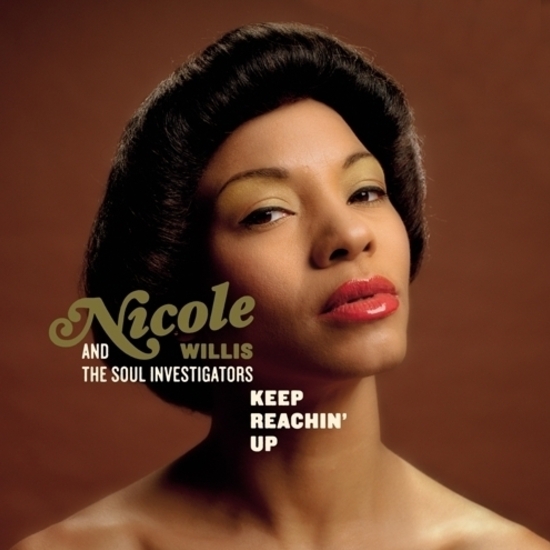 They round up every stray vibe a soul LP should boast. Four Stars! – Record Collector

Light In The Attic Records is proud to release a passionate but suave mod soul collaboration between the lovely and talented Nicole Willis & The Soul Investigators. From the cold far North dance underground, this scintillating vocalist and celebrated Finland funk collective have created a uniquely hot record of romantic grooves.

The Brooklyn-born Willis has worked with Curtis Mayfield, Leftfield, and done crucial work for Mo’ Wax, while the Finnish-bred Soul Investigators have crafted two previous full-lengths and a handful of 45s.

After a few years of lending vocals to various groups, Willis became involved with the New York soul-hip-hop collective Repercussions. “The Mo’ Wax release was the first for us and the label… It seems as always with universal consciousness that people are reaching back into their history and picking out timely genres and musical movements.”

It doesn’t bother Willis that some people might consider her sound retro. “Certainly the music was a project of love but retro isn’t a swear word so it could be considered that as well… we are continuing in a tradition.”

Adored by the UK’s Northern Soul DJs and fans, Keep Reachin’ Up has conquered Europe with timeless tracks like “Downtown” and “Feeling Free” – the 2006 Worldwide Winner for Song of the Year according to world famous DJ Gilles Peterson. International momentum for the album has also been spurred by a BBC Top Ten Track of the Year listing for “If This Ain’t Love”, four star reviews for the Finnish release by MOJO & Record Collector, and a nod by Dusty Groove as an “instant classic” .

A classic soul debut, Keep Reachin’ Up is an essential addition to any collection!!