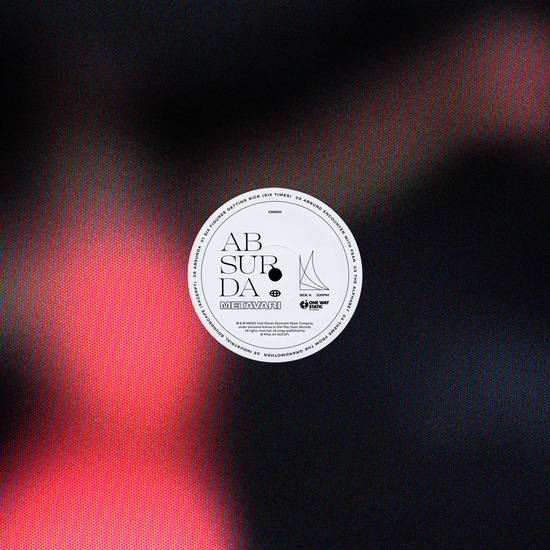 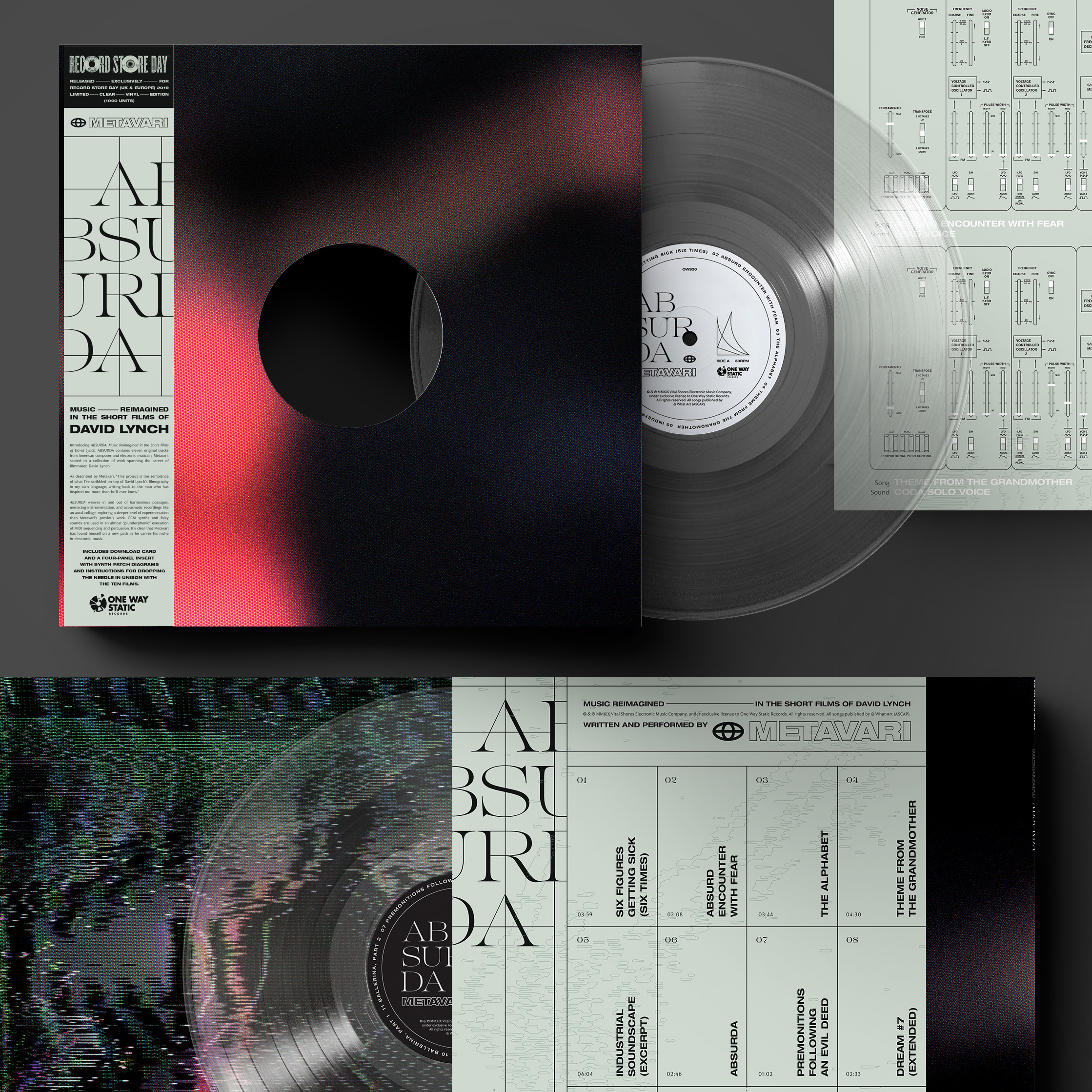 The album contains eleven original tracks, each of which have been scored in unison to a collection of short works from filmmaker David Lynch. Spanning Lynch’s career, the films represent a breadth from student work (e.g., ‘Six Figures Getting Sick’ and ’The Alphabet’) to contemporary pieces like the title track, ‘Absurda’, and his now infamous animations: ‘Industrial Soundscape’ and ‘Dream #7’.

‘ABSURDA’ plays through as thoughtfully as the rest of Metavari’s synth-heavy catalog, but there’s an evolution here that explores a deeper level of experimentation. It is a chaotic collage of sound, rhythm, and melody; weaving through both harmonious passages and abrasive acousmatic sound. An almost “plunderphonic” execution of MIDI sequencing and percussion utilizing PCM synths and foley samples. It’s clear that Metavari has found himself on a new path as he carves his niche in electronic music.

Metavari describes the process as a “scribbling on top” of Lynch’s films. “I’ve followed David Lynch’s career my entire adult life; cherished pages from a series of love letters that feel like they were written just for me. This project is the semblance of what I’ve scribbled, in my own language, on top of those letters as I write back to the man who has inspired me more than he’ll ever know.”

The album comes packaged in a deluxe reverse-board printed jacket with a custom die-cut center hole, also included is a digital download card and a special 4-panel insert (containing synth patch diagrams & instructions for dropping the needle in unison with the ten films. This LP (on CLEAR vinyl) is strictly limited to 1000 copies worldwide. Released exclusively for Record Store Day (UK & Europe) 2019, available in participating stores on April 13.