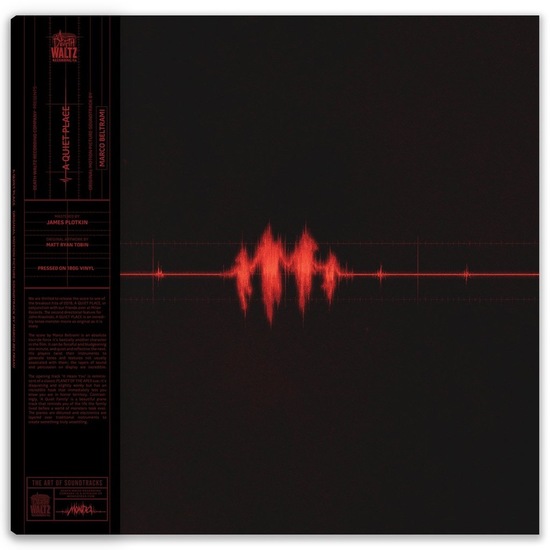 We are thrilled to be releasing the score to A Quiet Place in conjunction with our friends over at Milan Records. The film has been one of the breakout hits of 2018. This is only the second directorial feature for John Krasinski and is an absolutely incredibly tense monster movie, that is as original as it is scary.

The score by Marco Beltrami is an absolute tour de force, it’s basically another character in the film, it can be forceful and bludgeoning one minute and quiet and reflective the next. His players twist their instruments to generate tones and textures not usually associated with them, the layers of sound and percussion on display are incredible, the opening track ‘It Hears You’ reminds me of a classic Planet Of The Apes cue it’s disquieting and slightly wonky but has an incredible hook that immediately lets you know you are in horror territory whereas say ‘A Quiet Family’ is a beautiful piano track that reminds you of the life the family lived before a world of monsters took over. Pianos are detuned, Electronics are layered over traditional instruments to create something truly unsettling.