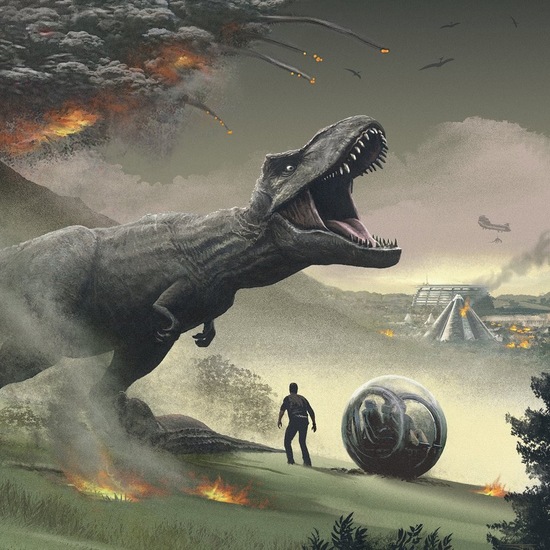 Mondo, in partnership with Back Lot Records is proud to present Michael Giacchino’s incredible soundtrack to JURASSIC WORLD FALLEN KINGDOM.

FALLEN KINGDOM is some of the most fun we’ve had in the theaters this year. And Giacchino’s score – which returns more to his penned Jurassic World score than the John Williams’ cues that bridged the gap in the last film – is evocative of classic Universal horror, and haunted house movie scores, breaking from the pack of previous Jurassic scores. Much like the film itself, Giacchino creates a fun, fresh take on the music of the “Man creates Dinosaurs… Dinosaurs eat Man” series.