The Words In Between 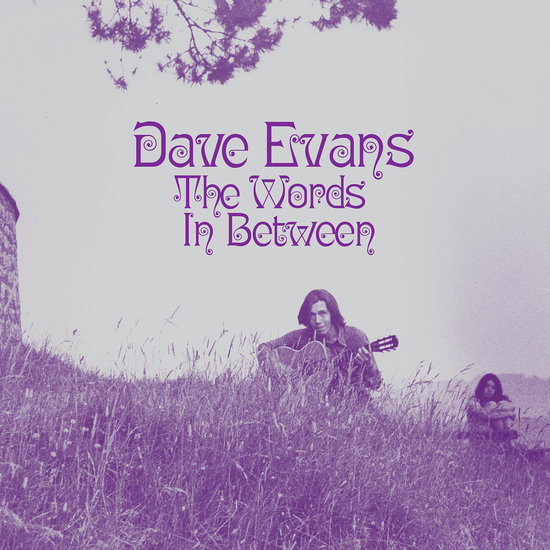 The Words In Between

The story goes that Ian A. Anderson and Gef Lucena were walking the streets of Clifton, trying to come up with a name for their new record label. At the time (the early 70s) Greenwich Village was naturally the mecca destination for any musician worth his 12-string, so the pair had taken to referring to their slice of Bristol as ‘Clifton Village’ (long before this was taken up by estate agents across the land, albeit in a very different fashion). And so The Village Thing was born; home to a great many extraordinary talents, not least of all Dave Evans, and his magnificent debut ‘The Words In Between’.

Like many albums of the era – and inclination – “Words” was recorded straight to tape in someone’s home (in this instance, Ian Anderson’s). Nothing unusual there – the DIY aspect of making records at this time was something of a necessity, rather than an aesthetic – but one has only to look a little further to realise that the sounds Dave Evans relayed to a shiny new Revox were unique. Not just the songs, but the guitar on which he played; every aspect of his sound was of his own design. No small feat during a time when most of his peers had to beg borrow or steal an instrument, just to fulfill their Saturday night slot at the Troubadour.

Evans has rightfully earned cult status amongst anyone with an ear for the fingerpicking style of guitar. Even the most cursory glance at his ‘Old Grey Whistle Test’ session is enough to leave one spellbound – Lou Reed (in the audience at the time) was said to have been completely mesmerised by Evans’ phenominal – yet seemingly effortless – touch. As far as comparisons go, Evans could easily sit alongside the likes of Robbie Basho or John Fahey in terms of technical ability, but the rarity of his talent lies in his gift for melody, which is relayed both instrumentally, and via his sweet Welsh lilt. In a world where it seems as though every guitar LP of the 60s and 70s has been scrutinised within an inch of its life, ‘The Words In Between’ might just be that rare thing: a wonderfully arcane gem.

“The Words in Between’ feels clear and effortless. It’s a recording of just guitar and voice, and really does guide us to the spaces in-between, where we find solace, a calm warmth. Dave’s consoling voice comes through in his words, and his exquisite guitar playing guides us along on this lovely journey. I’m so happy that this album will be put back into the world — for new ears to love, and for the old, worn out copies to be replaced.” Steve Gunn, 2018

“After Bert, John, Ralph and Wizz, where to next? Look further than this companionable compendium of small wonders. One of the last great undiscovered folk guitar albums of its era.” Pete Paphides, 2018