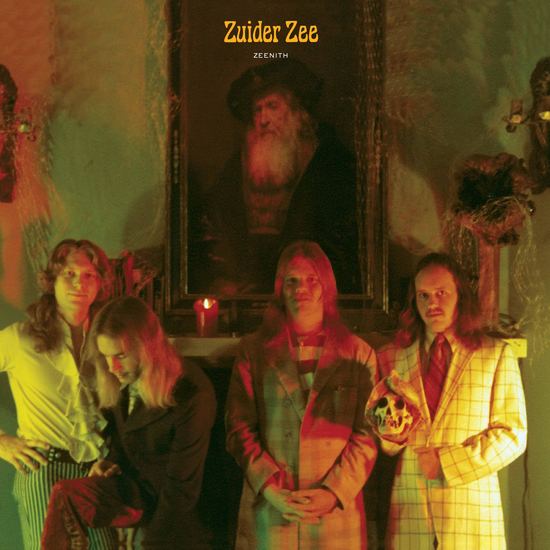 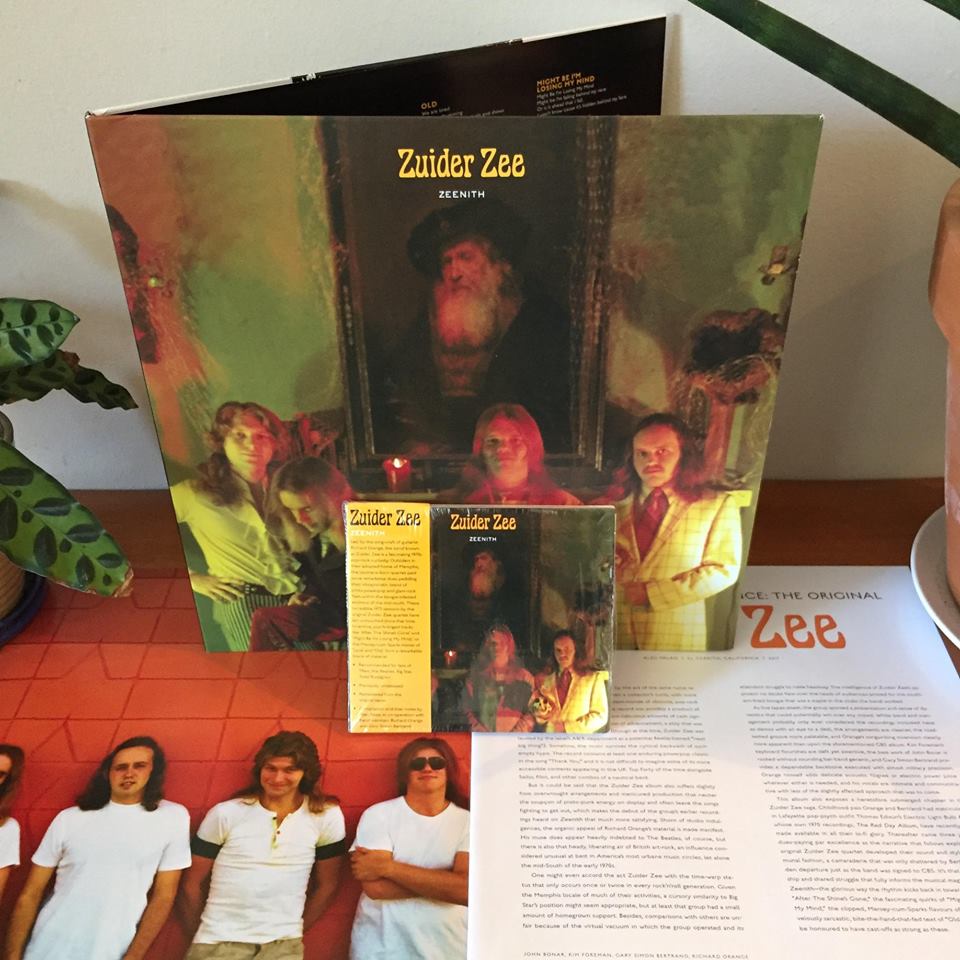 An early/mid-1970s group that sound like a hybrid between T-Rex and Big Star, might sound like a band that should be universally adored but Memphis’ Zuider Zee have remained something of an untapped curiosity. Until now. With this first time release of the album Zeenith, recorded between 1972 and ’74 and featuring all previously unheard tracks, the band should no longer be a boxed-up mystery.

Prior to Zeenith, Zuider Zee’s 1975 self-titled LP was the only record out there that existed. Released on Columbia, it was hailed as a true great power pop record of the time by groups such as Cheap Trick. “Rick Nielsen called me one night,” Zuider Zee’s Richard Orange recalls. “He was asking about why weren’t we bigger and doing as well as they were. He said: “Man, you’re so damn good, do you know where I have your phone number? I have your number right beneath John Lennon’s number. Fuggin’ John Lennon, Richard!’

Despite love from such bands and a later line-up of Zuider Zee even supporting the Sex Pistols at the Taliesyn Ballroom in Memphis in 1978 – “Sid Vicious stumbling around out of his gourd. It was very unremarkable, the whole event.” remembers Orange – and with Columbia never even releasing a single for radio, Zuider Zee never quite took off and dissolved into the ether of cult band land. However, an untold chapter of the group’s history has now been unearthed as Light In The Attic’s ability to pluck gold from seemingly nowhere continues on this release.

Comprised entirely of previously unreleased tracks, Zeenith is an album in which sugar-coated glam stomp nestles up alongside Mersey beat and where rousing power pop, crunchy rock and a undercurrent of pop-peppered psychedelia all merge seamlessly.

Childhood pals Richard Orange and Gary Simon Bertrand had matriculated in late ‘60s Lafayette pop-psych outfit, Thomas Edisun’s Electric Light Bulb Band, before joining forces with Kim Foreman and John Bonar. Zuider Zee’s tale wasn’t always destined to be that of a mysterious cult band but they did face some difficulties in from the off, as they found when they moved from Jackson, Mississippi to their new adopted home of Memphis. “When we first rolled into town, we were completely unknown,” says Orange. “We couldn’t get a gig at any of the clubs for what seemed like at least a year or even longer. We were very different from bands in the South. We never covered any Southern rock – apart from The Allman Brothers who we all thought the world of – and as we grew into ourselves we didn’t sound anything like southern rock.”

It was Orange’s work ethic that kept the band driven and focused though through such tough times. “I can honestly say that there is one thing Zuider Zee shared with The Beatles experience,” he says. “We played for years in the crappiest most disgusting, dangerous and depressing places, and we played anywhere from 5 to 7 hours, 6 days a week – for years.”

A group led by such a hard-working and determined individual is glisteningly apparent on this release. Zeenith feels like a band at that magical juncture between a group perfecting their craft whilst still driven by wide-eyed optimism, youthful energy and a sense of fun that radiates throughout every note played. Ultimately, this was at the core of Zuider Zee’s aims. “Most important is to have fun whilst you’re up there doing it [on stage] because people will feel that joy – it’s electric and contagious and they will react to it.”

Something that still feels pertinent over 40 years since it was created. 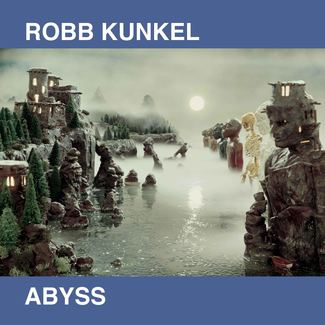