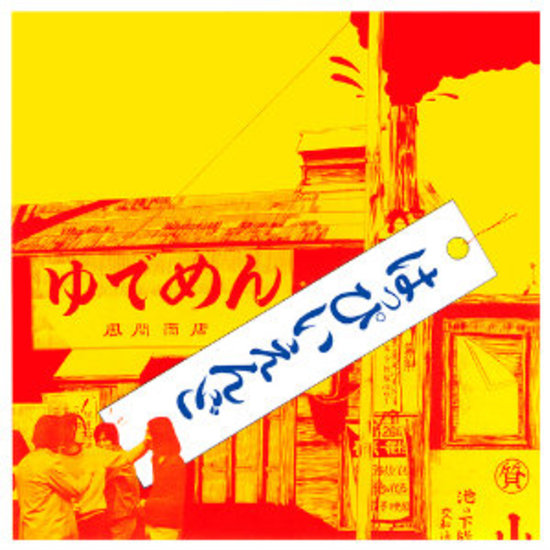 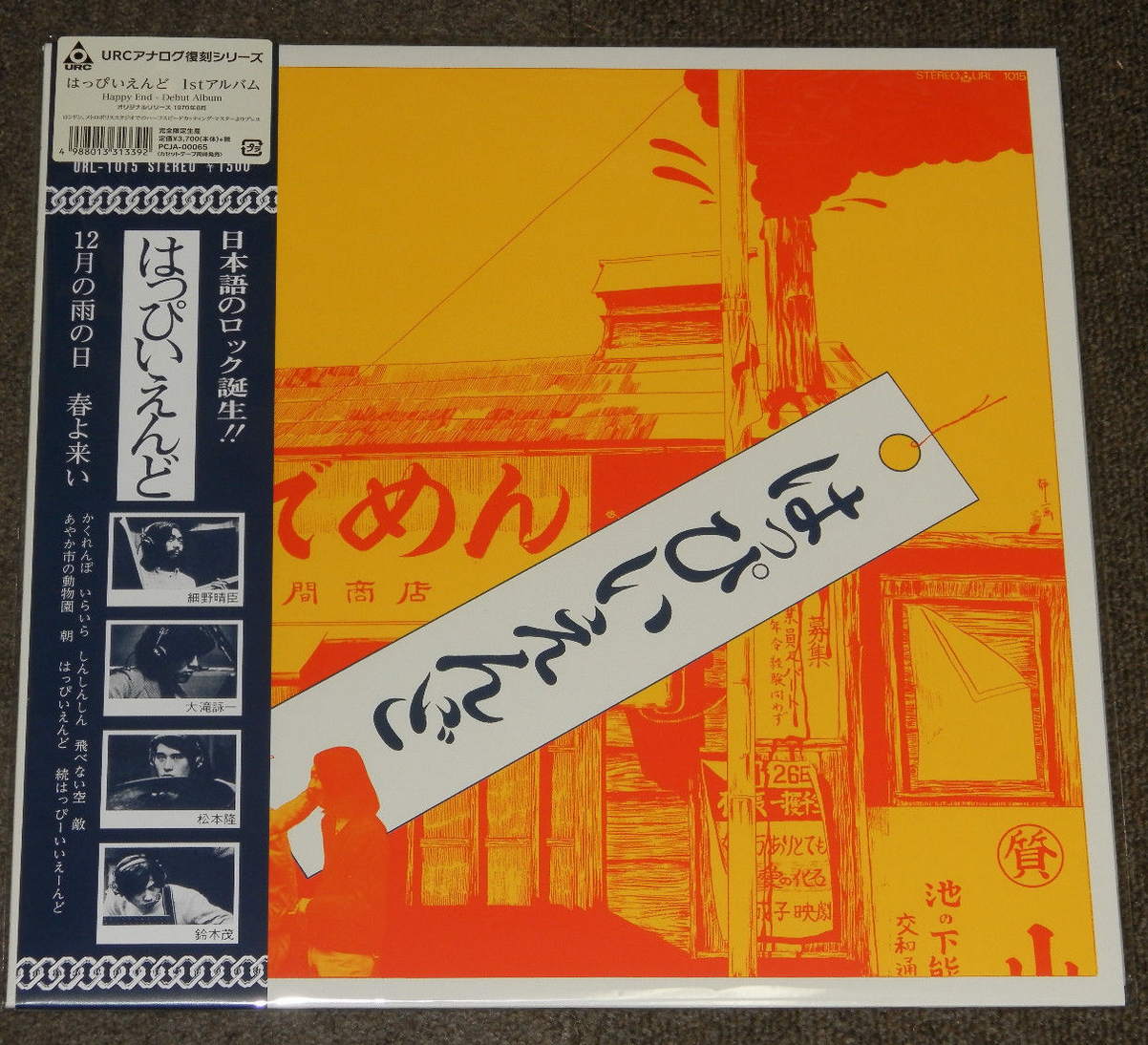 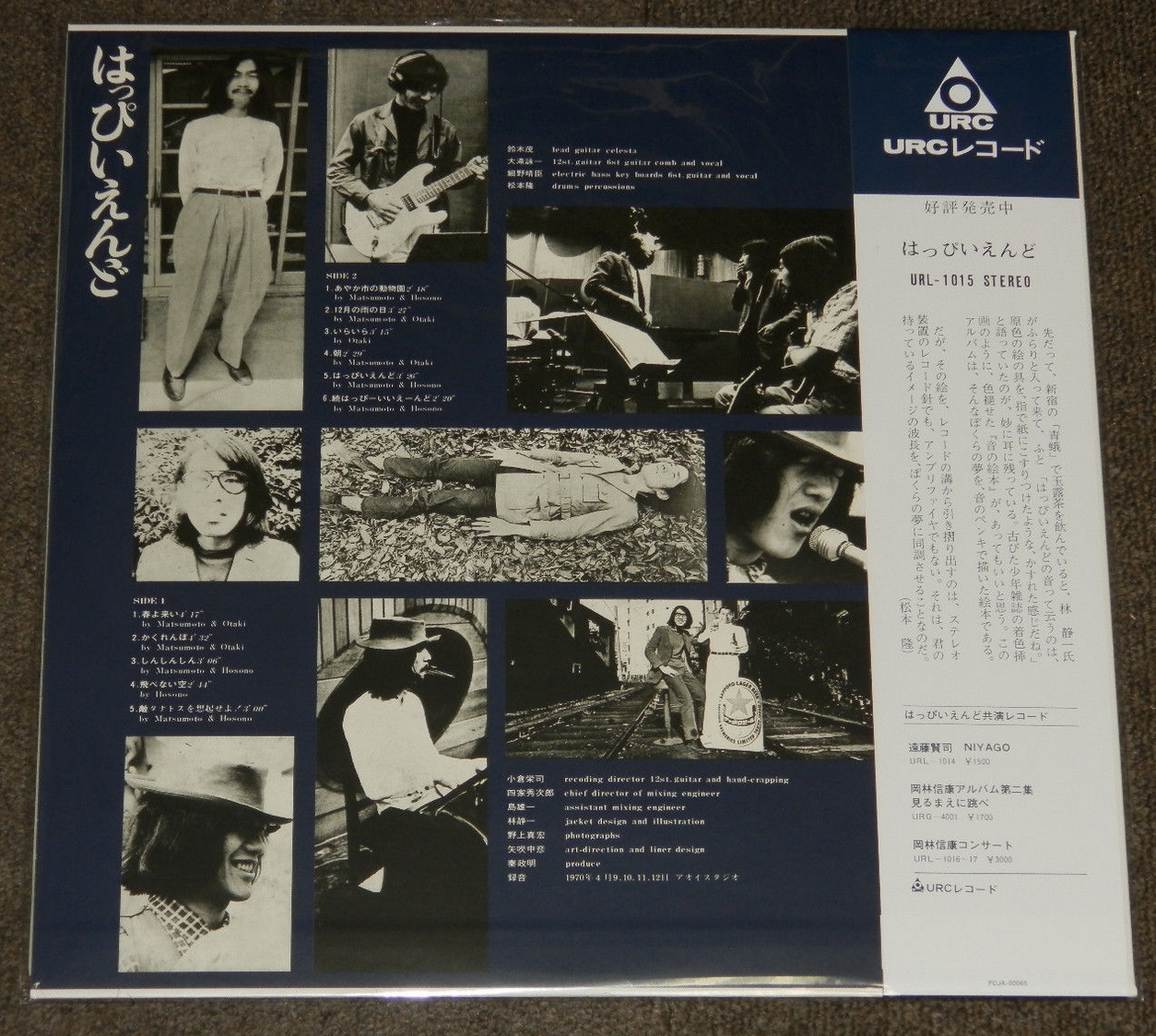 One of the most influential bands to come out of the ’60s-’70s Tokyo folk and rock scene, Happy End was a deliberate attempt to marry the sounds of West Coast rock with a distinctively Japanese sensibility. Formed by Haruomi Hosono and the similarly music-obsessed Eiichi Ohtaki in 1969, the group was rounded out by teen guitar phenom Shigeru Suzuki and poet-drummer Takashi Matsumoto, whose stylized lyrics provided the foundation for the concept of the “Kazemachi,” or “Wind City,” a rapidly modernizing city with nostalgia towards the simpler life of their youth. Happy End were heavily in demand as a backing band, providing a solid rock foundation for many of the artists on URC.

The success of Happy End’s debut album, as well as their following album Kazemachi Roman, proved the sustainability of Japanese-language rock in Japan.