The Cowboy & The Lady 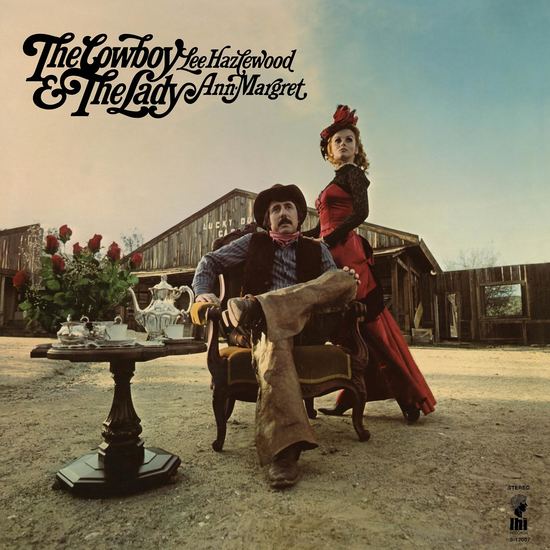 The Cowboy & The Lady

The “Cowboy” moved slowly out of the booth and into the studio. You could tell by the look in his eyes, that the half-dozen shots of Chivas Regal had put his ego to rest, and he was ready to sing with the “Lady.” They Sang for three nights – the “Cowboy” and the “Lady”, and the Gods were kind, and their album was finished on time. Herein, lie the results…some good, some bad and some more. -Lee Hazlewood

“He had that wonderful, raw sense of humor and that good ol’ boy accent. He certainly could turn a phrase.” -Ann-Margret

In 1969 Lee Hazlewood’s personal record label LHI Records was flush with major label cash and Lee wanted to make Ann-Margret his next big star. In the quest for a hit, the pair recorded fuzzed out acid rock (“It’s A Nice World To Visit (But Not To Live In)” & “You Turned My Head Around,”) orchestral pop (“Sleep in the Grass” & “Chico”) and a genuine country album cut in Nashville.

Light in the Attic Records is proud to continue it’s Lee Hazlewood archival series with an expanded reissue of Lee & Ann-Margret’s The Cowboy & The Lady. The album is Hazlewood’s truest country album and a perfect example of the genre hopping he was afforded at LHI with unlimited creative freedom and money to burn. Recorded over a weekend in Nashville with the help of Charlie McCoy and some Nashville session musicians.

With improvised lines like “Look at her standing there with chili all over her dress / If I knew her better, I’d give her a puppy,” the sessions were loose and fun, with most tracks cut in one or two takes.

“I had done things in Nashville before. I worked with The Jordanaires in ’62 or ’63. We did a lot of things. I had worked with Charlie McCoy, Floyd Cramer, and Chet Atkins. I love the feeling of Nashville.” – Ann-Margret

A whirlwind year of lear jet promo tours, magazine photo shoots, television specials and cutting records for LHI wasn’t able to bring the success that Lee and Ann-Margret pushed for. A second LHI album with Ann-Margret was planned but never recorded. Within a year of making the trip to Nashville, Lee would be living in Sweden full-time and Ann-Margret would focus on her acting career for the better part of a decade. Nothing exemplifies Lee’s “throw it against the wall and see if it sticks” record production of the LHI era like his work with Ann-Margret. Though it didn’t stick, and it didn’t sell, Lee’s adventure with Ann-Margret is an extravagant tangent that has since grown a cult following…