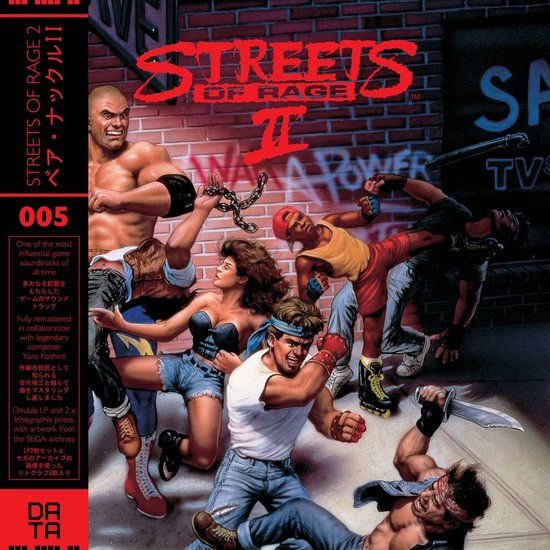 Widely regarded as one of the greatest and most influential game soundtracks of all time, STREETS OF RAGE 2 remains a towering achievement of the 16bit era. Data Discs is extremely proud to be releasing this masterpiece of FM synthesis, composed by Yuzo Koshiro and Motohiro Kawashima in 1992 and sounding more relevant today than ever.

The audio has been carefully remastered using multiple sources, including the original NEC PC-88 files supplied by Koshiro himself, and packaged in original artwork sourced from the SEGA archives in Japan.