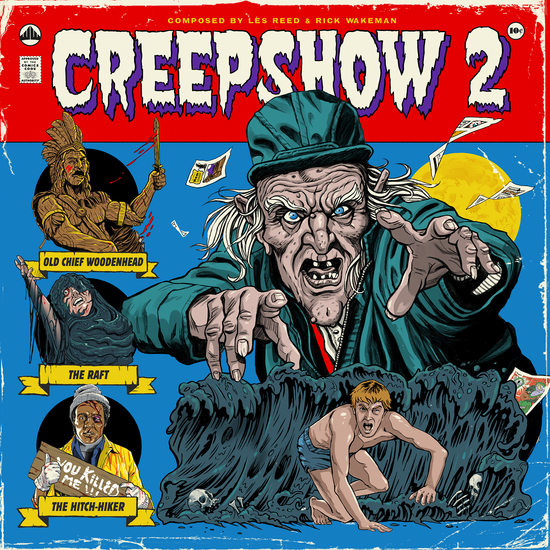 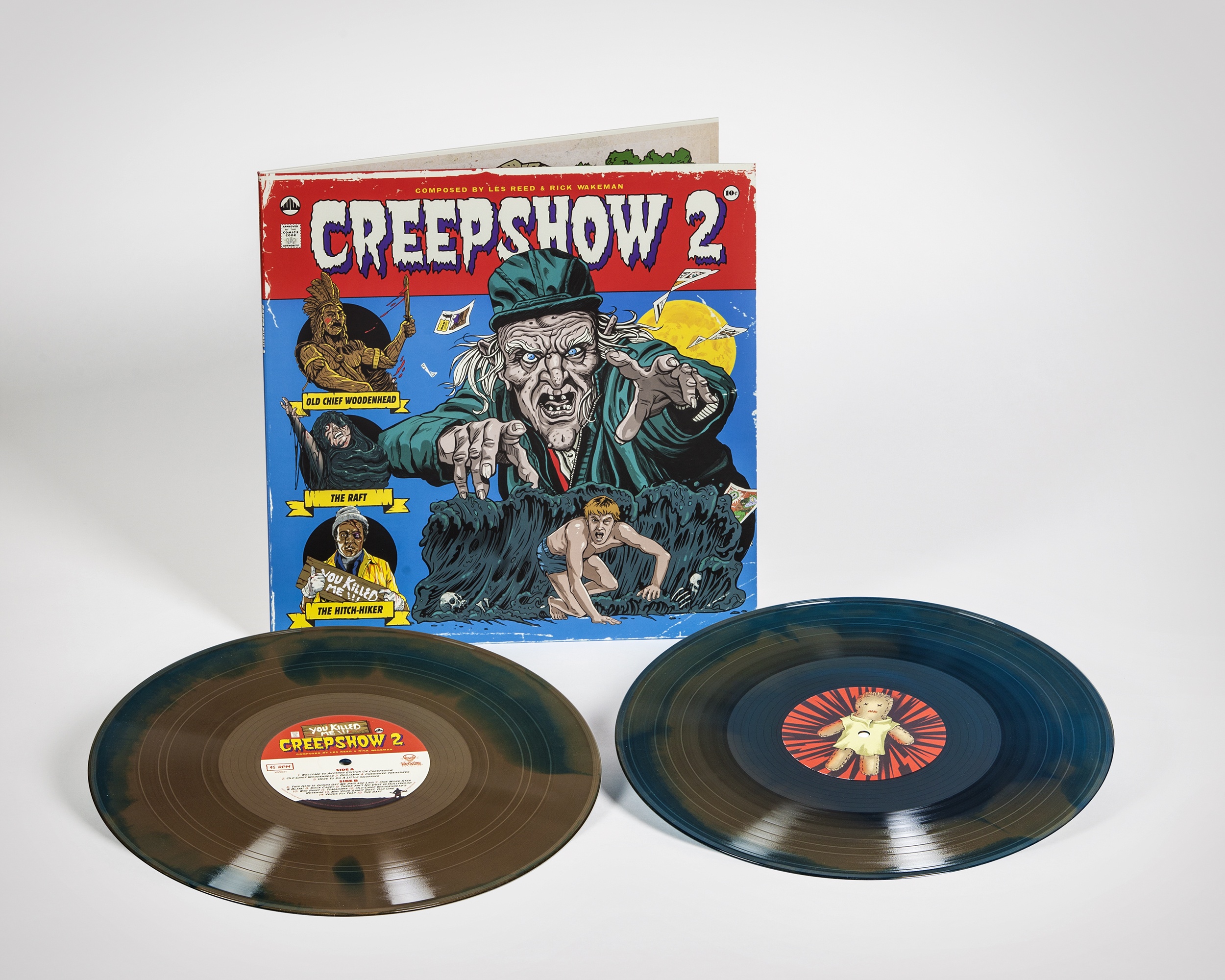 Waxwork Records is thrilled to announce the debut soundtrack release of CREEPSHOW 2. The 1987 anthology horror film is a sequel to 1982’s CREEPSHOW, which was directed by George A. Romero and written by Stephen King. The film is once again based upon stories by Stephen King, and features three horror-segments, Old Chief Woodenhead, The Raft, and The Hitchhiker, with an animated-horror wrap around story.

The score, co-composed and performed by Les Reed and Rick Wakeman, features a mix of both classic, orchestral compositions and electronic, synth cues. Waxwork’s CREEPSHOW 2 deluxe, double LP soundtrack release marks the very first time that the music from the film has been released in any format. After a lengthy search of the original masters, Waxwork Records was able to work directly with composers Les Reed and Rick Wakeman to acquire the original source material and re-master for vinyl.

Waxwork’s 2014 vinyl release of the original 1982 CREEPSHOW score by John Harrison has become a fan favorite amongst film music lovers, horror fans, and record collectors, thus being re-pressed and selling out almost immediately upon release on both occasions.

Waxwork spared no expense with the double LP release of CREEPSHOW 2. Packaging details include 2xLP 180 gram colored vinyl, old style tip-on gatefold jackets with a built in booklet featuring liner notes by composer Les Reed, and an LP package that is jam-packed with all new artwork by Ghoulish Gary Pullin!