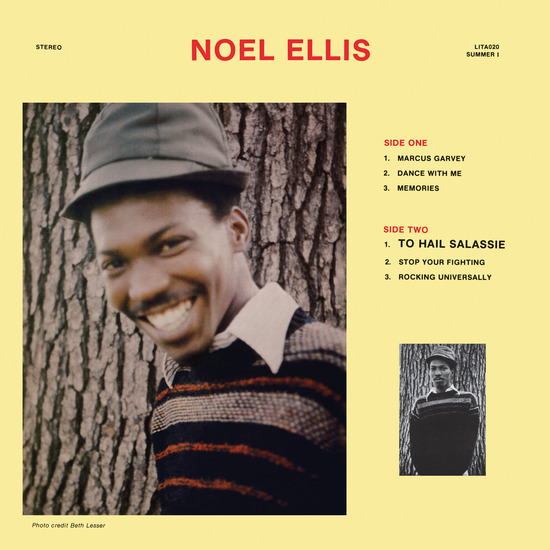 Noel Ellis features six dub-loved, heavy yet ethereal tracks, with contributions from OG reggae maestros Jackie Mittoo, Willi Williams, and Johnny Osbourne. The eponymous classic lost full-length includes the hugely influential “Rocking Universally”, whose rhythmic influence was Willi Williams’ “Armagideon Time” (covered by The Clash). The poignantly autobiographical “Memories” (about Noel’s upbringing in Jamaica) is a highpoint as well. “Stop Your Fighting” was a universal anti-materialism/war plea that we should still heed today, while “Marcus Garvey” was delivered in Noel’s playful style, despite a solemn rallying cry of “Africa it must be free…”