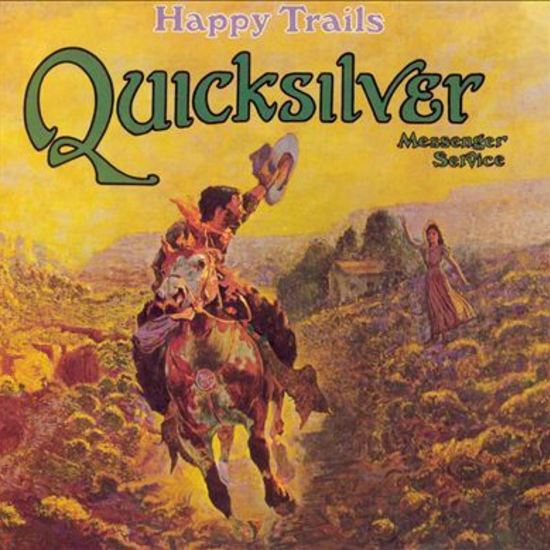 • This album is the last to feature the original quartet incarnation of QMS.

Without question, this follow-up to Quicksilver Messenger Service’s self-titled debut release is the most accurate in portraying the band on vinyl in the same light as the group’s critically and enthusiastically acclaimed live performances. The album is essentially centered around the extended reworkings of Bo Diddley’s “Who Do You Love?” and “Mona,” as well as the lesser lauded — yet no less intense — contribution of Gary Duncan’s (guitar/vocals) “Calvary.” This album is the last to feature the original quartet incarnation of QMS. The collective efforts of John Cipollina (guitar/vocals), Greg Elmore (percussion), David Freiberg (bass/vocals), and the aforementioned Duncan retain the uncanny ability to perform with a psychedelic looseness of spirit, without becoming boring or in the least bit pretentious. The side-long epic “Who Do You Love?” suite is split into an ensemble introduction and coda as well as four distinct sections for the respective bandmembers. The perpetually inventive chops of QMS are what is truly on display here. The musicians’ unmitigated instrumental prowess and practically psychic interaction allow them to seamlessly weave into and back out of the main theme. Yet all the while, each player takes center stage for uncompromising solos. “Mona” and its companion, “Calvary,” continue in much the same fashion.

Here the members of QMS play off each other to form a cohesive unit. This track also contains some of Cipollina’s finest and most memorable fretwork. He is able to summon sonic spirits from his guitar in a way that is unlike any of his Bay Area contemporaries. A prime example of his individuality is the frenetic “Maiden of the Cancer Moon” — ascending from the remnants of “Mona.” The angst and energy in Cipollina’s guitar work and line upon line of technical phrasing could easily be considered the equal of a Frank Zappa guitar solo. The brief title track, a cover of Roy Rogers and Dale Evans’ “Happy Trails,” seems almost insignificant in the wake of such virtuoso playing. It clears the sonic palette and also bids adieu to this particular fab foursome of psychedelia.