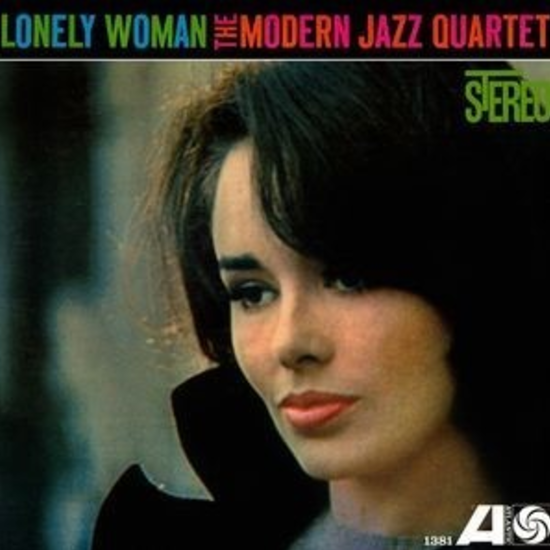 Having sponsored Ornette Coleman at the School of Jazz near Lennox, MA, pianist and composer John Lewis helped launch the controversial career of one of the last great innovators in jazz. Lewis’ support of the ragtag Texas native was somewhat unique in jazz circles at the time and even surprising, especially considering the gulf between the classical jazz formality of his group the Modern Jazz Quartet and Coleman’s radical notions of free improvisation. Nevertheless, Lewis not only saw in Coleman the first jazz genius since bebop’s Parker, Gillespie, and Monk, but put pay to the praise with the MJQ’s 1962 rendition of one of Coleman’s most famous numbers, “Lonely Woman.” (Along with Art Pepper’s 1960 version of “Tears Inside,” this was one of the earliest of Coleman covers done.)

The 1962 Atlantic album of the same name turns out to be one of the band’s best efforts. Lewis and fellow MJQ members Milt Jackson, Percy Heath, and Connie Kaye capitalize on the dramatic theme of “Lonely Woman” while adding a bit of chamber music complexity to the mix. The quartet doesn’t take Coleman’s free form harmolodic theory to heart with a round of quixotic solos, but the group does spotlight the often overlooked strength of his compositional ideas. And while the MJQ further plies its knack for involved pieces on Lewis originals like “Fugato” and “Trieste,” the group also balances out the set with looser material more in tune with Jackson’s blues and swing sensibilities.