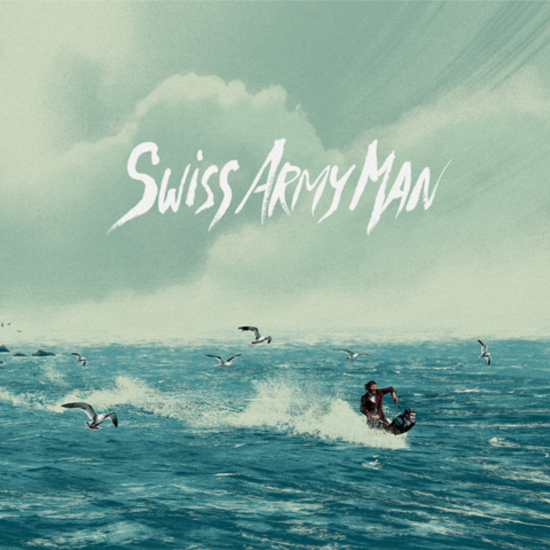 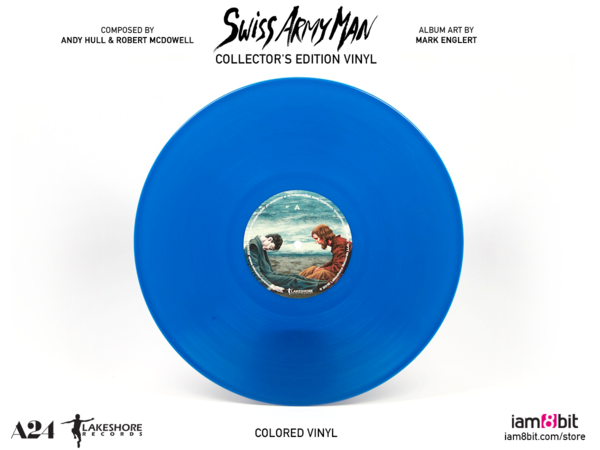 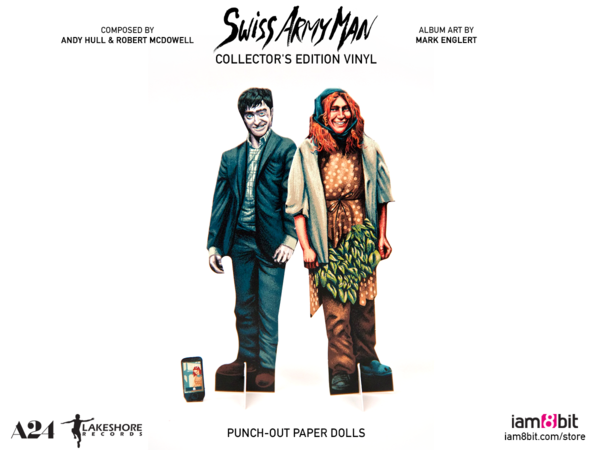 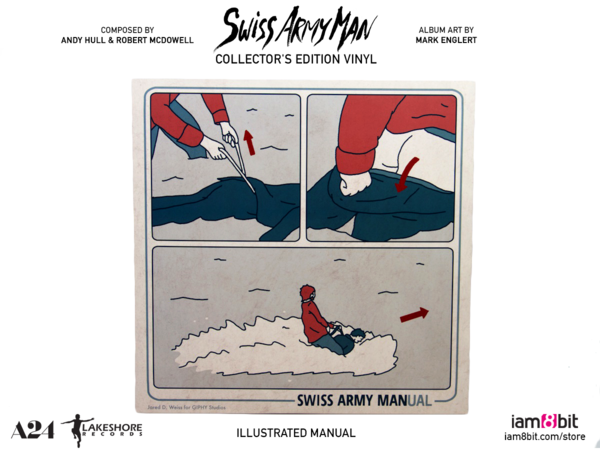 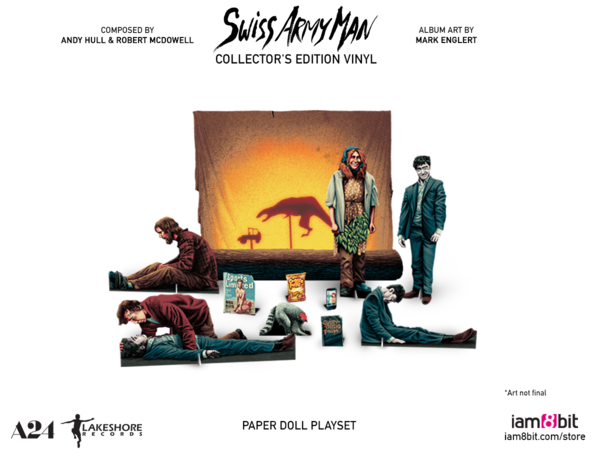 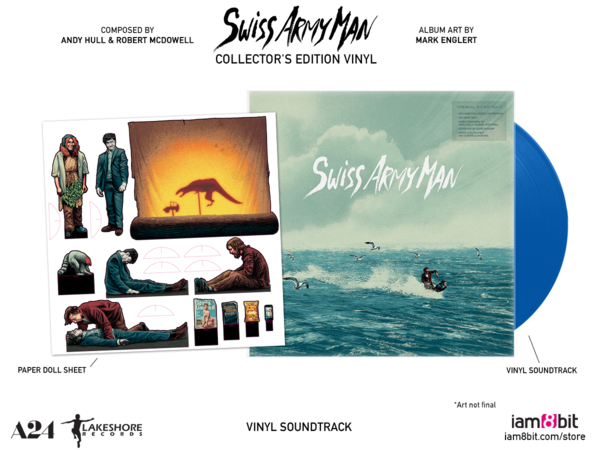 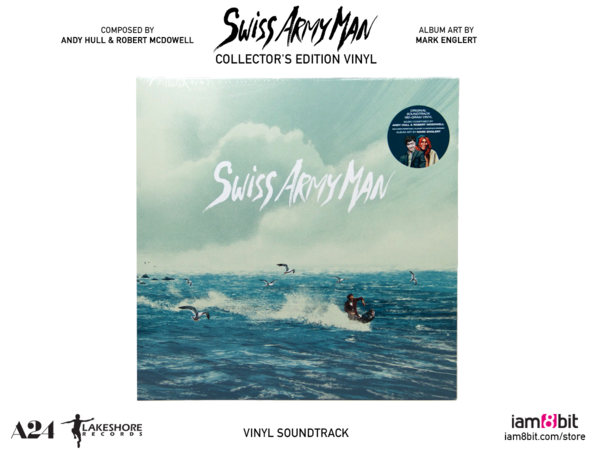 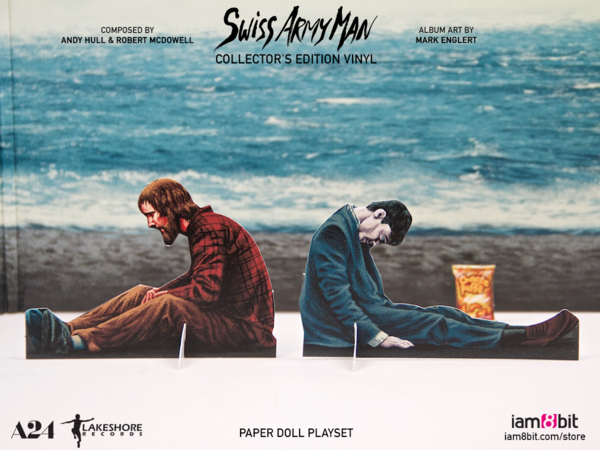 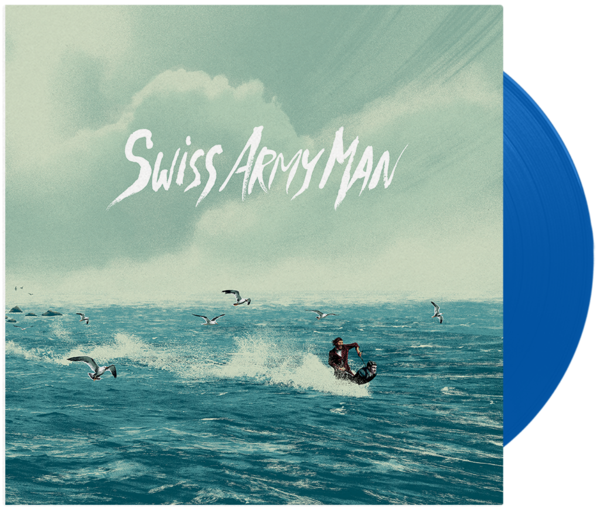 A24, Lakeshore Records and iam8bit have rallied together to create one of the most unique vinyl albums in recent memory, as a compliment to one of Sundance 2016’s most breakout and gutsy films, Swiss Army Man.

Composed by Andy Hull and Robert McDowell, members of the prestigious Manchester Orchestra, the sounds present here aren’t what you’d expect. The duo has, in fact, shattered convention entirely, incorporating the melodic voices of stars Paul Dano and Daniel Radcliffe, into an almost completely A cappella experience.

No ordinary package design would do for such a transcendent soundtrack, so we’ve got that covered, too!

Through immaculate illustration, artist Mark Englert brings the film’s unusual and surprisingly sentimental universe to life with an album art concept that defies industry standards. While the media has pegged this as the “farting corpse movie,” what lies within the film’s moving narrative is a deep and complex friendship between Manny (Daniel Radcliffe) and Hank (Paul Dano). Lovingly accentuated via a paper doll diorama playset, several important character moments come to life against the backdrop of beachside beginnings (i.e. an inventive use of the record’s gatefold).

As with all new iam8bit music releases, the audio is mastered specifically for optimal vinyl audio quality.