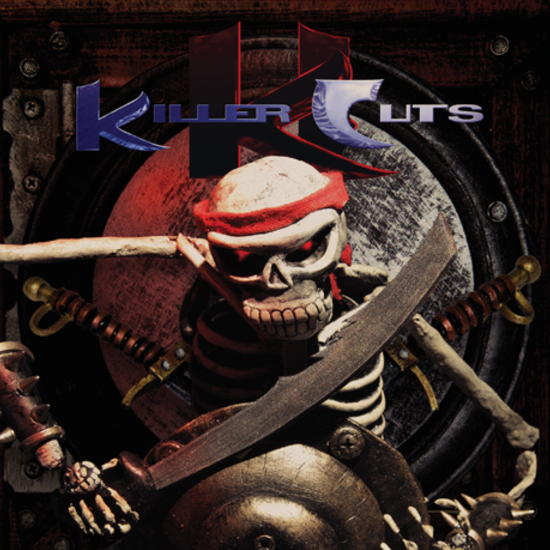 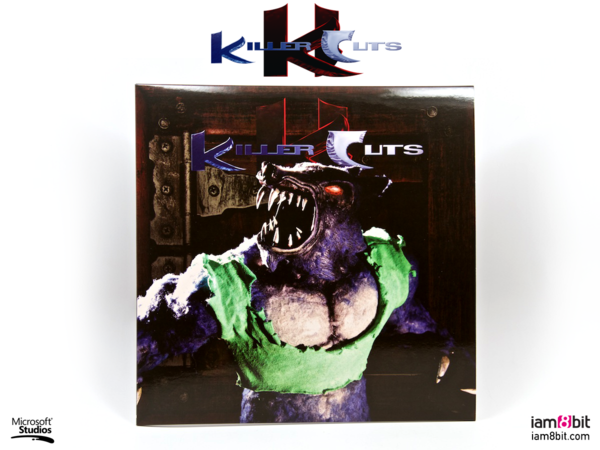 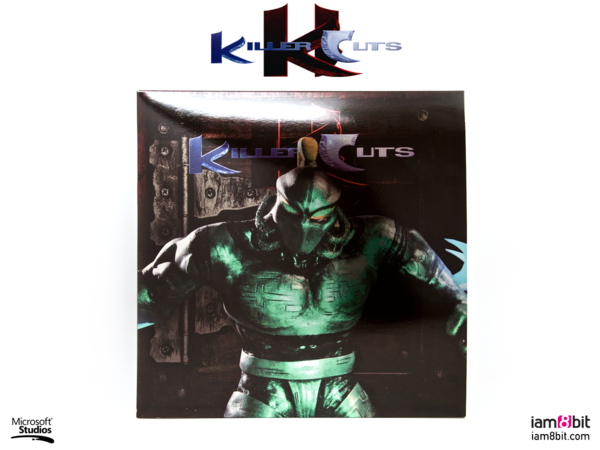 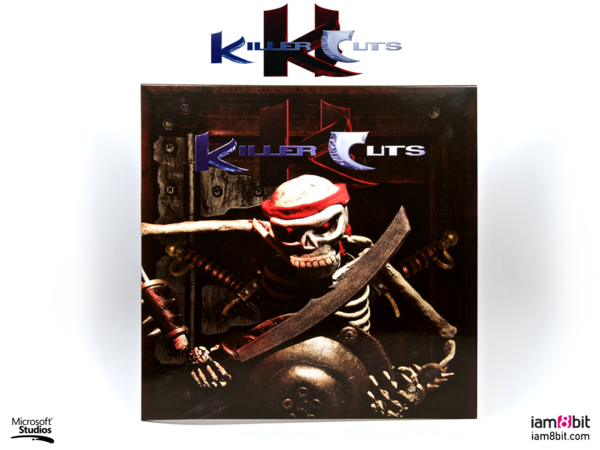 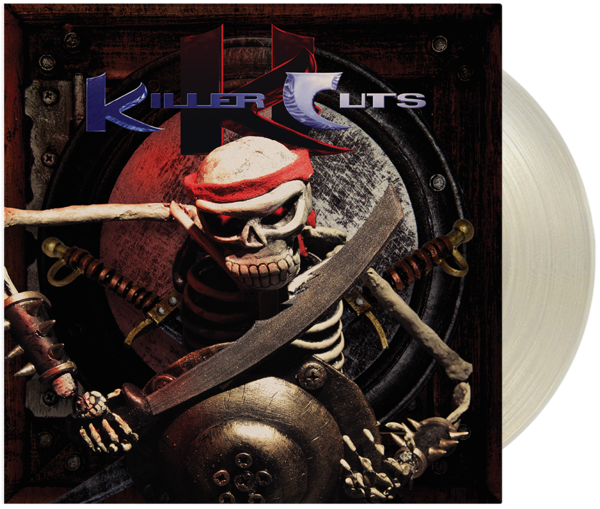 The soundtrack to the original Killer Instinct is the most epic fighting game soundtrack ever produced. Robin Beanland and Graeme Norgate’s music spans metal, rock, hip-hop, and of course… glorious 90’s pop.

Since the very first vinyl record that iam8bit minted, we’ve dreamed that, one day, we’d find ourselves in the hallowed halls of the KI coliseum! So it’s a great thrill to announce that we’ve collaborated with Xbox to resurrect the legendary album, Killer Cuts, now for the very first time on wax… and it only took 21 years!

The original Killer Cuts cover featured a then-state-of-the-art CG version of Spinal, as if flung out of a 1930’s claymation film – dark, sinister, and cheesy in the best possible ways. We strove to maintain this traditional vibe by recreating Spinal as an ACTUAL hand-crafted puppet. To do this, we worked closely with master puppet fabricator, Chelsea Bayouth (who’s worked on shows like Robot Chicken), to construct both Spinal – as well as the background elements – completely from scratch!

This experience was so amazing that we thought – why stop there? We HAD to make Sabrewulf… and Fulgore, too! The fabrication of these hand touched figures took weeks of meticulous craftsmanship, which was then photographed and professionally composited to give you the awesome covers that you see today.

We consider this Killer Cuts 2.0 – a nod to nostalgia, with visual embellishments that allow the artistry involved to truly shine.

As for the music – as with all iam8bit vinyl releases, the audio is mastered specifically for vinyl audio supremacy – this time by Infrasonic Sound, whose studio just so happens to be right down the road from our headquarters in Echo Park, California. Sparing no detail, we even asked them to cut a “locked groove” of the famous “c-c-c-combo breaker” shout at the end of side A. What’s a “locked groove,” you ask? Well, it’s when the needle of the record player gets trapped in an endless cycle, providing infinite hours of “c-c-c-combo breaker” fun!

Trust us when we say — you’ve never heard Killer Cuts until you’ve heard it on VINYL!