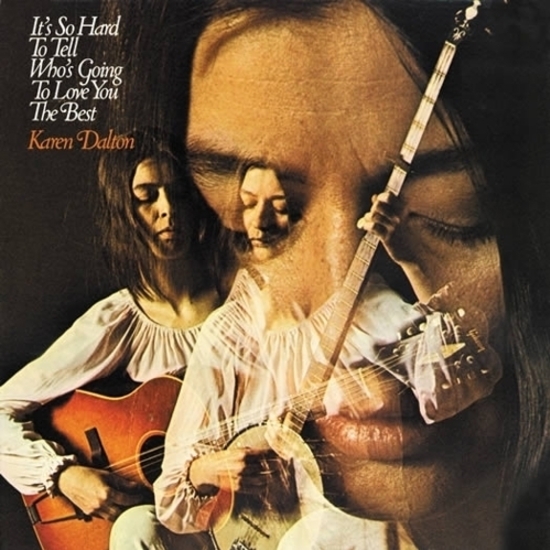 After re-releasing vaunted folk-singer Karen Dalton’s sophomore LP In My Own Time in 2006, Light In The Attic Records are proud to announce a much needed official vinyl reissue of her 1969 Capitol debut. It’s So Hard To Tell Who’s Going To Love You The Best is a heart wrenching and bluesy introduction to the intoxicating world of Dalton and her deep well of musical secrets. Take a load off and pull up a chair.

It’s So Hard To Tell spans generations of classic American songwriting (Led Belly, Jelly Roll Morton, and Tim Hardin) and with Dalton’s unsurpassed interpretive depth and emotional range, it’s no surprise that artists from Fred Neil to Nick Cave have sung Dalton’s praises over the years. Even the likes of Bob Dylan have fallen under her spell, recalling the singer’s illuminating presence on the New York music scene during the pair’s formative Greenwich Village days: “My favorite singer in the place was Karen Dalton. She had a voice like Billie Holiday’s and played the guitar like Jimmy Reed.” But championing endorsements aside, all you have to do is drop the needle on the grooves to understand.

World weary and filled with the blues, Dalton’s tragic life story was a rocky road. While no longer with us in the physical, her growing musical presence is stronger than ever and worthy of re-examination by the converted and uninitiated alike. Selling poorly at the time of release, original vinyl copies of It’s So Hard To Tell Who’s Going To Love You The Best have all but vanished while bootleg internet rips take away all the soul. With period artwork, tip-on jacket, extensive liner notes, photos, and clear audio re-mastered from the original Capitol masters, this Light In The Attic reissue is set to become the definitive analogue version of Dalton’s stunning debut. Dim the lights and turn that stereo up, Karen Dalton will turn your living room into private concert, an intimate performance you will never forget. 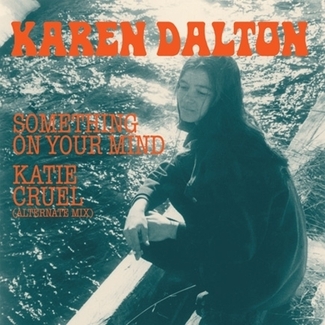