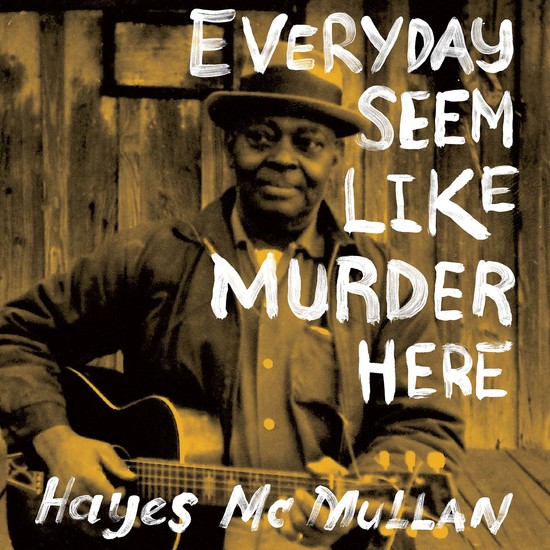 Bluesman. Sharecropper. Church deacon. Civil Rights activist. Hayes McMullan should be a name on every Blues aficionados’ short-list and thanks to the preservation fieldwork carried out by one of the genre’s greatest researchers some 50 years ago – it might soon be.

Born in 1902, Hayes McMullan was discovered by the renowned American roots scholar, collector and documentarian Gayle Dean Wardlow. Wardlow, author of the seminal blues anthology Chasin’ That Devil Music – Searching for the Blues, may be most famous for uncovering Robert Johnson’s death certificate in 1968, finally revealing clues to the bluesman’s mysterious and much disputed demise. Moreover, in his tireless and committed mission to preserve the Blues for future generations, he captured McMullan’s raw talent on tape and on paper. Wardlow recorded these sessions, transcribed the songs and now, writes the sleeve-notes for this landmark release.

Wardlow and McMullan met by chance on one of the former’s record-hunting trips, in Tallahatchie County, Mississippi, in 1967. Having introduced himself to McMullan on a hunch, it turned out this unassuming elderly man had not only heard of Wardlow’s idol, Charley Patton, but had played alongside him in the 1920s, as part of a brief musical journey that took him from the plantation to the open roads and juke joints of the Depression-era South. Striking up a friendship that was deemed unorthodox in 1960’s Mississippi, Wardlow traveled to McMullan’s sharecropper’s shack and convinced him to play guitar for the first time since he quit the Blues for the Church in the 30’s. “Hayes was playing like no one I had ever heard,” Wardlow writes with amazement.

Wardlow visited McMullan on a handful of occasions, always taking his recorder, a guitar and some whiskey with him. It was during these visits that Wardlow captured – with surprising clarity – the songs that make up Everyday Seem Like Murder Here.

Hayes McMullan passed away at the age of 84 in 1986, his talent and legacy largely unknown. “Reflecting now on our brief time together, I marvel at the small glimpse of something much larger I was lucky to have captured,” writes Wardlow. “The few old snapshots I took, the handful of tunes we recorded, and his brilliant performance of “Hurry Sundown” captured on film are all that’s left of the musical legacy of Hayes McMullan, sharecropper, deacon, and—unbeknownst to so many for so long—reluctant bluesman.”